The eight most beautiful forests in Spain to visit in autumn

Nature faces the change of season. The vegetation prepares for the arrival of the cold. Colors change, nuances multiply. Spain has a rich heritage 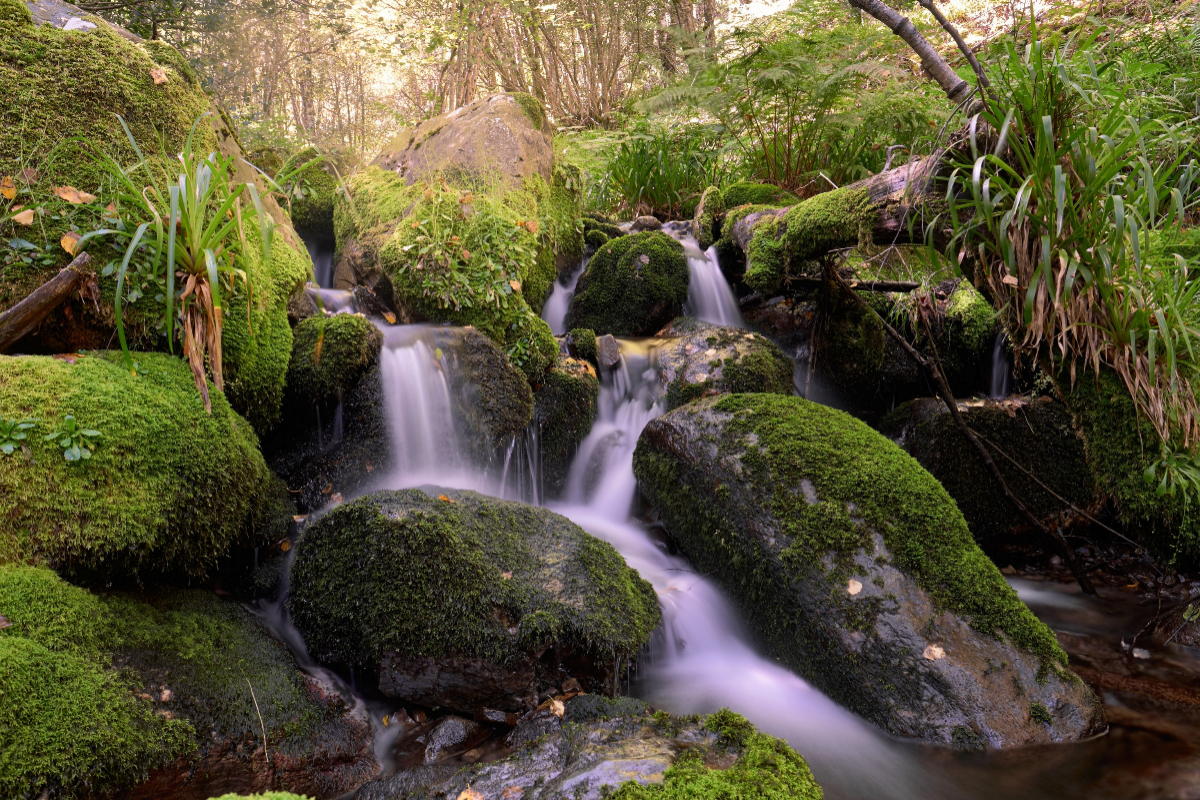 Nature faces the change of season.

The vegetation prepares for the arrival of the cold.

for hiking, photography or simply being carried away by the magic of the trees and their surroundings.

Of course, to access the Muniellos reserve, where the wood for the construction of the

, a permit must be previously requested.

Currently only 20 people enter a day.

Fragas do Eume (A Coruña)

Hermitages, bridges and trails that have been absorbed by one of the best preserved Atlantic riparian forests on the continent

Barely 500 people live within its 9,00 0 hectares, which gives an idea of ​​the virgin state of these exuberant forests that follow the course of the Eume River

The park has the shape of a triangle where poplars, oaks, ash trees, alders, more than 20 species of ferns and 200 of lichens emerge.

The vegetation is so dense that it barely lets any light through, as is discovered on the way to the Caaveiro monastery, an ancient monastery with more than a thousand years of history.

The forest, one of the most spectacular in Catalonia,

thanks to the microclimate and the isolation of the closed valley.

Autumn is the best time of year to visit, but it can only be accessed on foot from the north by the Bracons pass or from the south, from the hermitage of San Nazario, built in 1382, which is accessed by a path from Sant Andreu de la Vola.

Due to the size of the trees and its location in a narrow valley, the forest is often used as a brand new auditorium.

In the high areas of the Anaga Rural Park, Biosphere Reserve, you will find the best representation of the laurel forest in all of Tenerife.

A plant relic that survives on the island after glaciations made it disappear from the Mediterranean basin 40 million years ago.

Its moss, its twisted trunks, its horizontal rain allow the visitor to travel back in time

A contrast that increases with the volcanic formations (rocks, dikes, cliffs, ravines) that surround its multiple trails, many of which lead to wild black sand beaches. Accommodation can be booked here.

The spectacular natural landscape of Gorbea stretches between the provinces of Álava and Vizcaya, establishing

a green blanket of trees (mainly beech and oak) around the top of Mount Gorbea, which is 1,481 meters high

Its overflowing and mysterious nature hides all kinds of activities: ascent to the Sanctuary of Gold, beekeeper in the Honey Museum or rowing and sailing in the Ullibarri-Gamboa reservoir are some of them.

Only the German Black Forest can boast of being a beech-fir tree more extensive than this 17,000 hectare forest.

Despite being exploited forest since the 15th century, it has managed to be fully preserved thanks to the good work of the inhabitants who live in its valleys, in towns that seem taken out of a story.

and a multitude of other inhabitants that contribute to this environment a great environmental wealth.

It boasts of being the largest cork oak forest in Spain and the best preserved in Europe, and whoever visits it will have no doubt that it is in a unique place.

More than 170,000 hectares between Cádiz and Malaga give a good account of its richness in flora, fauna, climate, history and folklore

: the Neanderthals recorded their passage with cave paintings in different caves while nature makes the cork oaks form authentic forests (from which the cork is still being removed) accompanied by rich vegetation, rich in ferns, laurels, willows and ash trees. Accommodation can be booked here.

The Ordesa Valley is the most emblematic and visited area of ​​the Ordesa y Monte Perdido National Park, as well as one of the first protected areas in Europe (in 1918).

* By reserving some of these accommodations through our website, readers will not get discounts or additional benefits, but they will contribute to METRÓPOLI obtaining a commission for each reservation as an affiliate of the Booking.com program.

PlansRestaurante Abascal, the new trendy place in Chamberí where everyone wants to go

Six places not to miss the bellowing