Over the next two days, the small town of Belmonte, in the south of the Cuenca province, takes a leap back in time and returns to the Middle Ages. Visitors to ... 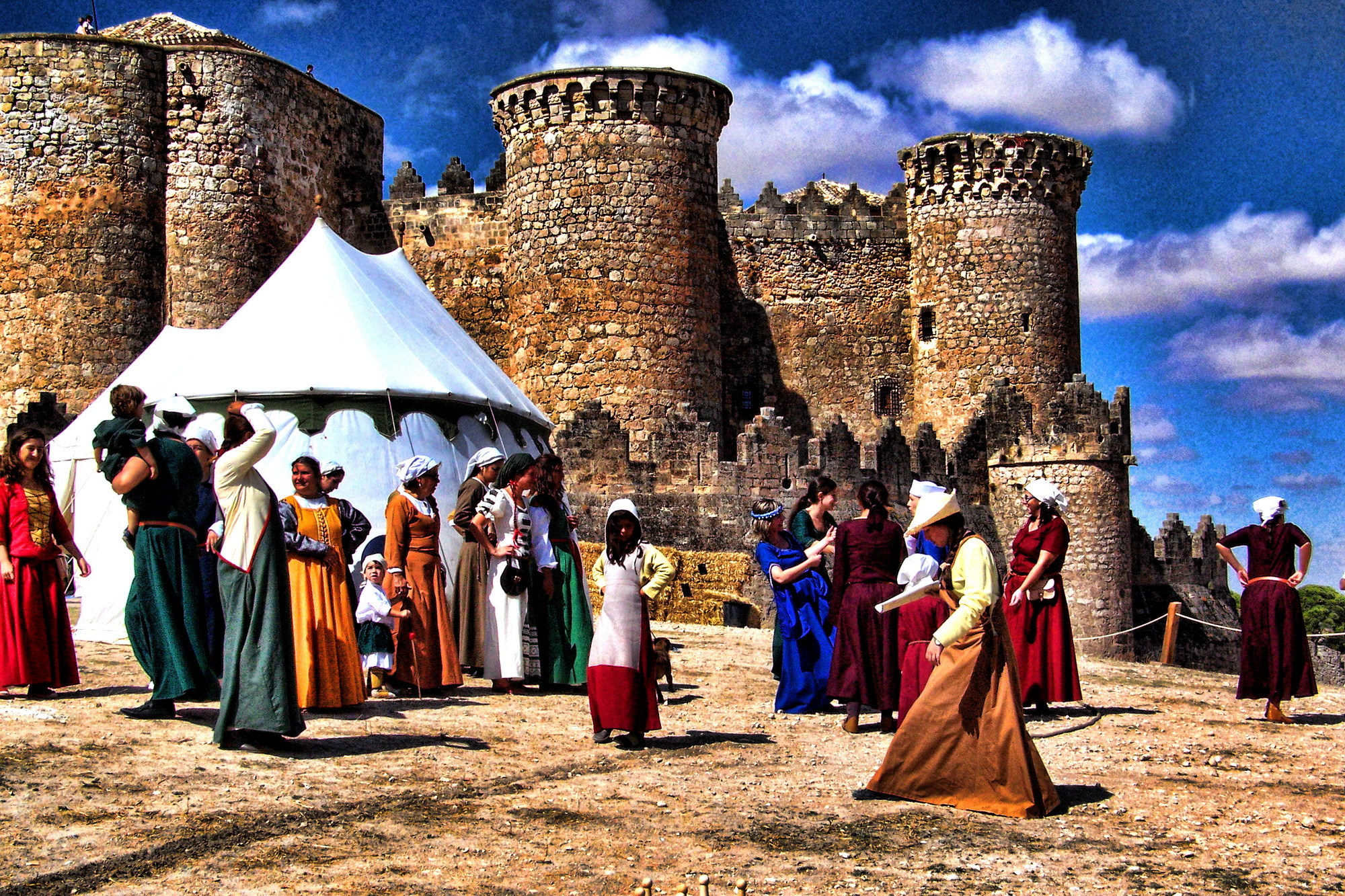 Over the next two days, the small town of Belmonte, in the south of the Cuenca province, takes a leap back in time and returns to the Middle Ages. Visitors who escape to the charming Castilian town of La Mancha an hour and a half from Madrid will find soldiers dressed in the colorful warrior clothing of the fourteenth and fifteenth centuries, a craft market set in the past with medieval products and utensils, taverns, buffoons, beggars, belly dancers, falconers and a whole battlefield at the foot of the town's main tourist attraction,

, a 15th century fortress that crowns the hill of San Cristóbal, ordered to be built by Juan Pacheco, first Marquis of Villena in 1456.

The reason for all this staging is the

in which, on Saturday 25 and Sunday 26, more than 100 fighters from 7 national and international teams will participate, who will compete hand-to-hand with each other or by teams, as they did in the Middle Ages.

It is an incredible spectacle from another time turned into a sport that is spreading all over the world.

The fights will be held in the esplanade located at the foot of the Castle, in different modalities of duels, melés or group battle, in which there will be no shortage of swords, shields, buckles and polearms.

The competition is regulated by a strict disciplinary code that safeguards the safety of the participants (price: 16 euros; tournament + visit to the castle, 19 euros; tickets here).

Medieval town at the foot of the Castle.

In addition to the fighting, there is another activity in the town of Cuenca that transports visitors to times gone by. This is

: the largest exhibition of full-scale siege engines in the world (up to 40). The guided tour led by the Master of Arms includes a tour divided into four different thematic areas (Christian world, Muslim world, Eastern world and Renaissance), which discovers how squares and castles were besieged or conquered from the 5th to the 15th century. The experience is complemented with a visit to the

where the falconer explains what the art of raising, taming and teaching birds to hunt for poultry consists of (price: visit to the Castle and Trebuchet Park, 12 euros) .

Strolling through the narrow streets of Belmonte, flanked by its stately homes, will also transfer the public to ancient times.

Throughout the walled enclosure, with five gates (San Juan, Chinchilla, Almudí, Toledo and Puerta Nueva), of which three continue to be accessible to the population, there are numerous enclaves that are worth a visit. , like the

old Convent of the Jesuits

and the Old Corral de Comedias.

The Collegiate Church of Belmonte.

Without a doubt, the

Built in the middle of the 15th century on the old parish of the 5th century, it is a National Monument and its style is mainly Gothic.

Of great proportions, it has two doors, the one of the Sun, oriented to the south, and the one of the Perdones, to the west and in which the figure of Saint Bartholomew appears.

Inside, the choir stalls stand out, which belonged to the Cathedral of Cuenca, the Chapel of the Annunciation, that of San Pedro and San Pablo, the Main Chapel, that of Santiago and that of Baptism (which preserves the baptismal font of Fray Luis de León).

In it are also the tombs of the family of the Marquis of Villena (schedule and price of visits here).

Next to the Collegiate Church, in the highest area of ​​the town, this rustic-style hotel is located in a 16th-century building.

Old manor house from the 18th century restored and fitted out as a guesthouse.

It has 13 rooms, restaurant and free parking.

The imposing Castle of Belmonte.

* By reserving these accommodations through our website, readers will not get discounts or additional benefits, but they will help Metrópoli to obtain a commission for each reservation as an affiliate of the Booking.com program.

TourismThe concern about losing the UNWTO headquarters reaches Europe: "It is unthinkable that it is not in Spain"