"Can be considered the creator of Odessa": how the Duke of Richelieu developed Novorossiya

The outstanding Russian and French statesman Armand Emmanuel Sophia Septi-mani de Vignero du Plessis, Duke de Richelieu, was born 255 years ago. While in the Russian service, he participated in the capture of Izmail, and then led Odessa and the Novorossiysk Territory, making a huge contribution to their socio-economic and cultural development. Returning to France, he headed its government and directed the reconstruction of the country after the Napoleonic Wars. According to historians, the brilliant organizational skills of the Duke of Richelieu were combined with personal simplicity and disinterestedness. 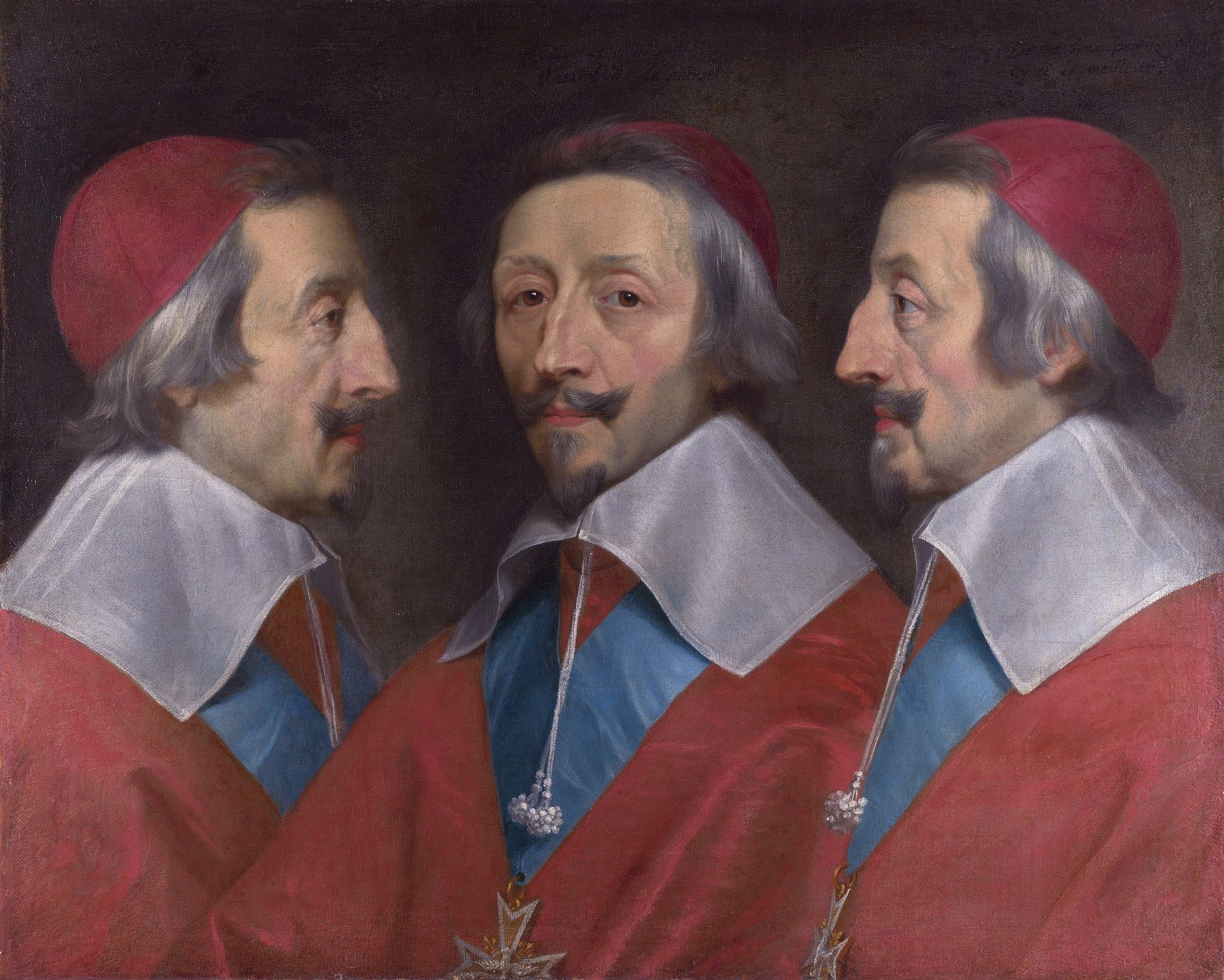 “He was the great-great-great-nephew of the famous minister of Louis XIII, Cardinal Richelieu,” said Vitaly Zakharov, professor at Moscow State Pedagogical University, in an interview with RT.

According to the expert, in his youth, the future Odessa mayor received a good education at home and studied at the prestigious Paris College of Plessis.

He married early and traveled extensively in Europe.

In 1784, du Plessis entered the service as a junior officer in the Dragoon regiment of Queen Marie Antoinette, and a year later took the court post of the first chamberlain.

“It was a very big career growth that caused envy,” Natalya Tanshina, a professor at the RANEPA and Moscow State Pedagogical University, doctor of historical sciences, said in a conversation with RT.

The young aristocrat himself was shy and modest, social life weighed down on him.

He set off on a new trip to Europe, and when he returned, a revolution took place in France.

Du Plessis decided to leave his homeland and asked to serve in Russia.

In 1790, he volunteered to take part in the storming of Ishmael.

For the displayed valor, he was awarded the Order of St. George of the 4th degree and a golden sword with the inscription “For Bravery”.

In 1791, after the death of his father, he inherited his estates and the title of Duke of Richelieu.

“Everyone is enthusiastic about the Duke of Richelieu.

God grant that in time he will become for France what the cardinal was, without, however, having his vices.

Contrary to the National Assembly, I want him to remain Duke of Richelieu and contribute to the restoration of the monarchy, ”wrote Empress Catherine II about the young French aristocrat.

Returning to France, Richelieu distributed the huge debts his father had accumulated and passed on the proceeds from the remnants of the family fortune to his sisters.

He tried to support King Louis XVI, but when it became clear that the monarchy had finally fallen, he again went to Russia, having received permission from the new authorities for this.

Now he officially entered the service of the Russian Empire with the rank of lieutenant colonel (in some sources - colonel).

In Russia, Richelieu was enlisted in excess of the kit in the Tobolsk Infantry Regiment.

He was instructed to form two regiments of infantry from the French emigrants located on the Rhine, who would wish to move to the shores of the Azov Sea.

However, they did not want to go to the uninhabited steppes.

Richelieu stayed in Europe for a while.

"Catherine II wanted to use Richelieu to collect data on the Austrian army," Ekaterina Glagoleva, writer and author of the book "Duke de Richelieu", told RT in an interview with RT.

Richelieu, together with the Austrian army, participated in battles against the troops of revolutionary France.

At home, he was included in the list of emigrants and his property was confiscated.

After the defeat of Austria, Richelieu was recalled to Russia and transferred to the Cuirassier military order regiment, which he soon led.

In 1797 he was promoted to major general and appointed commander of His Majesty's Cuirassier regiment.

Paul I, who came to power after the death of Catherine II, treated those who were patronized by his mother coldly.

According to experts, the relationship between the new tsar and Richelieu was bad.

“The emperor took the case when Richelieu, together with his team, unauthorizedly began to extinguish the fire as a violation of command,” said Natalya Tanshina.

However, he could not achieve success due to his unwillingness to show obedience to the new authorities.

Soon he received a letter from the emperor Alexander I, who replaced Paul I, with whom, according to experts, Richelieu was friends when he was still the crown prince.

“You know my feelings and my respect for you, and you can judge by them how pleased I will be to see you in St. Petersburg and know that you serve Russia, which you can bring so much benefit,” the new Russian emperor wrote to his comrade ...

Richelieu was accepted into the civil service, having received money and an estate from Alexander I.

In addition, the Russian authorities made Napoleon exclude Richelieu from the list of emigrants and issue him an official permit to serve in Russia as a French citizen.

According to Natalia Tanshina, Alexander I, knowing Richelieu's honesty, appointed him mayor (military governor) of Odessa in 1803.

As historians note, Odessa at that time was considered a purely nominally city.

“Before the governorship of Richelieu, it was, in fact, just a village, in which there was only one large stone house, and the barracks and quarantine were in a completely disordered state.

According to experts, Richelieu actively took up the development of Odessa. He eliminated numerous levies that did not allow trade to develop normally, introduced a single fee, and secured the allocation of money from the emperor for the development of the city. Richelieu built two ports - for ships sailing on local and foreign voyages, created conditions for the organization of quarantine, and erected warehouses. He allocated land for building free of charge and provided loans to those who want to develop the city. Financial and insurance institutions appeared in Odessa. If in 1802 the city made deals worth 2 million rubles a year, then in 1813 this figure approached 25 million. The population of Odessa from 1803 to 1813 grew from 8 thousand to 35 thousand people.

In addition to the economy, Richelieu was also involved in the cultural development of Odessa and its improvement.

A theater appeared in the city, educational institutions were opened (parish schools, a district school and an institute with a gymnasium, on the basis of which a lyceum arose, later named after Richelieu himself).

“Thanks to the efforts of Richelieu, Odessa has turned into a beautiful comfortable European city with a port.

And two years after his appointment to Odessa, Richelieu simultaneously became the head of the entire Novorossiysk Territory, "Natalia Tanshina emphasized.

Kherson, Yekaterinoslav and Tauride provinces, including the Crimea, were under the rule of Richelieu. As historians note, at the time of its annexation to Russia, at the end of the 18th century, Novorossiya was an almost deserted steppe. Catherine II and Grigory Potemkin took a number of measures for the development of the region, but they did not manage to do much. Richelieu continued their work with the support of Alexander I. He attracted colonists to Novorossiya, developed agriculture on the territory of the region, including with the introduction of agricultural machines. Sheep breeding also developed under his patronage in Novorossiya.

Richelieu paid special attention to the Crimea. Under his leadership, salt extraction was established on the peninsula, baths with medicinal mud were equipped, mulberry, laurel and olive trees were planted, grape cultivation and winemaking developed. The local nomadic population with its help moved to a sedentary life. On the initiative of Richelieu, the famous Nikitsky Botanical Garden was laid out. He helped Richelieu with the arrangement of the economy and the construction of fortifications and the Cossacks who moved to the Kuban.

The quarantine measures taken by Richelieu in 1812-1813 made it possible to stop the plague epidemic in Novorossia.

The governor himself personally visited the patients at home and helped to look after them.

Contemporaries noted the extreme simplicity and modesty of Richelieu.

He lived in an ordinary house and constantly communicated with the townspeople on the streets of Odessa, finding out what worries them and providing people with all possible help.

In the city he was called simply "Duc" (from the French duc - duke).

In 1814, Richelieu traveled to France to deal with old legal problems.

After Napoleon's return from Elba, the duke took part in the campaign of the Russian army, being at her headquarters.

And when the restoration of the Bourbons took place, Richelieu, at the joint insistence of Alexander I and Louis XVIII, became the first minister of France, although he himself did not want this appointment.

According to historians, thanks to the efforts of Richelieu, France quickly recovered from the Napoleonic Wars and paid indemnities.

However, he was weighed down by political intrigues.

In 1820, Richelieu, after his urgent requests, was dismissed.

He spent the money allocated to him by the state on charity.

Grateful residents of Odessa, at their own expense, erected a monument to their mayor in the center of Odessa.

A street, several educational institutions and a garden were named after him.

“Richelieu, to some extent, can be considered the creator of Odessa as a city and as a port.

His contribution to the development of Crimea is also great.

The northern Black Sea region before him was a half-empty area, and with its help it turned into a flourishing land.

His contribution to the history of our country is enormous, ”summed up Vitaly Zakharov.