It was one of the most anticipated openings of the end of last year. After three years closed, the Convent of San Marcos de León (today National Parador), one of the great jo 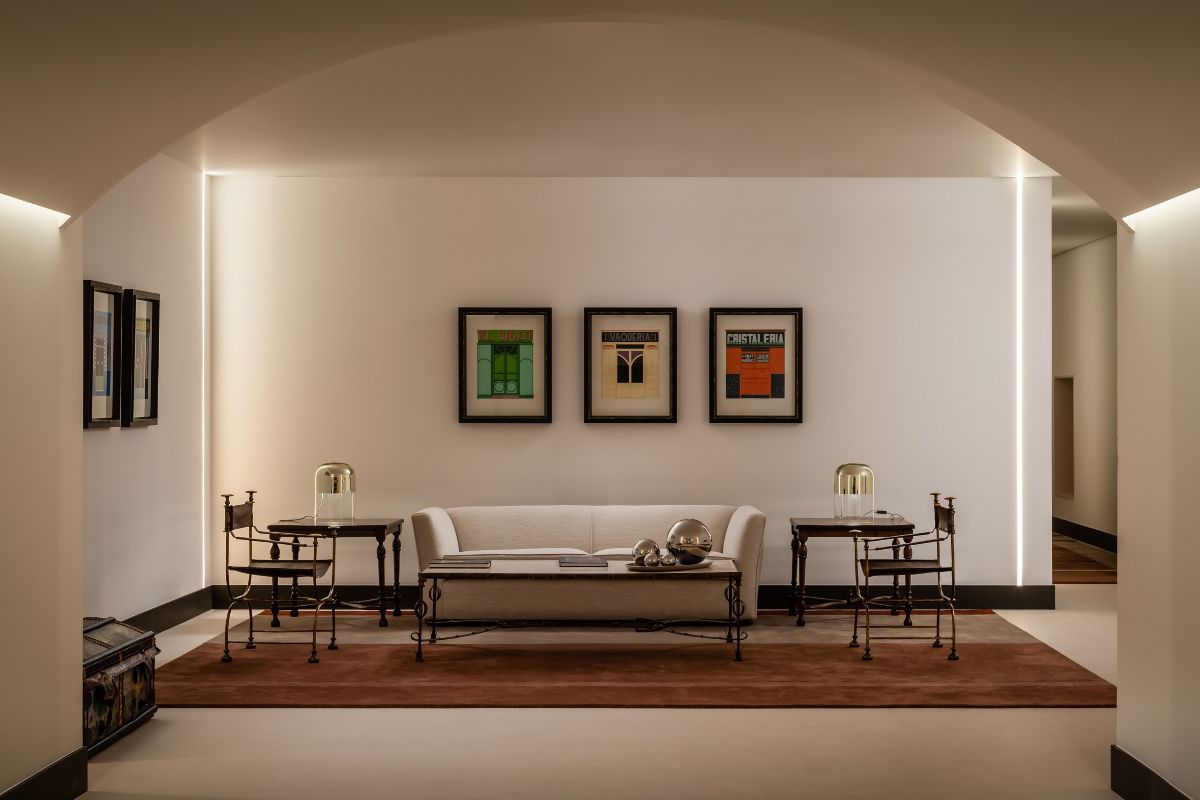 It was one of the most anticipated openings of the end of last year. After three years closed, the

(today National Parador), one of the great jewels of the city's architecture and one of the most important monuments of the Spanish Renaissance, opened its doors completely renovated in its interior and with a 5-star Grand Luxury category. Nine months later, the historic establishment has been recognized as

the Best Hotel in Europe with less than 50 rooms

for its design in the latest edition of the International Hotel & Property Awards, the world awards for hotel and restaurant design organized by the prestigious British specialized magazine

The award has been awarded to the interior studio Merry Design Studio, responsible for the Parador's makeover, which has won out over three other high-level international firms with which it competed in this category: Ampersand Interiors, with its work at Whittling House (Alnmouth, England), Liinteriors, in Port Hotel and Mastrominas Architecturei, for the interior design of Caravia Beach Junior Suites 7 Restaurant (Kos Island, Greece).

The Parador de León was not the first project that Merry Design had with this type of public establishment, but it was the most important. "We have designed the Parador Costa da Morte (Muxía, La Coruña), which was a new construction, and the one in Jaén, which was a facelift, but the one in San Marcos was a comprehensive reform of its interior and quite a challenge. difficult due to the requirements they asked of us, as it was a public tender, and a very limited budget, "says Alfonso Merry del Val, founder of the Spanish firm.

The main challenge was, according to him, in integrating the historical with the most current and contemporary design, until achieving a harmony with modern and minimalist rooms in which 600 old pieces are included (paintings, sculptures, lamps, armchairs, bedside tables. ..) of the old Parador that have been recovered for the project. "The exercise has been a bobbin lace. At first we did not know what to do with the pile of furniture that had been deposited in the Torrejón warehouse. In the tender documents we were forced to reuse a percentage of them in the new project and some were mandatory. Finally, we even exceeded that percentage because, although not all the pieces were of the same importance, they were of good quality, "says Del Val. As a result, "a potpourri with a lot of magic" has remained.and with a huge creative work behind it, always betting on the national product, both in textiles and rugs and in recovered furniture. "We wanted the simplest and most Castilian and we escaped from the pompous French pieces that had been stored in the warehouse".

The cloister converted into a glazed atrium with the Lucio Muñoz ceiling lamp.

One of the rooms that most attract the attention of the new Parador is one of the two cloisters.

The old one, San Marcos, was not touched, it was only cleaned, but the other was demolished and completely renovated, so that

today it is a four-story glazed atrium

with the cafeteria below and on the roof, one of the jewels of the Hotel:

, a piece of wood carved with oil paint and tempera.

It is the most avant-garde area of ​​the Hotel San Marcos, with minimalist furniture, paintings and sculptures.

Regarding the rooms, these are, according to Del Val, little treasures.

No two are alike and in them some old doors from the previous Parador have been reused, which have been transformed into headboards for the beds, as well as bedside tables, shoemakers ... "Until the day before the inauguration, we were changing furniture. so that they fit together perfectly and that each stay was exclusive ".

The San Marcos Convent is one of the most important monuments in León, mainly due to its spectacular 100-meter long Plateresque façade. The origins of this building go back to the 12th century, when a modest building was built on the outskirts of the walled city to house the poor of Christ. In the 16th century, the medieval building was demolished to build another on top. Between 1711 and 1715, there was a great enlargement, and another canvas was raised on the façade, perfectly imitating the one already present then. Before the Parador, it was a guesthouse in the 12th century, a prison (Francisco de Quevedo was imprisoned there), a cavalry barracks and a hospital. At present, it also houses the Museum of León, with remains and pieces of great historical-artistic value and objects of prehistoric, Roman and medieval art.and is attached to the Church of San Marcos. Price: from 320 euros / night. Reservations here.

The cloister of the Parador de León

* By reserving these accommodations through our website, readers will not get discounts or additional benefits, but they will help Metrópoli to obtain a commission for each reservation as an affiliate of the Booking.com program.

GetawayTrujillo, much more than sun and photovoltaic energy to make Leo DiCaprio fall in love