On the day of Chuseok, congested sections on the highway are increasing rapidly, and it is expected to reach its peak around 3 pm. Let's connect with reporters to find out the current traffic situation. 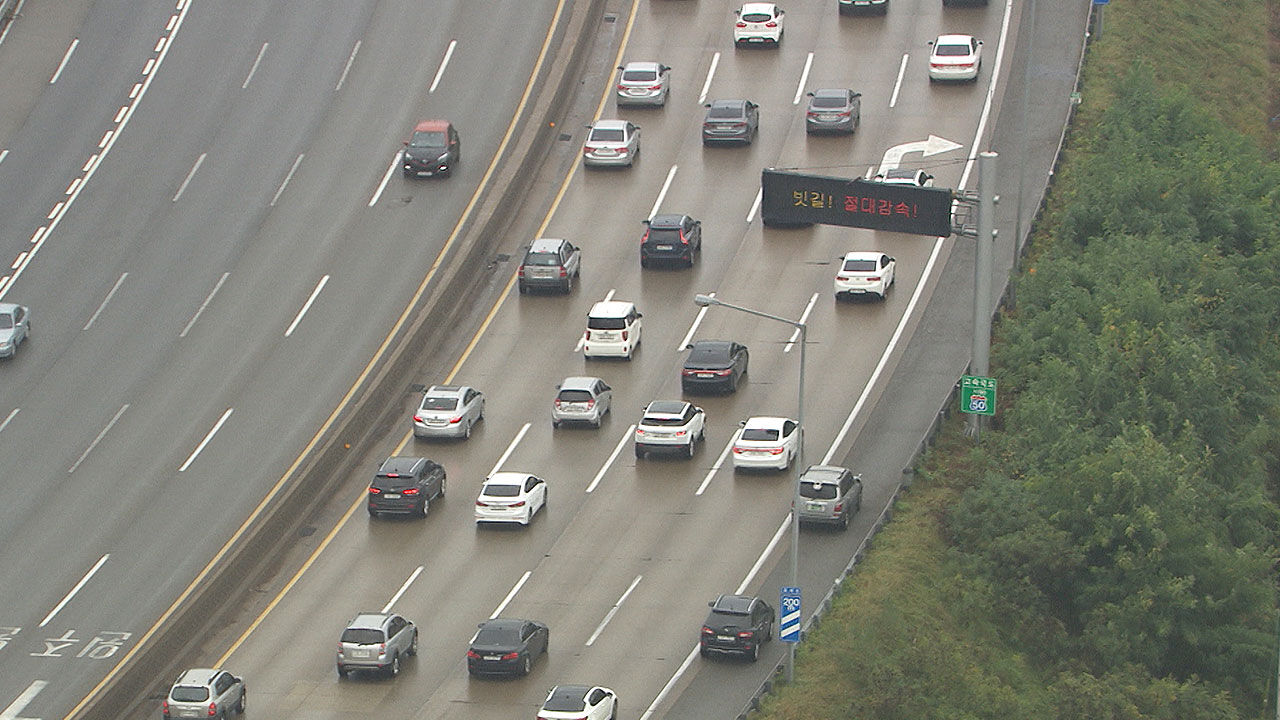 Today (21st), the day of Chuseok, congested sections are rapidly increasing on the highway, so it is expected to reach its peak around 3 pm. Let's connect with reporters to find out about the current traffic situation.

Yes, I am now at the Anseong rest area in Gyeonggi-do.

In the morning, traffic on the highway near the rest area was smooth, but there were noticeably more vehicles in the two hours before.

Vehicles on their way home from the final procession on Chuseok Day, plus rain, the congestion section is rapidly increasing.

The congestion on the return road, which is now starting to appear, peaks between 3 and 4 pm and is expected to be resolved after 9 pm.

If you leave Busan now, it takes 8 hours and 40 minutes to get to the Seoul tollgate.

From Mokpo to 8 hours 30 minutes, from Daegu 7 hours 40 minutes and Gangneung about 5 hours, the return trip is expected to be less easy than usual.

The Korea Expressway Corporation predicted that about 5.22 million vehicles will use the expressway across the country today.

This Chuseok holiday, families can gather up to eight people, and as the vaccination rate increases, more people seem to have returned to their hometowns than before.

Anseong rest area also said that the number of food sales per day yesterday was 13,000, a 12% increase compared to last year's Chuseok.

Quarantine authorities anticipate that the number of confirmed cases will gradually increase after the Chuseok holiday, so we have prepared temporary screening stations at 17 major highway rest areas, including this Anseong rest area.

You can easily get a corona diagnosis test at the test station on one side of the rest area, and yesterday, about 450 returnees were tested here.