Let's start with the current highway conditions. Today, the day before Chuseok, there is a lot of congestion in the direction of returning home. The congestion peaks around noon and seems to gradually dissipate in the evening. 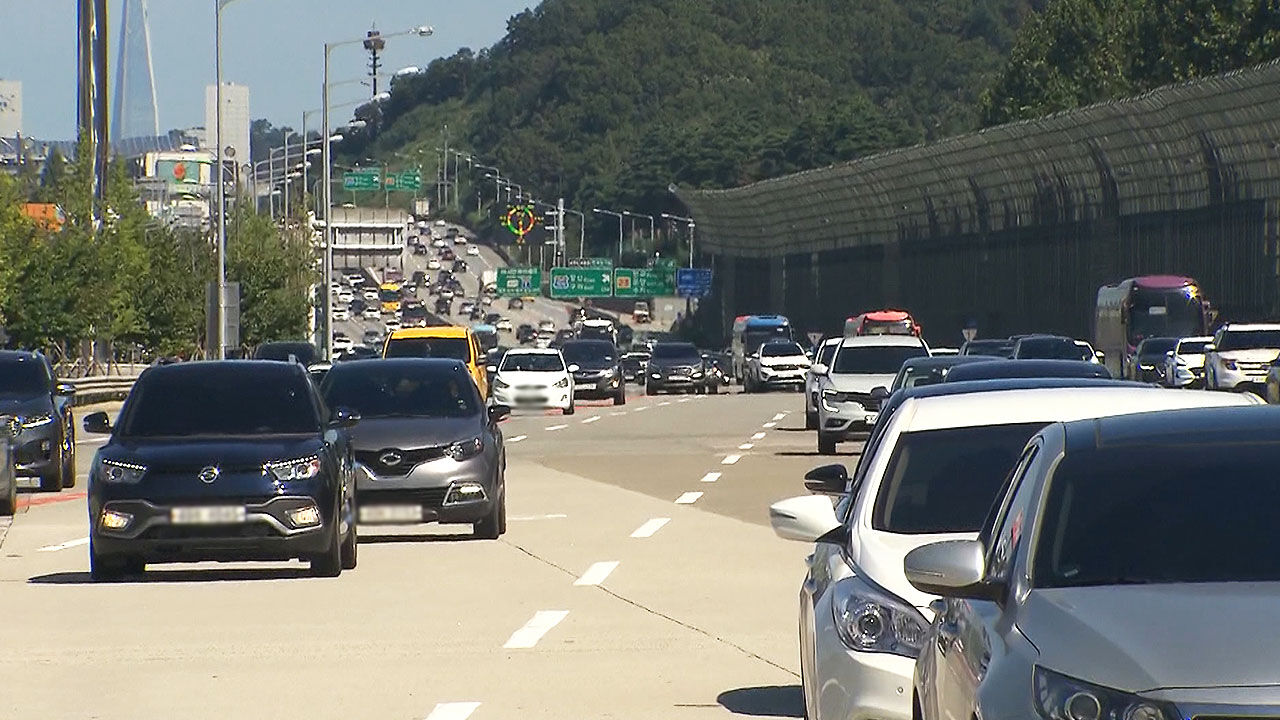 <Anchor> Let's start with the

Today (the 20th), the eve of Chuseok, there is severe congestion in the direction of returning home.

The congestion peaks around noon and seems to gradually dissipate in the evening.

around noon, major highways across the country are showing congestion in some sections.

In particular, many sections leaving the metropolitan area are blocked.

At the Jamwon Interchange on the Gyeongbu Expressway, vehicles are moving slowly, and the Dongtan Junction is also moving slowly.

The road from Cheonan to Nonsan is also blocked.

The congestion in the direction of the homecoming, which started between 6 am and 7 am, reaches its peak between 11 am and 12 pm, and is expected to dissipate gradually between 7 and 8 pm.

The Road Corporation predicted that traffic will be relatively smooth in the direction of return today.

During the Chuseok holiday, the number of gatherings is slightly relaxed, and traffic is expected to increase compared to last year.

The police plan to intensively crack down on traffic violations such as breaking in and violating bus lanes through helicopters and dark patrol cars until the 22nd, when the holidays are over.