After three days in space, the SpaceX company's Dragon capsule and the four space tourists on board returned to Earth on the night of Saturday, September 18 to Sunday, September 19. The whole ... 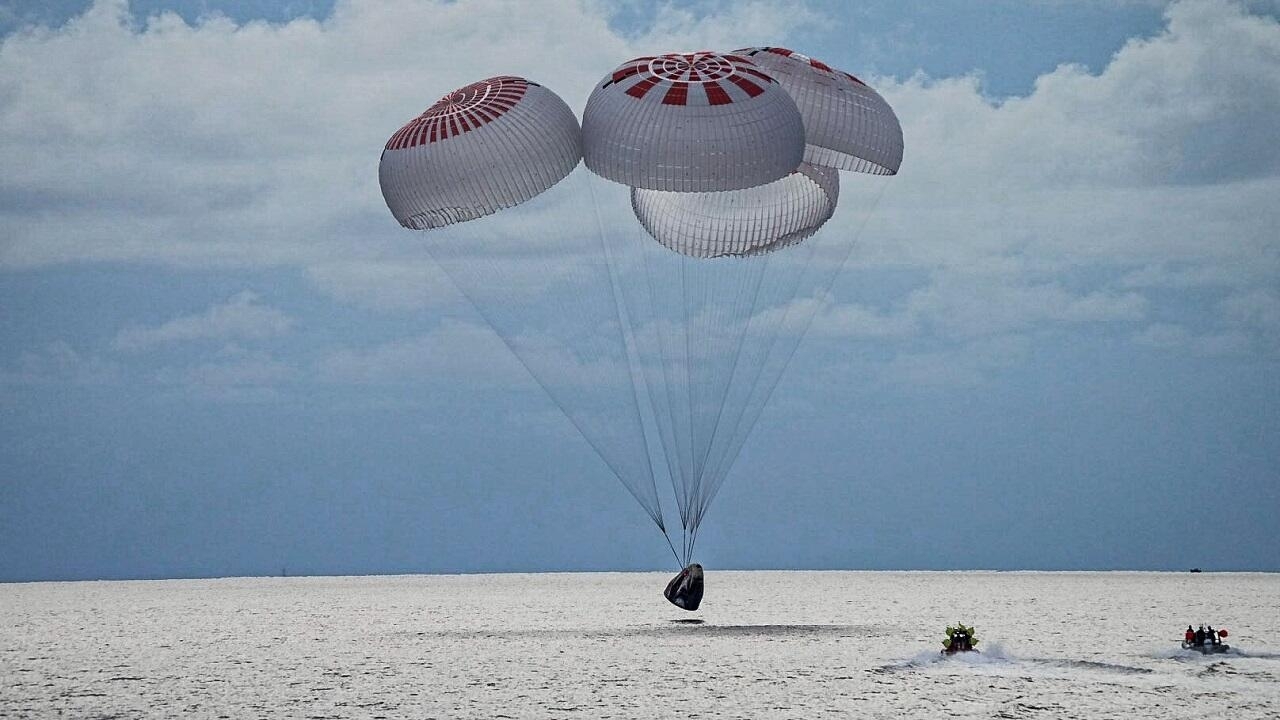 The capsule transporting the first four space tourists from the company SpaceX landing in the Atlantic Ocean, off Florida, Saturday, September 18, 2021. AP

After three days in space, the SpaceX company's Dragon capsule and the four space tourists on board returned to Earth on the night of Saturday, September 18 to Sunday, September 19.

The very first mission in history without an astronaut went off without a hitch.

Fists raised, thumbs up, the four space tourists got out of the shuttle that brought them back to Earth.

Jared Isaacman, 38, Sian Proctor, 51, Chris Sembroski, 42, and Hayley Arceneaux, 29 (youngest American to ever go to space), landed in the Atlantic Ocean off the coast of the Florida at 11:06 p.m. GMT / Universal Time, concluding a historic mission.

One hell of a trip, and it's just begun,

” said billionaire and captain Jared Isaacman, the seasoned pilot who funded the mission.

Welcome back to planet Earth, @ Inspiration4x!

The four tourists were able to spend three days in orbit, spinning at around 28,000 km / h and circling the Earth 45 times.

The private mission, carried out aboard a

This was to show that people can also travel in space without having received the same training as professional astronauts.

The passengers were trained for six months instead of several years normally.

The mission, called Inspiration4, should also make it possible to study the effects of space on beginners.

SpaceX is planning more flights of this kind in the coming months.

The next one is scheduled for January 22, 2022 and is expected to carry three businessmen.