On the second day of the holiday, traffic congestion begins... Best time to go home from 4 to 5 pm

Today, the second day of the Chuseok holiday, traffic congestion began centered on the road to Goseong. The congestion is expected to get worse and peak in the late afternoon. Reporter Park Sang-jin, please tell me. 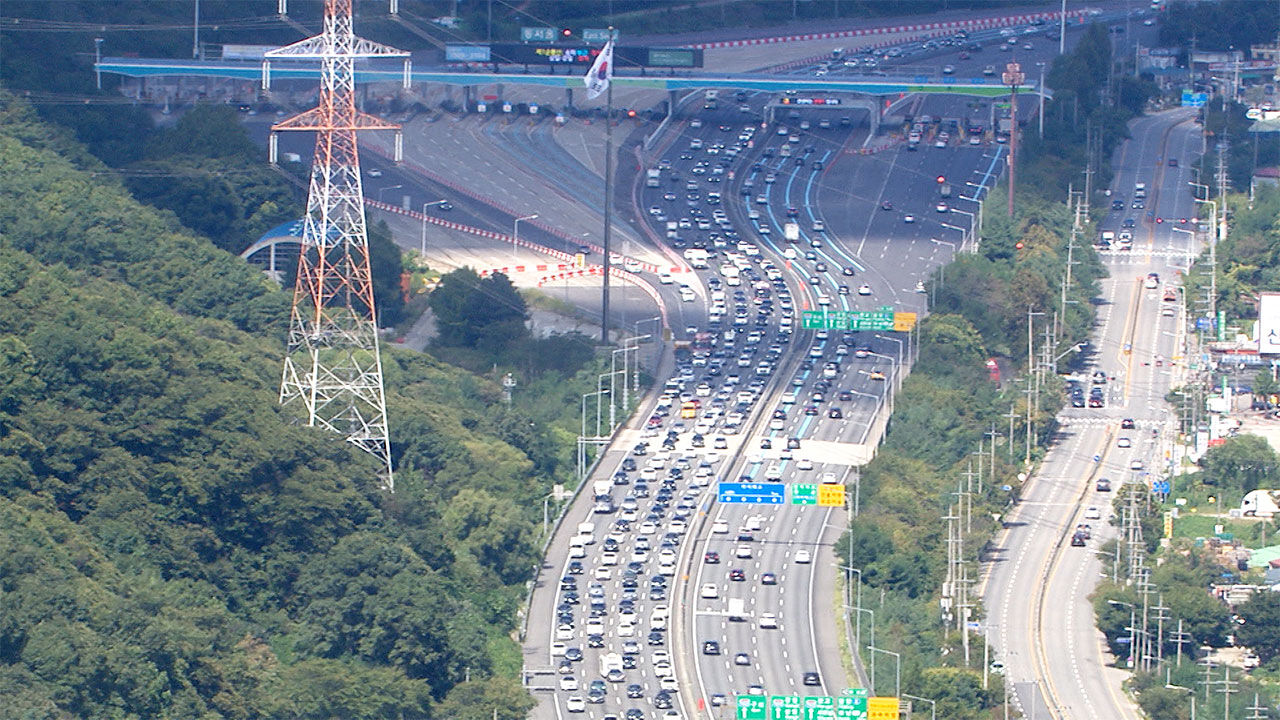 Today (19th), the second day of the Chuseok holiday, traffic congestion began centered on the way home. The congestion is expected to get worse and peak in the late afternoon.

major highways across the country, traffic congestion is concentrated mainly in the direction of returning home.

In the Busan direction of the Gyeongbu Expressway, traffic is slow in the 12km section from Giheungdongtan to Namsa and 36km from the Cheonan area to the Nami Junction.

In the direction of Gangneung on the Yeongdong Line, congestion continues, including the Yangji Tunnel section at the Singal Junction.

The Korea Expressway Corporation estimated that if a car departs the Seoul tollgate at 12 noon today, it will take 6 hours to Busan, 5 hours to Daegu, 3 hours 40 minutes to Gwangju, 3 hours 10 minutes to Daejeon, and 2 hours 50 minutes to Gangneung.

The congestion on the way home is expected to reach its peak around 4 to 5 pm and then to be resolved between 8 and 9 pm.

Meanwhile, the government will strengthen quarantine measures until the 22nd, when the Chuseok holiday ends, as a special transportation measure period.

Seating is prohibited at all highway rest stops managed by Korea Expressway Corporation, and temporary screening and inspection stations are operated at 9 service areas including Anseong and Icheon.