There are cries that mark the history of a country, such as the one that was launched on the night of September 15 to 16, 1810 in Dolores, a small town in Guanajuato that rose up against the 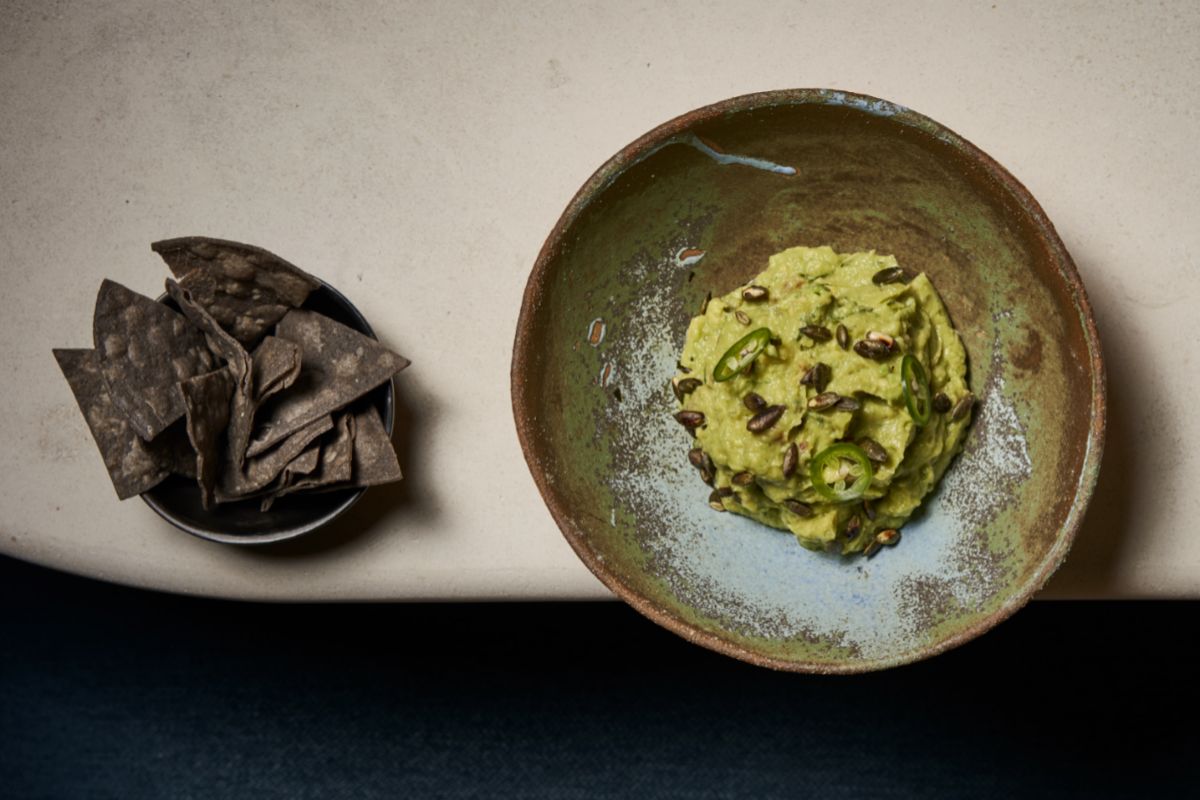 There are cries that mark the

history of a country

, 1810 in Dolores, a small town in Guanajuato that rose up against the authorities of the

at the voice of " Long live the Virgin of Guadalupe! ".

its Independence Day on

A celebration that, of course, goes hand in hand with its

and that serves as an excuse to visit some of the best Mexican restaurants in Madrid, which we

Essential and almost ubiquitous, it already appears on any gastronomic list worth its salt.

Barracuda MX is the latest and mega-successful adventure by Roberto Ruiz (Mexico City, 1975).

Alma mater of the first Mexican restaurant to receive a Michelin star in Europe (the defunct Punto MX),

Madrid and foreigners with a menu that revolves around the

cuisine of the Mexican Pacific coast

with roasted green tomatillo), aguachiles ... Although for Independence Day, the chilango has created an

and he enjoys that he travels gastronomically along the coast, from Ensenada and Baja California to Chiapas, to the beat - and it is not a euphemism - of a

. Here it goes: oyster with serrano chile green aguachile; Red sea bass tripe ceviche in guajillo chili sauce with scraped toasts and charcoal mussels with morita chili sauce to start (as well as the essential guacamoles: traditional with tortilla chips, with pork rinds and coastal sauce or with chipped prawns). And, as main courses

and green enchiladas and

As the end of the party, café de olla, Creole chocolate from Oaxaca and vanilla ice cream from Papantla.

His name already - comes from a

set in the Aztec empire - hints that here what is carried is traditional cuisine and roots,

. His proposal travels through the 32 states that give rise to the nine gastronomic areas of the North American country, which chef Juan Matías transfers to the plates. So, don't miss the

; the cochinita pibil panuchos with sikil-pak maya sauce; the molcajete guacamole; the

or the tarascan sea bass with chipotle meco sauce and chrysanthemum in tempura and the roasted Sonoran rib. If tacos are your thing, this is a good trio:

, the most street option.

In the liquid menu, margaritas, micheladas, tequilas, mezcals and Mexican and national wines.

The chefs Fernando Carrasco and Julián Barros lead this brand, a true Mexican reference in the capital, especially in the taco world. Because here they always celebrate that

that is the taco, whether in

a classic or current key.

Of cochinita pibil; of duck carnitas with red mole manchamanteles; of

with oaxaca cheese, avocado and tomatillo sauce; wagyu brisket with corn cream and two chilli tajin ... Or the one they have created to join the

, a preparation that has its history, since it is a

version of the chile en nogada

, a recipe that is said to have been created by

Although there is also

beyond the taco: huitlacoche quesadilla and pumpkin flower with oaxaca cheese;

and to another of Madrid's essential Mexicans: modern whimsy with the stamp and soul of Roberto Ruiz. In his letter reign

-guacamole; green chilaquiles (crispy corn chips in a green tomatillo, cilantro and jalapeño sauce) -, ceviches (from Sinaloa shrimp, scallops or bonito), tacos (Iberian pork shepherd, carnitas and chicharrón and arabic) and meats a grilled, such as the

, made with a mixture of peppers and fresh herbs mash and molcajete sauce. Everything, accompanied with moscalitas, margaritas, mojitos and micheladas.

Since it opened its doors a decade ago, this restaurant has always had the same objective: to

flee from the clichés

and to offer locals authentic traditional Mexican cuisine, elegant and transferred to

. And, he continues, because Tepic is not a

. In this search, his cuisine, without fusions, is made with

, some difficult to find in Madrid, which give rise to dishes such as

and tacos (sirloin, governor, Baja California ...). As "we're having a party", on

the night of Wednesday 15

, the Tepic team, headed by Javier Quiñones - room manager and bartender - proposes a

cocktails, tequila and a tasting menu (45 euros) that offers, among other dishes, tortilla

If there is one word that defines the cuisine of this charming local, that is authenticity.

left his position as Maître de Punto MX in 2014 (just when he was achieving the Michelin star) to set up his own house. Her son, Juan Javier - "decided to dedicate himself to the hotel business", explains Juan - and his wife,

. "She is La Tomata; she is the one with the touch," he acknowledges. Ana Marcela's love for cooking comes from

, her father and uncle are chefs, and every year she

travels to their country

to immerse herself in cooking.

The menu is simple

, classic dishes with a

"touch of their own

what's in Spain, "adds Juan. And, although the family comes from

, the proposal" contains recipes from other areas that we also like a lot, "concludes Sardou. Let's go to it: quesadillas; appetizers; panuchos; red, green chilaquiles or divorced;

of the place, along with the taco offer. In this reign those of cochinita pibil, chicken tinga, Iberian carnitas, Iberian shepherd, rectal lamb, brisket or the

A piece of Mexico in Madrid, really

Gastronomy15 trendy restaurants that are open in August