The corona aid paid from last week is intended to help the victims, so it cannot be used to pay taxes or utility bills. However, when I paid my property tax by credit card, I got a report that the subsidy I had received had been withdrawn. 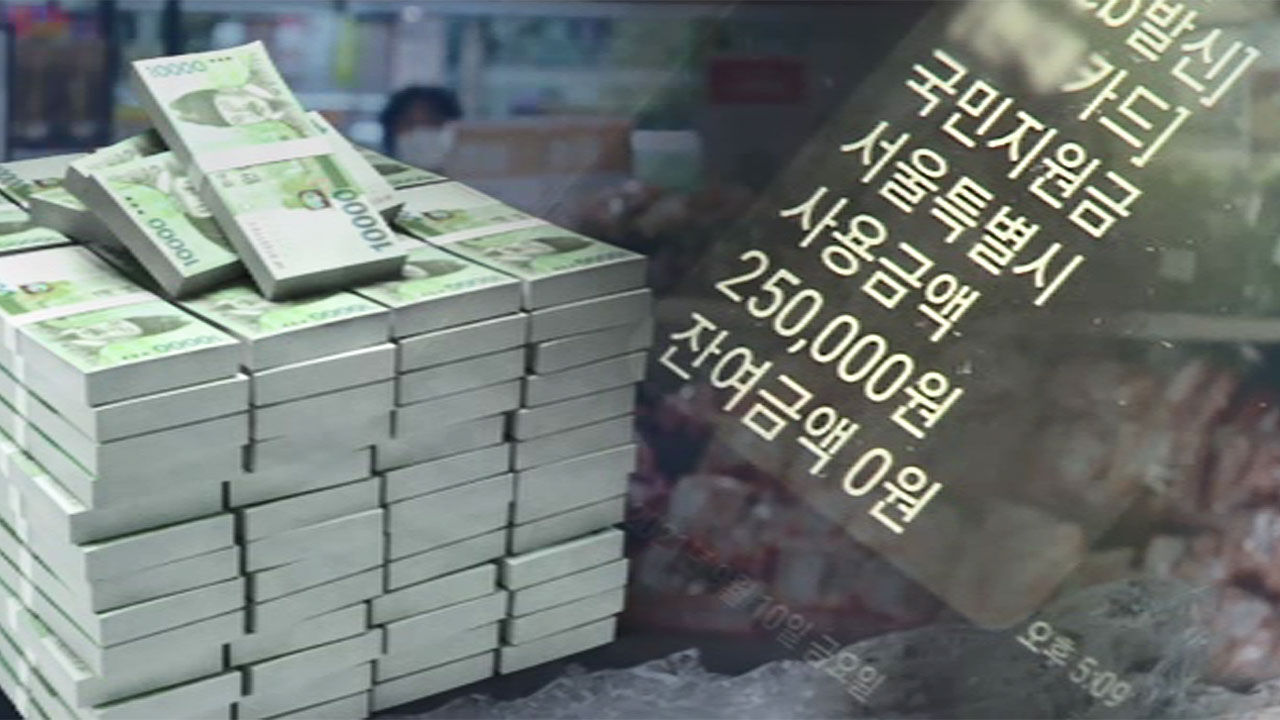 The corona support money paid from last week is intended to help the victims, so it cannot be used to pay taxes or utility bills. However, when I paid my property tax by credit card, I got a report that the subsidy I had received had been withdrawn.

This time, the government's 'Corona Win-Win National Support Fund' 250,000 won has a strict usage, and it is specifically designed to be used for the self-employed and small business owners who have been hit directly by COVID-19.

It cannot be used in department stores or hypermarkets, nor to pay utility bills or taxes.

Mr. A, who has been running a pub in a university district for over 7 years.

Persevere Persevere Since the business closed in September last year, I am well aware of the meaning of the national subsidy.

[Mr. A: It is difficult for our people, so it is helpful, but a small business can give a little bit of strength and courage to endure.]

But last week, I paid property tax to Seoul through the Hyundai Card app, and all of the national subsidy was I found out that I was gone.

[Mr. A: I took it all out at once without any notice, so it was very absurd when the remaining amount of the (disaster aid) money came like this.]

I asked how the subsidy that could not be used as a tax came out, but I couldn't figure out why.

[Seoul City Call Center: I know that local taxes cannot be paid with disaster relief funds. You need to check this with your credit card company... .]

[Hyundai Card Customer Support Personnel: Because the Seoul government received a request for registration processing from the Seoul side without limiting the business related to local tax payment.] The

credit card company said that it was impossible to cancel or refund.

[Mr. A: Seoul is not a small business, and the purpose of the so-called government is not right. It's not about giving or taking this.] The

I should have blocked the payment of the national subsidy, but it didn't.

Two of the three codes related to tax payment were open.

Neither the authorities nor the credit card company could clearly explain why this happened, and corrective action was taken four days later.

The amount of tax paid in this way through Hyundai Card is also unknown.