It's the Chuseok season... Partial closure of Garak Market due to mass infection

A large fruit market was closed at Garak Market in Seoul, where more than 130 confirmed people were confirmed ahead of the holidays. Merchants who stocked up on the occasion of Chuseok are deeply saddened. 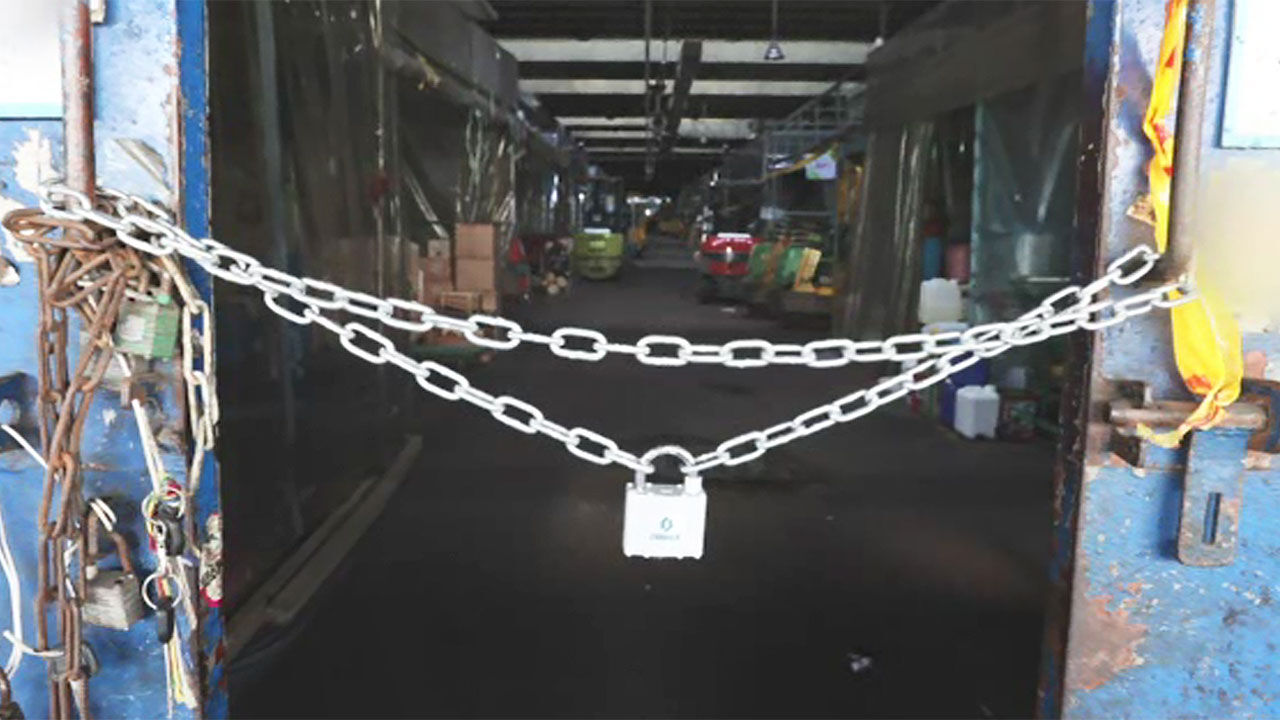 large fruit market was closed at Garak Market in Seoul, where more than 130 confirmed people were confirmed ahead of the holiday. Merchants who stocked up on the occasion of Chuseok are deeply saddened.

is a large fruit market in Garak Market in Seoul. All the stores are closed, and only the notice that says the facility is closed is swaying in the wind.

This is one of the most visited fruits and vegetables in this market.

Even though it is the busiest time ahead of the Chuseok holiday, the fences are hanging down like this, and all the shops are closed, so it's a shameful look.

So far, there have been 132 confirmed cases related to Garak Market. Yesterday (13th), 17 people were added in one day.

As the spread continues, the city of Seoul notified all 120 stores in this fruit market yesterday evening to self-quarantine regardless of symptoms until the 22nd.

[Fruit Market Wholesaler: ○○ All fruits and vegetables are closed, due to self-quarantine. Chuseok ends on the 22nd. There are 7-8 employees, but who pays the employees?]

Unsold fruits are piled up in closed stores or disposed of at low prices by asking acquaintances.

[Retailer: Until this week is the main tree, but there is no business for 20 days after the main tree ends. There are fruits in every house, who would eat them?]

The merchants at the Cheongnyangni Fish Market, where 47 confirmed cases have been reported since the 30th of last month, are struggling to prevent and hope for a daily recovery.

16 of 18 wholesale and retail stores that were temporarily closed have reopened.

[Byeong-Hoon Jeong / Vice Chairman of the Cheongnyangni Fish Market Merchants Association: Quarantine is twice in the morning and twice in the afternoon. It seems that customers can come back and see the market comfortably now.]

Local governments and market operators are looking for ways to reduce damage to merchants, such as lowering rents, along with strengthening quarantine such as creating a visitor list.