Apple Event live: Apple presents the iPhone 13 along with other accessories

The iPhone 13 is presented today at the Apple Event, the event with which Apple announces news every September. On this occasion, in addition to the iPhone 13 and the final presentation ... 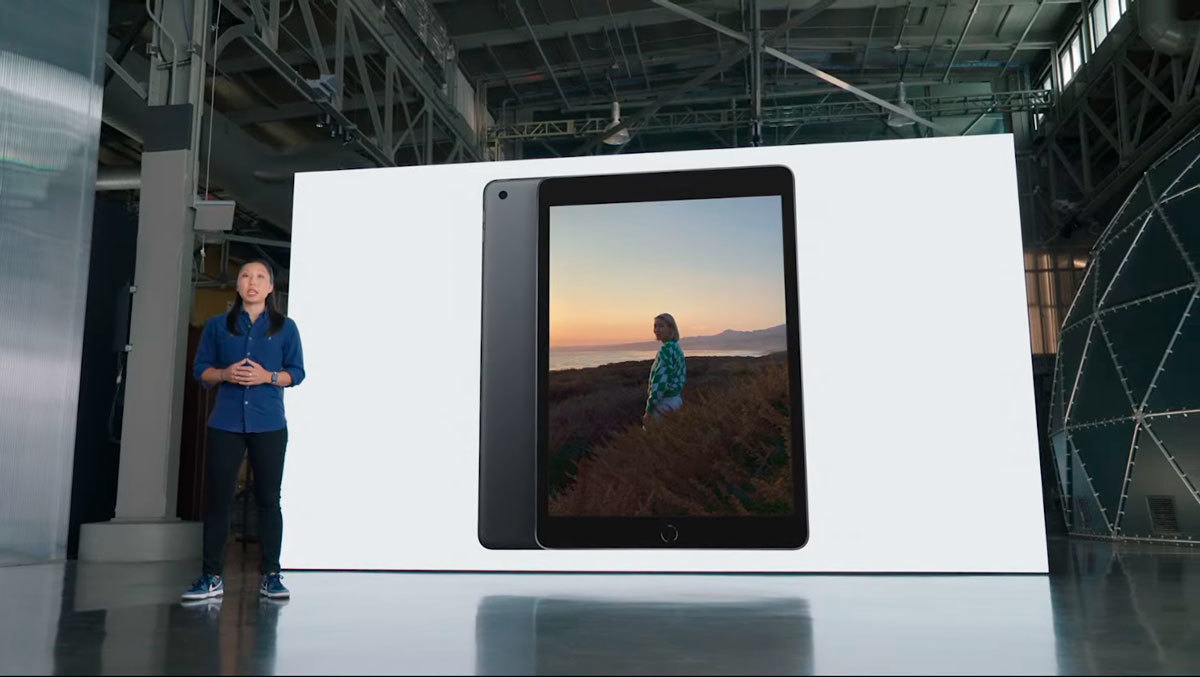 is presented today at the

, the event with which Apple announces news every September.

On this occasion, in addition to the

and the final presentation of

the new mobile operating system, it seems that Apple is also going to announce the

and it seems that a new

In EL MUNDO we will follow the broadcast live, because for reasons that we all know,

not going to do an event on site.

The broadcast can be seen from

Two hours in which Apple should surprise its fans, although it seems that this year what we will see will be a

And now, the iPad, but not the Mini, as had already been anticipated.

They have started with a new iPad, the normal one, the one that has very large edges and has not changed in years of design.

It is updated with a better processor, A13 Bionic.

It is 20% faster, it has a better screen and compatible with TrueTone and it has better cameras, capable of following the subject that are recording in video calls.

"Its versatility is what makes it so popular," Cook notes.

The new version of iPadOS is also better than ever, which have improved the management of icons and windows.

And now, Tim Cook, CEO of Apple, takes a look at California, a place that is a "part of Apple."

But it doesn't take long to get down to what matters.

Apple TV +, Apple's Netflix, already has many nominations and awards, but few series of impact.

Mind you, Ted Lasso is amazing.

In the fall, new programs arrive, such as the science fiction series starring Jason Momoa, The Foundation, the adaptation of the novels by Isaac Asimov or the second season of The Morning Show.

Apple kicks off with a musical introduction in different locations in what is undoubtedly California, where the event takes place.

California Streaming, it was called.

Half an hour before this starts.

We have the coffee ready, this will last a long time and we have already been working for a few hours.

There will be no time for technical stops, so with your permission, we will be absent for a second ...

We already know for a fact that the new iPhones will have more storage space than ever.

We'll see if it's true when they announce them this afternoon.

What are your plans for today?

It is time for siesta (or coffee) in Spain, but in the US they are already getting up on the west coast and there is little time for them to do the same on the east coast, in California, where the event takes place.

, raising their price somewhat, but improving their design and performance.

At this time, they are still sleeping in California and we are just waiting to start working.

It's six hours until this starts, so be patient.

Be that as it may, here you can see:

Keynote Apple Apple event: Time and how to see the presentation of the new iPhone 13, Watch Series 7 and more

TechnologyPixel 5a: this is Google's new cheap mobile that you will not be able to buy in Spain