A universal digital identity card against social exclusion in Africa?

Over a billion people around the world, half of whom reside in Africa, do not have identity documents. Individuals who then find themselves excluded from aid and public services provided… 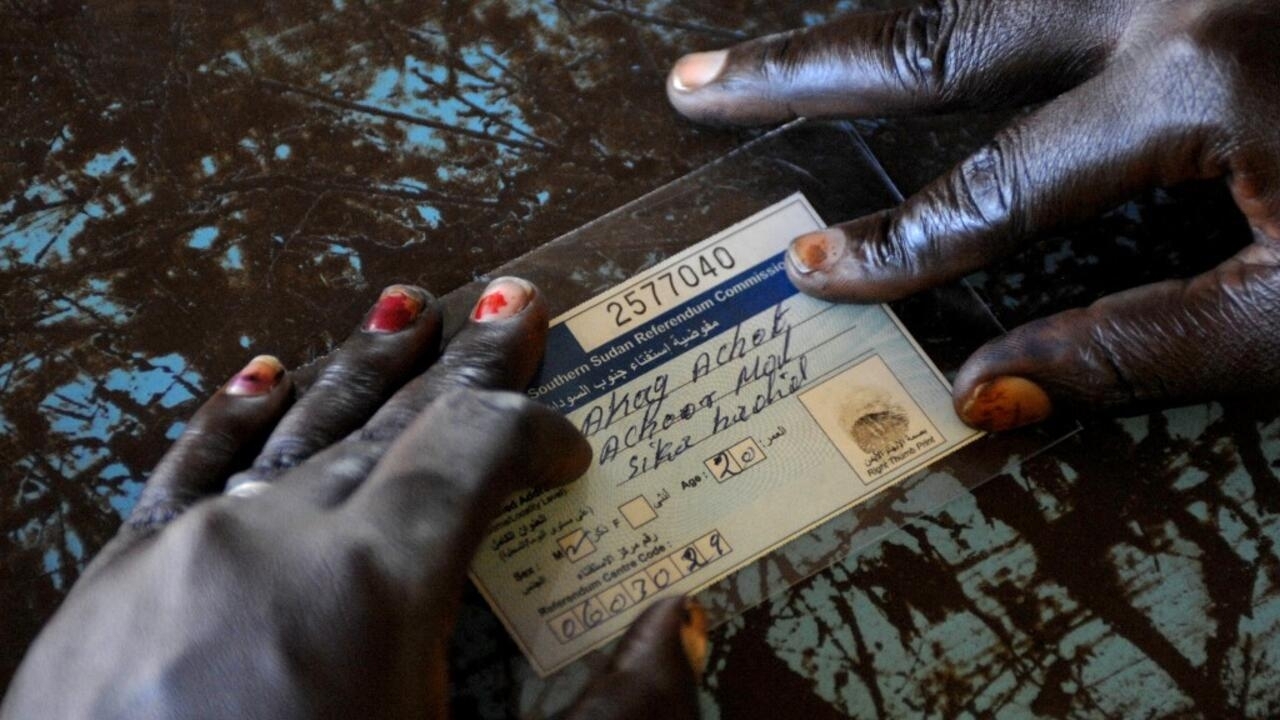 A universal digital identity card against social exclusion in Africa?

An identity card in a Sudanese polling station in 2 to 10 (illustrative image).

Over a billion people around the world, half of whom reside in Africa, do not have identity documents.

Individuals who then find themselves excluded from public aid and services provided by their state.

The solution to remedy this social divide would be to set up a universal digital identity, advocates an NGO.

Without any official document proving their identity, one in eight humans on our planet finds themselves

excluded from any assistance from the administrative and assistance services that their government has set up. These “

have no other choice but to live on the margins of society. These eternal subscribers absent from health systems or even deprived of education, cannot open a bank account, nor change country for lack of a passport or are not allowed to vote.

An identity divide which, on the African continent, is synonymous with extreme poverty, has observed since 2014

The NGO's mission is to help African countries "

adopt a digital identity responsibly and for the common good

" and is campaigning within the framework of the UN Sustainable Development Goal to establish an International Identity Day every September 16.

These invisible people survive by passing into the informal sector,"

says Joseph Atick, the president and director and founder of the association

. Without identity, these people find themselves totally excluded from society. This represents a major problem for the so-called developing countries, which must absolutely be solved. Our NGO has a role of facilitator to give these people an identity in digital form and to recreate the link between them and the social and economic services in each country.

At our 2018 General Assembly in Nigeria we called on African governments and representatives of civil society to establish an International Identity Day on September 16 of each year as part of the Sustainable Development Goal. of the UN,

Many countries on the continent which have understood the challenges of digital identity have since taken part in this awareness-raising day and are putting in place solutions to fight against the exclusion of the invisible.

For ID4Africa, the watchword is a responsible digital identity that respects citizens' data.

The fear of mass surveillance

But this biometric identification, which is often coupled with mass surveillance devices for facial recognition, worries human rights associations. This is the reason why

, which focuses its action in 48 countries on the continent, requires each of its partners, whether institutional or technological, to put in place an appropriate legal framework in strict compliance with personal data. private citizens.

Information such as caste or religion, for example, should never be recorded on these dematerialized documents

", insists the head of the NGO.

Which is far from the case!

Some governments, with the collection of biometric data from individuals, tend to misuse digital identification systems to exercise constant control over their populations.