The Hyundai IONIQ 5 is one of the most important new cars of this year. That alone is special for a South Korean model. A test by AutoWeek shows that the high expectations are justified, but with its driving range, this Hyundai is not a trendsetter. 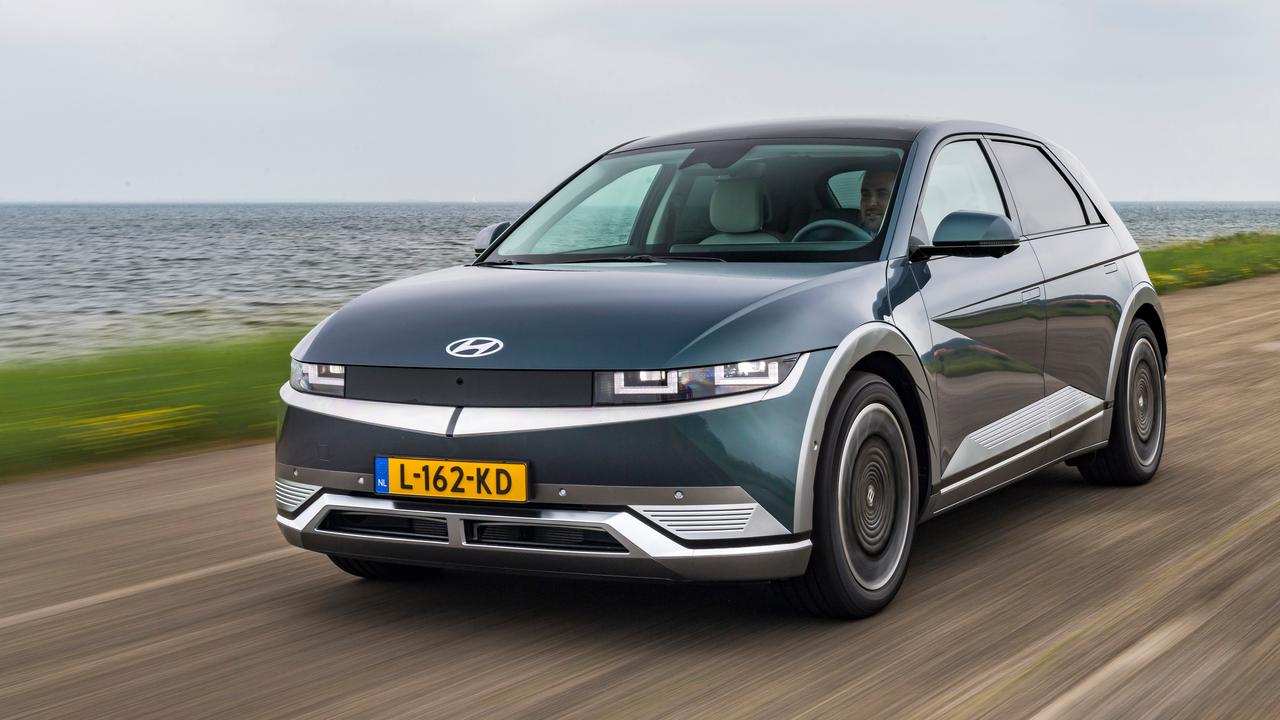 The Hyundai IONIQ 5 is one of the most important new cars of this year.

That alone is special for a South Korean model.

shows that the high expectations are justified, but with its driving range, this Hyundai is not a trendsetter.

There was a time when the lease driver with a little budget was eagerly looking forward to a new Volkswagen Passat, Ford Mondeo or Opel Vectra.

But today it is the slightly elevated electric cars with a lot of driving range that are on the shortlist of the account managers.

Since the end of last year, the Dutch market has been flooded with new, fully electric cars (

or EVs) in this segment.

You can also get four-wheel drive

The Hyundai IONIQ 5 is available with a 58 kWh and 73 kWh battery pack. In combination with the largest battery, you can also get four-wheel drive (4wd). With electric cars, 4wd always means that there is more power, because an extra electric motor is placed on the second axle. In this case, the thickest version has 306 hp and that variant has been tested by

. It is a Project 45 version: a kind of introductory version with all the trimmings.

According to the manufacturer, this Hyundai can travel 430 kilometers with its 73kWh battery pack.

That doesn't make him a trendsetter.

A three-phase charger is standard and the Hyundai also has a heat pump, which some competitors lack.

The IONIQ 5 charges faster than most other electric cars at the moment.

At most with brands such as Porsche or Audi you will also find such an 800-volt system, most other EVs do it with a maximum of 400 volts.

Shape provides plenty of space in the back

The Hyundai looks like a good hatchback in some photos, until you put someone next to it.

Then the car suddenly turns out to be much bigger than you think, even though the hatchback shape is preserved.

There are undoubtedly some retro details on the car, but it still looks super modern.

The shape of the IONIQ 5 provides plenty of space in the back for both your head and legs.

The trunk is also fine.

At the front of the car is a small frunk: extra luggage space under the lid that used to be used as a bonnet.

You can just put your charging cable in it.

“The IONIQ 5 charges faster than most other electric cars today.”

The interior of the Hyundai looks sleek and futuristic.

In the front, due to the lack of a center tunnel, the open space is especially noticeable.

Special is the large head-up display that uses augmented reality to show information.

Navigation directions or a solid line that you accidentally drive over: it is projected against the window in front of you (and virtually it even appears on the road).

We also find this technology in the new Mercedes EQS, but it is located in the top segment.

The screen right in front of the driver's nose continues into the modern and versatile multimedia touchscreen.

The climate control is separate underneath, which is nice.

But there are also a few ergonomic flaws.

For example, the screen is just too far away, so you have to get out of the chair a bit to operate it.

Moreover, it is strange that despite the separate climate system you still have to go through the touchscreen to operate the seat heating and cooling.

They are also minor complaints in a total of luxury and versatility, because the Hyundai is overcomplete.

For example, it also offers many storage compartments for small items.

The chassis is not afraid of sudden changes in course

Once on the road, it is noticeable that this brand still aims for more comfort than group mate Kia, but that the IONIQ 5 also has excellent road holding.

Even though it is so high, you can feel the low center of gravity.

The steering is light and direct enough and the car never feels week.

The technology offers too little feedback to speak of any form of dynamics, but it is really not the case that the chassis is shocked by sudden changes in course.

This is comfort well applied.

The weight of the car, however, remains noticeable: all those kilos must still be damped and braked.

There are competitors that, due to a larger battery pack, have a greater range than the Hyundai IONIQ 5. But the

shows that in practice it is surprisingly economical with electricity: 400 kilometers of driving range is easily achievable.

Conclusion: With this newcomer, Hyundai Tesla is breathing down its neck more than any other brand.

In a comparison test by AutoWeek, the new Hyundai competes against the Ford Mustang Mach-E.

Which electric car is the boss?

You can see it in this video.

All prices and specifications of the Hyundai IONIQ 5 can be found here.

The powertrain of the IONIQ 5 will soon also be found in the Kia EV6.

The powertrain of the IONIQ 5 will soon also be found in the Kia EV6.