Kim Woong "I don't remember, but I'm lying when I say I remember"

People's Power Rep. Kim Woong said, "I don't remember" about the so-called 'accusers' allegations that he had been handed over the accusation letter from Prosecutor Son Jun-seong, a close aide to Yoon Seok-yeol, at the time of the general election last year. 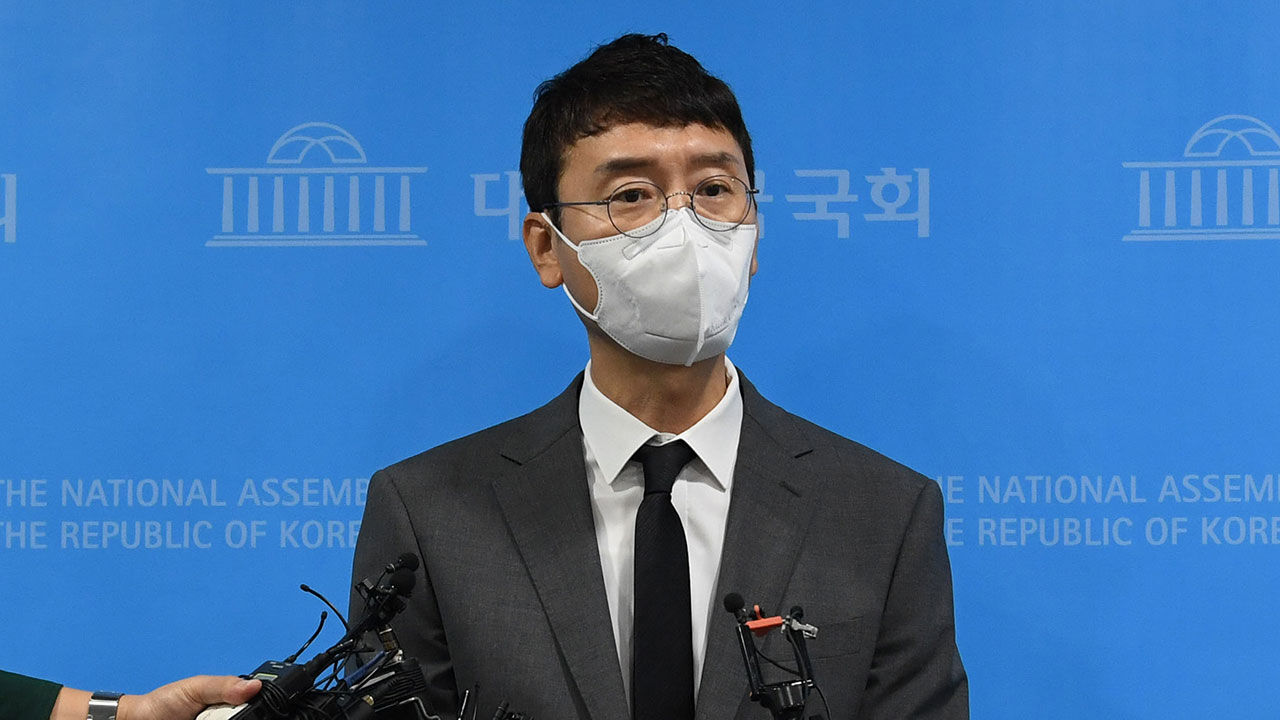 People's Power Rep. Kim Woong said, "I don't remember" about the so-called 'accusers' allegations that he had been handed over the accusation letter from Prosecutor Son Jun-seong, a close aide to Yoon Seok-yeol, at the time of the general election last year.

Rep. Kim met with reporters after a press conference at the National Assembly today (8th) and said, "You keep saying why you can't remember. Then I can't remember, so I have to lie that I do."

Rep. Kim emphasized, "I am an election law expert, and Prosecutor Sohn is a planning expert. I am not in a situation where I can discuss (the law of the complaint) with him."

He added, "I'm not in a relationship to talk about personal things or the world."

The following is a Q&A with Rep. Kim.

If that's the case, I think they'll present evidence.

Q. Have you ever had a hand test and legal review?

There wasn't.I am an election law expert, and the hand prosecutor is a planner.

I'm not in a position to discuss it with him.

The party also has a legal support team, so why not entrust it to someone who is not an expert? It's a shoulder club.

Q. Do you often talk about things other than the prosecutor's office and the internal affairs of the prosecution?

It's not something we'd like to talk about personally or the world around us.

Q. What sent a short handwritten note to Prosecutor Sohn?

(Amount) is about one A4 paper.

I clearly remember it by explaining it while writing with a pencil and drawing diagrams.

Q. What text messages did you exchange with the hand test?

I remember texting with the hand test.

I heard that the president is in a very lonely situation at the Great Swordsman, but I sent you a text message encouraging you to take good care of you and be strong.

Q. What is the reality of the telegram message sent to Prosecutor Sohn?

Under the circumstances, we cannot rule out the possibility that he received and handed over data from a person named Jun-Sung Son.

Since the informant has submitted a cell phone, it will be revealed soon whether the information has been saved or not.

Q. Do you have any memories of receiving it and delivering it?

You keep saying why you can't remember.

So I can't remember, so should I lie that I do?

Q. You said you delivered it to a party official without remembering it?

I only passed on the materials I received to those who held important elections-related positions in the party.

Q. Did you know that the informant said that he belonged to a specific camp?

I can't say more because I am a public interest informant, but if the truth is revealed later, the authenticity of my story will be verified automatically.

Q. Why did you report to the party officials?

If the identity of the person concerned is revealed, the circumstances of the report will probably be revealed.

Q. Did you see that the informant belonged to Choo Mi-ae's candidate camp?

That seems too far-fetched (talking).

Q. Do you suspect that there is an attack by the ruling party in the background of what is happening this month?

Since (the informant) has become a public interest informant, I cannot say more.

I think it is a question that will naturally be solved when his identity is revealed.

Q. Did you communicate with lawyer Jo, who wrote the complaint?

We have never met and greeted each other.

Q. Did you explain the situation in detail to the party leadership?

I spoke on the phone with the representative and the floor leaders.

I can't remember, but if the report had come in, it would have been forwarded, and we talked about who the person suspected to have received it.

Q. Is there any case of directly delivering the complaint at the time? Have you ever delivered a document that meets the requirements for a formal complaint?

I know that almost everything that came to me was passed on to the party.

At that time (due to the election campaign), there was no economic situation, so I delivered everything that came in as it was.

Q. Do you think the report may have been tampered with?

I don't think the Korean media is like that.