As the spread of COVID-19 in Korea is not slowing down, the risk of infection in daily life continues to increase. The number of daily confirmed cases has already been recording four digits for more than two months, and the situation is repeating itself soaring to around 2,000 from Wednesday, the peak of the week. 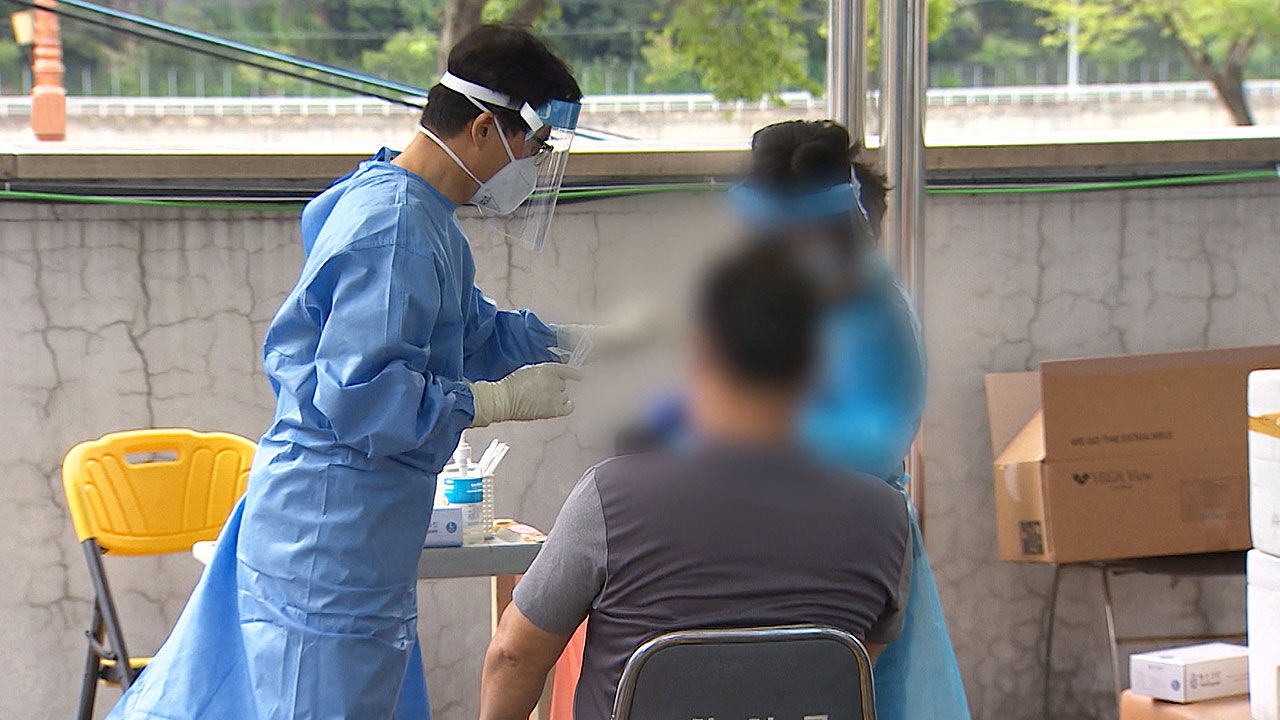 As the spread of COVID-19 in Korea is not slowing down, the risk of infection in daily life continues to increase.

The number of daily confirmed cases has already been recording four digits for more than two months, and the situation is repeating itself soaring to around 2,000 from Wednesday, the peak of the week.

Especially in the densely populated metropolitan area, the spread of the virus is showing signs of intensifying again, and since the Chuseok holiday (September 19-22) is coming together, there are concerns that the epidemic may become larger.

According to the Central Defense Countermeasures Headquarters (Bangdaebon) today (8th), as of 00:00 yesterday, there were 1,597 new confirmed cases of Corona 19 in Korea.

It is also the record for the highest number of confirmed cases on Monday (00:00 on Tuesday as of the announcement date).

As of 00:00 today, the number of new confirmed cases is expected to increase even more.

A total of 1,859 new confirmed cases were counted from 00:00 to 9pm yesterday by the quarantine authorities and each local government including the Seoul Metropolitan Government, 423 more than the 1,436 at the same time the day before.

Considering the recent night time number of confirmed cases, the number is expected to reach around 2,000, or at most 2,100.

On the previous day, after 9 pm, the number increased by 161 until the counting was closed.

Since August, the number of confirmed cases on Tuesday (00:00 on Wednesday as of the announcement date) has typically reached 2,000.

2,221 (August 11), the highest record since the domestic Corona 19 incident, also came out on Tuesday.

This is in line with the weekly pattern of cases, where the number of tests on weekends and holidays decreased significantly until the beginning of the week, and then surged again from the middle.

The 4th pandemic, which started in the metropolitan area in early July, has been going on for more than two months.

The number of confirmed cases in one day has been in the four digits for 63 consecutive days since July 7 (1,211 people), and today is the 64th day.

From a regional perspective, the spread of the metropolitan area is unusual.

At a briefing yesterday, Park Hyang, head of the quarantine division at the Central Accident Resolving Headquarters (Jungsubon), said, "If you look at the weekly average daily number of confirmed cases per 100,000 people, the metropolitan area today amounts to 4.5. Seoul has 5.6 and Gyeonggi 4.0. 2) It meets the criteria of level 4 or higher.”

This is twice as high compared to most areas in the non-metropolitan area, where 1 or 2 people per 100,000 people.

Even at 9 pm yesterday, the proportion of the metropolitan area has risen to the mid-70s.

In the midst of this, the momentum of the delta mutation, which is leading the recent trend, is also getting fiercer.

Among them, 3,070 people with the delta-type mutation accounted for 99.3% of all new mutation infections.

In terms of domestic infection cases alone, the detection rate of the delta-type mutation was 97.0%, higher than the previous week (94.3%).

The government is judging that the month of September is a critical turning point in the spread and containment of the COVID-19 epidemic.

Kang Do-tae, 1st general coordinator of the Central Disaster and Safety Countermeasures Headquarters (main script), said in a remark at the major script meeting the day before, "This four-week new social distancing period will be the most important turning point for taking one step closer to 'step-by-step recovery of daily life'. will," he said.

He continued, “There is a possibility that the number of confirmed cases will increase again due to the expansion of elementary, middle and high school students starting this week, the opening of universities, and the increase in travel to prepare for the Chuseok holiday,” he said.