"Witnesses of ancient history": Russian archaeologists have discovered artifacts of the Stone Age in the Nizhny Novgorod region

Russian archaeologists have discovered more than 20 thousand artifacts of the Stone Age in the Nizhny Novgorod region. Large-scale research was carried out during archaeological work preceding the construction of the Moscow - Nizhny Novgorod - Kazan highway. Scientists have found traces of an ancient settlement and many flint products. They also found objects dating back to later eras: the Neolithic, Bronze and Early Iron Ages. Researchers believe that these archaeological sites will help reconstruct the way of life of ancient people in detail. 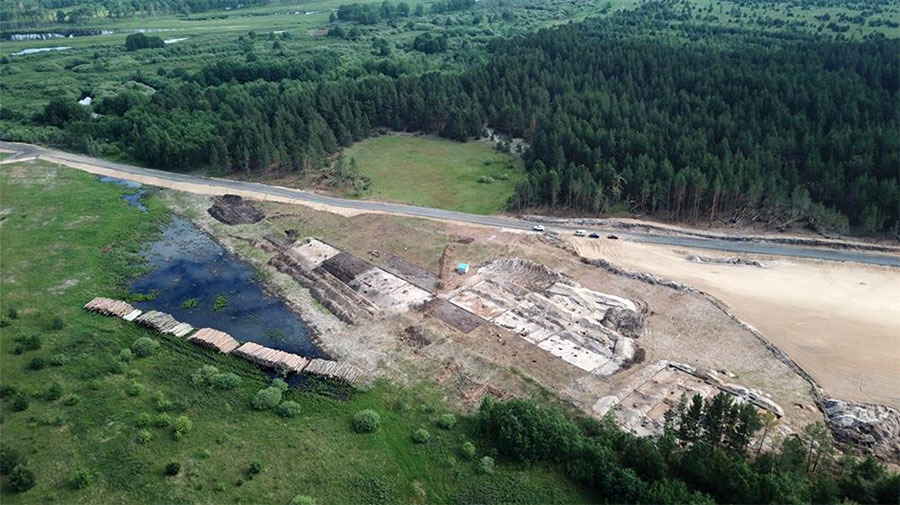 Scientists from the Institute of Archeology of the Russian Academy of Sciences have discovered more than 20 thousand artifacts of the Stone Age during excavations in the Nizhny Novgorod region near the Veletma River (a tributary of the Oka).

The research was carried out during archaeological work preceding the construction of the M12 highway "Moscow - Nizhny Novgorod - Kazan".

This was reported by the press service of the IA RAS.

Excavations in these places began in the 19th century, when Count Alexei Uvarov was engaged in them.

In the 1970s and 1980s, scientists continued to study objects in this area.

However, systematic excavations in large areas on this site were not carried out, and archaeologists were able to fully investigate these objects only when the construction of a high-speed road began on this site.

“The monuments located on the highway are witnesses of ancient history, part of the cultural heritage of our country.

The outskirts of the villages of Maloe Okulovo, Volosovo, Navashino near Murom are important territories for Russian archaeologists: this is one of the points where our archeology began.

It was in these places that Count Alexei Sergeevich Uvarov conducted excavations in the 19th century, whose research led to the discovery of archaeological sites and cultures from the Paleolithic to the Bronze Age, ”said Asya Engovatova, Deputy Director of the Institute of Archeology of the Russian Academy of Sciences.

Archaeologists have discovered traces of a settlement dating back to 10 thousand years, and among the found objects of the Stone Age there were numerous products made of flint and bone remains of animals and fish.

Also, two pits were found, which, according to scientists, are traces of the housing complex of an ancient settlement.

In the investigated area, archaeologists have found many objects made of split stone, in particular, arrowheads, scrapers, punctures, fragments of an ax and ceramic vessels.

By the Bronze Age, researchers attributed the short-term sites of the ancient cattle-breeders of the Fatyanovo culture, who came from the west, and the Pozdnyakovsk culture, associated with the steppes of southern Russia.

The found archaeological objects will help to reconstruct the way of life of an ancient man, scientists say.

“This is a completely unique study for the monuments of the Stone Age, a rare case when a monument is almost completely uncovered - both its central part and the periphery. Thanks to excavations on a wide area, we can get a complete picture of the structure of a settlement in the Mesolithic era and reconstruct in detail the way of life and human activity, ”said Daria Eskova, deputy head of the Navashinsky unit of the IA RAS.