In search of Ergene-Kun: Russian scientists have discovered ancient burials in Buryatia

During excavations in the Okinsky region of Buryatia, Russian archaeologists have discovered over 30 ritual structures. This find was made during an expedition to search for the ancestral home of the Mongol people Ergene-Kun. Scientists have also found an ancient monument of the Herexur, which indicates the presence of the Caucasian race in this territory. In addition, during the excavations, the oldest human grave of the Late Bronze Age in the Southeast Sayan was discovered. 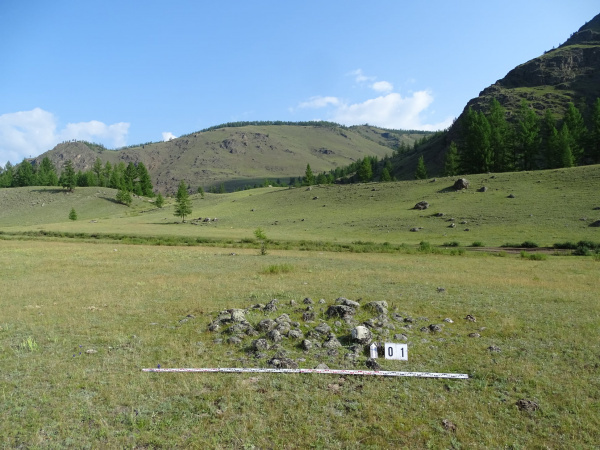 Archaeologists of the Irkutsk National Research Technical University (IRNITU) conducted excavations in the Okinsky region of Buryatia in order to find out who inhabited these hard-to-reach territories before the 17th century.

This was reported by the press service of IRNITU.

Within the framework of the Ergene-Kun festival, a group of archaeologists led by the head of the research laboratory of archeology of IRNITU Artur Kharinsky went to the upper reaches of the Oka River, where, according to historians, the ancestral home of the Mongolian people Ergene-Kun may be located.

In total, 34 barrow-like structures were found during the expedition.

The expedition members explored the ritual structures that could have been created by ancient tribes in memory of the dead.

These structures, according to one version, are cenotaphs - symbolic graves, whose "owners" died or disappeared far from home.

According to scientists, in order to understand the purpose of the graves, one should study Mongolian mythology.

At the excavation site, the expedition also discovered a stone mound with a ring fence - khereksur.

According to scientists, this finding may mean that a Caucasian population lived on this territory, and it moved to the eastern part of Central Asia.

“The surveyed Khereksur is the northernmost of all the known monuments of this type.

This means that a population with an admixture of well-defined Caucasoid features has moved far to the East.

We can assume that the upper reaches of the Oka were one of the centers of settlement of representatives of the culture of reindeer stones and Khereksurs, ”emphasizes Artur Kharinsky.

In addition, during excavations, archaeologists discovered an unusual burial.

The buried person did not lie in a traditional burial pit, but on the surface of the earth under a mound surrounded by a circular masonry.

Next to it were stones of different colors, in which scientists saw the sacred meaning.

“Interestingly, the skeleton is facing southeast.

The funeral rite differs from those known to date in the Baikal region.

We can assert that this is the earliest burial in the Southeastern Sayan, dated back to the Bronze Age, ”Arthur Kharinsky commented on the results of the excavations.

The archaeologists decided to transfer the remains for detailed study to the Canadian scientist Anjay Weber, who will conduct all the necessary analyzes in the laboratory of the University of Oxford.