CCTV released at the time of '600 damage' Cheonan apartment fire

It is a real-time e-news that looks at the news that has become a hot topic on the Internet overnight. Recently, a video of the fire at an apartment building in Cheonan, Chungcheongnam-do, in which about 600 vehicles were damaged, was released and netizens' attention was focused. 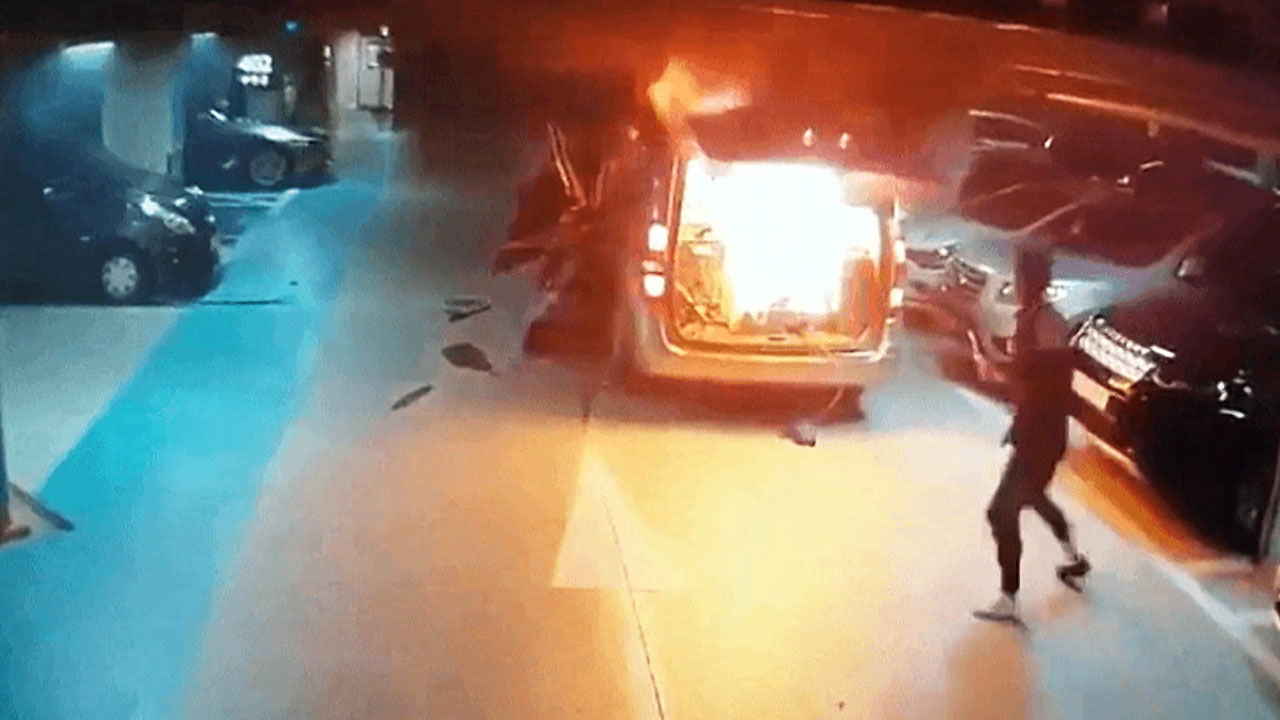 Recently, a video of the fire at an apartment building in Cheonan, Chungcheongnam-do, in which about 600 vehicles were damaged, was released and netizens' attention was focused.

At around 11 pm on the 11th, it is an underground parking lot in a residential and commercial complex in Cheonan.

The explosion and the start of a fire in the van for business trip car wash were captured on CCTV in the parking lot.

The fire spread quickly while the car wash employee was restless.

In the fire, an employee suffered second-degree burns to the body and was taken to a hospital, and 14 residents were treated for inhalation of smoke.

About 380 firefighters and 50 fire engines were deployed to put out the fire in three hours.

It is understood that a whopping 666 vehicles were damaged if all burned or partially burnt cars and tanned vehicles were added. There are claims that it will be much larger.

Broadcaster Park Na-rae, who recently won a bid for a detached house in Itaewon worth 5.5 billion won, was caught up in suspicions of moving into disguise.

Yesterday (15th), an online entertainment media raised suspicions of moving in under the guise of Park living in a luxury villa in Hannam-dong, Yongsan-gu, Seoul, and that his resident registration address was in Jagok-dong, Gangnam-gu, Seoul.

Park has frequently been exposed to living in a villa in Hannam-dong through entertainment programs, but when he received a successful bid for a detached house in Itaewon, Seoul through an auction last month, the address on the document submitted to the court was listed as an officetel in Jagok-dong.

In response, Park's agency explained that the house in Jagok-dong is the space where Park works, and for convenience, she lived in two places, but did not know that it could cause a problem, and explained that she has now filed a correction report.

He added that he did not intend to profit from the address transfer, adding that he would take responsibility if there were any legal problems.

You may remember the Ronaldo no-show incident that occurred because Ronaldo did not play in a friendly match with a domestic professional soccer team.

Ronaldo, who was supposed to play in a friendly match between Ronaldo's club Juventus and Team K League in 2019, returned after sitting only on the bench.

About 4,700 spectators including Mr. A filed a claim for damages against The Festa, the organizer of the event, asking for compensation for damages. The verdict was confirmed.

The organizers advertised that Ronaldo would play, and the plaintiffs decided that spring was justified as they purchased tickets on the premise of this.

This is not the first time that spectators have filed lawsuits against the organizers in relation to the Ronaldo no-show incident.