It is said that he was born in the 1920s, in the Cordovan Venta de Vargas, a place of recreation and meeting of singers, dancers and bullfighters of the time, when his owner came up with a m 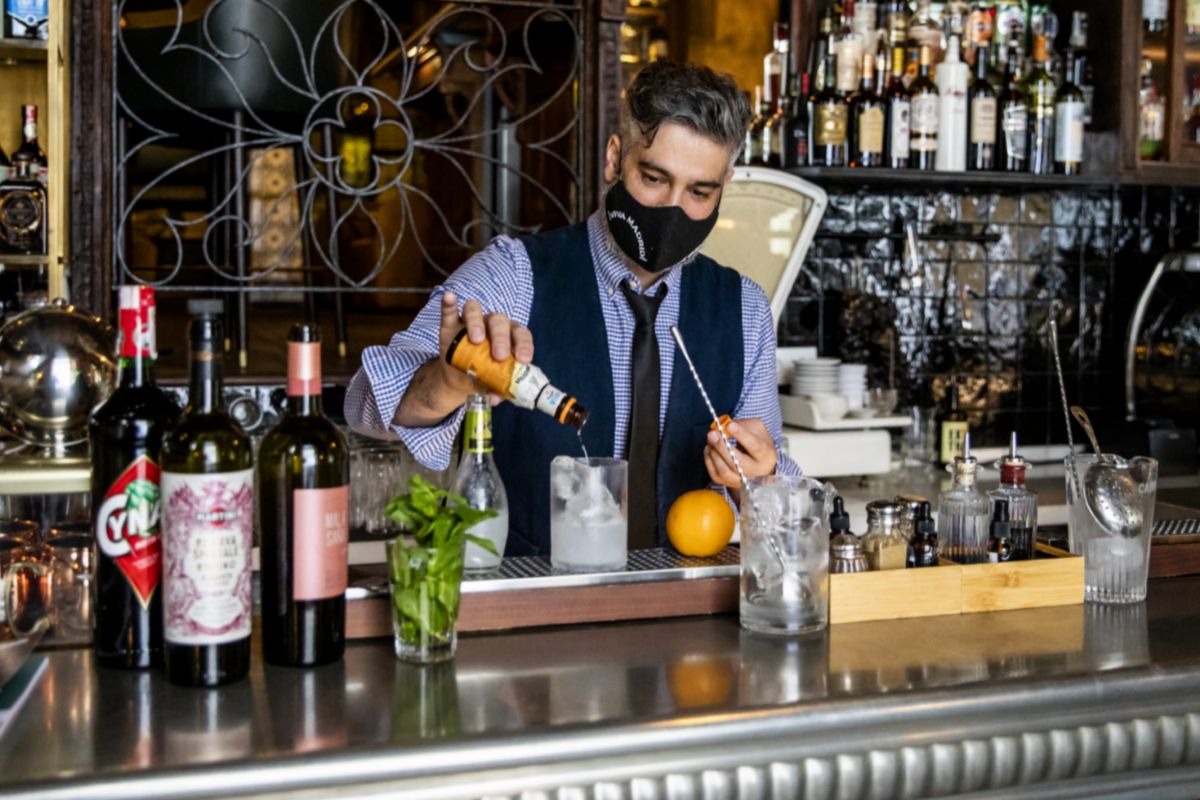 They say that he was born in the 1920s, in the Cordovan

, a place of recreation and meeting of cantaores, dancers and bullfighters of the time, when his owner decided to

with a mixture of house wine and a siphon. . Over time, that summer red, already with soda, mutated into that national cocktail that in the 60s refreshed the

Swedes in the middle of the tourist boom

. Today, this simple drink is a classic of the summer and of Viva Madrid (Manuel Fernández y González, 7),

and one of the capital's most historic traditional venues.

According to the bartender, also the soul of the Salmon Guru cocktail temple, number 22 on

, “here we serve all the traditional cocktails, including the tinto de verano.

There is a tendency to believe that everything old is bad, and I always say that, if it is well done, it is good.

We have wanted to

recover this combination for the city

Diego during the preparation of the cocktail, in 'Viva Madrid'.

Of course, being who he is, “people expect a little more

But let's not go crazy.

There is not much innovation in mixing wine with soda, you can change one or the other, although in the end it will always be wine with soda.

We have given it that point more, adding a few drops of Cynar to it;

others of vermouth, which in itself has a lot of botanicals, and the bitters, just a few taps, ”explains this

Argentine by birth and from Madrid for taste.

A summer red, "of quality, with a plus of complexity" and whose flavor aspires to recall that drink that young Diego tasted in Ibiza 20 years ago, shortly after arriving in Spain.

«An Asturian friend gave me

We put the soda in a glass with ice and slowly serve the mixture of vermouth, cynar, wine and bitter strokes so that the drink is divided into two colors.

Finally, we decorate with mint.