If you have to renew your DNI today, you are going to find an important novelty: today the so-called DNI 4.0 has come into force, a new identity document that will be mandatory ... 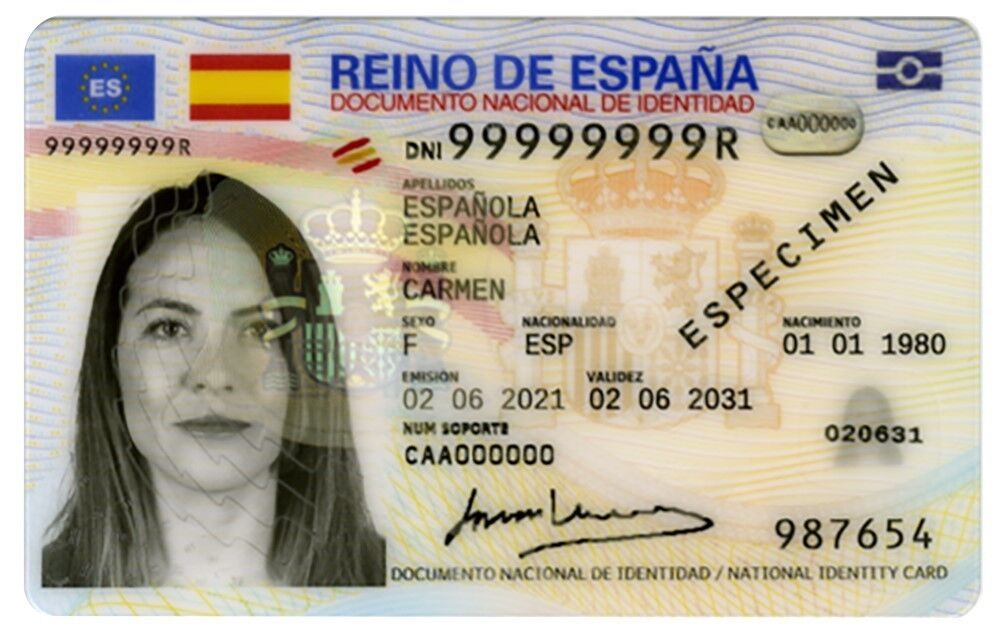 If you have to renew your DNI today, you will find an important novelty:

today the so-called DNI 4.0 has come into force

, a new identity document that will be mandatory throughout the European Union as of August 2.

This does not mean that

your current ID is

no longer valid and you have to renew it.

will be valid until their expiration date

Also known as the '

', its design and characteristics will be common in all the countries of the European Union.

In this way, it will be homologated in all member countries and it will be easier to identify citizens, not only because of their appearance but also because all the information is written

both in the language of origin and in English

Although the United Kingdom is no longer part of the European Union, this language has been chosen as the vehicular language because it is the most used among member countries.

but will include modifications on both the front and the back of said document.

(corresponding to Spain) is added that is printed in a blue rectangle surrounded by the yellow stars that symbolize the European Union.

incorporates a microchip with

to save the photo, signature and fingerprints of its bearer

, in addition to the Authentication and Electronic Signature certificates.

Since it has much more compromising personal information than current identity documents, there are

both visible and invisible to the eye, which make it much more difficult to falsify.

CARRY THE NEW ID ON YOUR MOBILE

One of the key aspects of DNI 4.0 will be the guarantee of the citizen's digital identity.

The new model of European DNI is part of

the DNIE Digital Identity Program of the National Police

, financed with resources from European funds requested through the Recovery, Transformation and Resilience Plan of the Government of Spain.

The project has a global endowment of 25 million euros, of which 6.5 will be invested in 2021 and its goal is "that the new document can be used by all Spaniards, so that they benefit from the opportunities offered by the information technologies in

their application to electronic commerce and Electronic Administration

", as assured during his official presentation in June the Minister of the Interior Fernando Grande-Marlaska.

During the coming months, citizens will be able to register their national document on mobile devices to use them in

official applications prepared by both Spain and the European Union

citizens can leave their physical ID at home

carrying only the mobile version that will prove their identity and allow them to use an electronic signature from the phone.

the application of the Union has a more ambitious approach

and seeks that, in addition to functioning as an app in which to carry official documents legally, it serves as a communication mechanism with the administrations at different levels (local, regional and state) to

carry out bureaucratic procedures or the payment of taxes or fines

Likewise, over the next few months, the Government plans to

, a semi-automatic issuance system that promises to reduce "waiting times in ordinary renewals and will increase security by

obtaining the photograph in situ

and the payment of fees by card.