12 cheesecakes to be tempted (again and again)

Present on the menu of almost all restaurants in Madrid, it has been the fashionable dessert for a few years, if it even has an International Day (today, July 30). With the inte 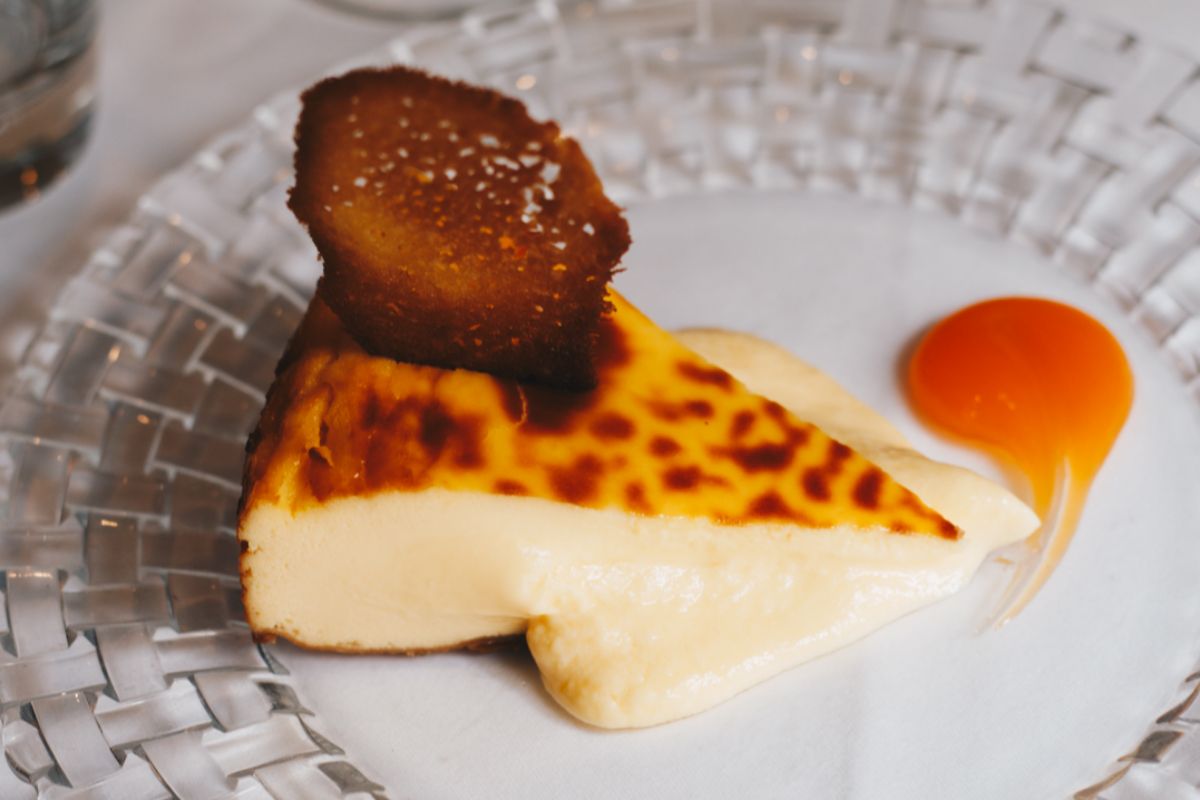 Present on the menu of almost all restaurants in Madrid, it has been the fashionable dessert for a few years, if it even has an

With a liquid or consistent interior;

with soft or strong cheeses, even a mixture of them;

with jams and ice cream ... There

for all tastes and styles,

... But, in any case, how difficult it is to resist a good cheesecake, like the dozen that we show you here.

This restaurant and its brothers (La Maruca Velázquez and Castellana, La Bien Aparecida and La Primera) sign one of the

the capital and a

of the Cañadío Group dining rooms.

The recipe was born in Cañadío Santander, the first place that

and which is now 40 years old

The secret of this iconic dessert that is

is, among other things, in the fresh cheese that is used and in the

control of the temperature

and the baking time.

If you want to try it, remember to order it before the service, because it flies.

Nino Redruello is the author of one of the most delicate and valued recipes in Madrid.

It all started in Fismuler (Familia La Ancha), an establishment in the Chamberí neighborhood of which he is the owner and chef.

After a long time of trial and error, they came up with the cake of their dreams.

, one fresh, one smoked idiazábal and the other blue, and the creamy, almost liquid aspect of the dessert.

Market cuisine, seasonal produce ... and a cheese cake with a lot of personality are brought to

The one that gives it the

, of Asturian origin and with a mild smoke flavor and a slightly spicy

It is a consistent cake on the outside and

extra creamy on the inside

, which can be enjoyed both at the bar and in the restaurant room.

The kings of this place in the Salamanca district are the

fire and the embers

a little runny in the center

, while its surface is toasted.

And, even if they don't reveal the recipe, here are some clues: they make it with good

and a cheese that gives it complexity and a honeyed touch.

are the souls of this bar-restaurant where the protagonists are

Dishes that start from tradition to stand alongside the contemporary, such as their

, a game of sweet and savory.

The result is a proposal "creamy; strong ... not liquid; with a lot of blue cheese and salty toffee. Then, it has a little cream of cherries and

And, being a space of Asian cuisine (

), it is not surprising that the

of its creamy cheesecake is

In addition, it has a mixture of three cheeses (

), eggs, butter, Maria cookies, sugar and vanilla essence and a pinch of salt.

We already said it at the beginning, different.

I Contest for the Best Cheese Cake

of Madrid, organized by the Association of Pastry Cooks (Acyre) of Madrid. Its author is Carlos Sierra, chef at Poncelet Cheese Bar, who has used

, one fresh and the other blue. And what is the recipe for this dessert that, in addition to being awarded, is the star of this dining room in the Chamberí neighborhood? The mixture of both cheeses (one from

), fresh free-range eggs from Madrid, cream, sugar, goat butter, a biscuit base, pistachio crumble and, to accompany, a

You can also eat and buy at the Poncelet Store (Argensola, 27).

From their cozy dining room in the Salesas neighborhood

have been writing and reciting for more than 20 years an

highest quality product -which they pamper like a baby- and to traditional cuisine. And it is that here they turn the simple into the sublime and vice versa. Something like this happens with the cheese cake, which they have been with them

since they opened this house

and which for many is the best in Madrid. "We started doing it before there was this fever. Faced with so much boom, sometime we have thought about removing it from the menu, but we can't. There it continues with

us and with our clients,

" explains Elisa. How do they make it? It has a

The gastronomic offer of this centennial establishment, a meeting point for several generations, has been revitalized by the hand of

Here the recipes -updated- with a

And already a whole tradition of the capital's restoration is our iconic cheese cake, which can be enjoyed both at the

The chef opts for a

with a creamy interior, which is accompanied by

The Madrid chiringuito of the restless Andalusian chef Dani García falls into the temptation of cheese.

childhood of the Marbella chef

- has a classic and traditional appearance, but it is a

Thus, instead of payoyo de Ronda, an ingredient in the original recipe, it has fresh cheese.

"We wanted to review it to get a

, executive chef of the Tatel Group restaurants - led by Rafa Nadal, Pau Gasol, Cristiano Ronaldo and Enrique Iglesias - is not spared the influence of the cheesecake.

The one signed by the Madrid chef at the Madrid headquarters has a base of biscuit,

The result is a dessert where textures are part of the gastronomic game:

almost liquid on the inside and forceful on the cover

The final touch is a homemade milk ice cream.

In the most personal project of

- where both express their passion for raw materials, especially the marine that arrives here from the Catalan, Galician and Andalusian coasts - there is also room for a

It is one of their

base of wheat and almond flour

and a cream cheese filling flavored with lemon, lime and orange zest.

It is presented at the table accompanied by a homemade strawberry jam served separately.

Gastronomy13 new places to eat well for 35 euros (or less)

Gastronomy15 trendy restaurants that are open in August

GastronomyAcoge un Plato, the refugee and migrant restaurant to go to this summer