The effectiveness of an engine can only be determined by looking at its degree of efficiency. Then it turns out that the electric motor is unbeatable, also compared to diesel engines and electric motors that are powered by a hydrogen fuel cell. 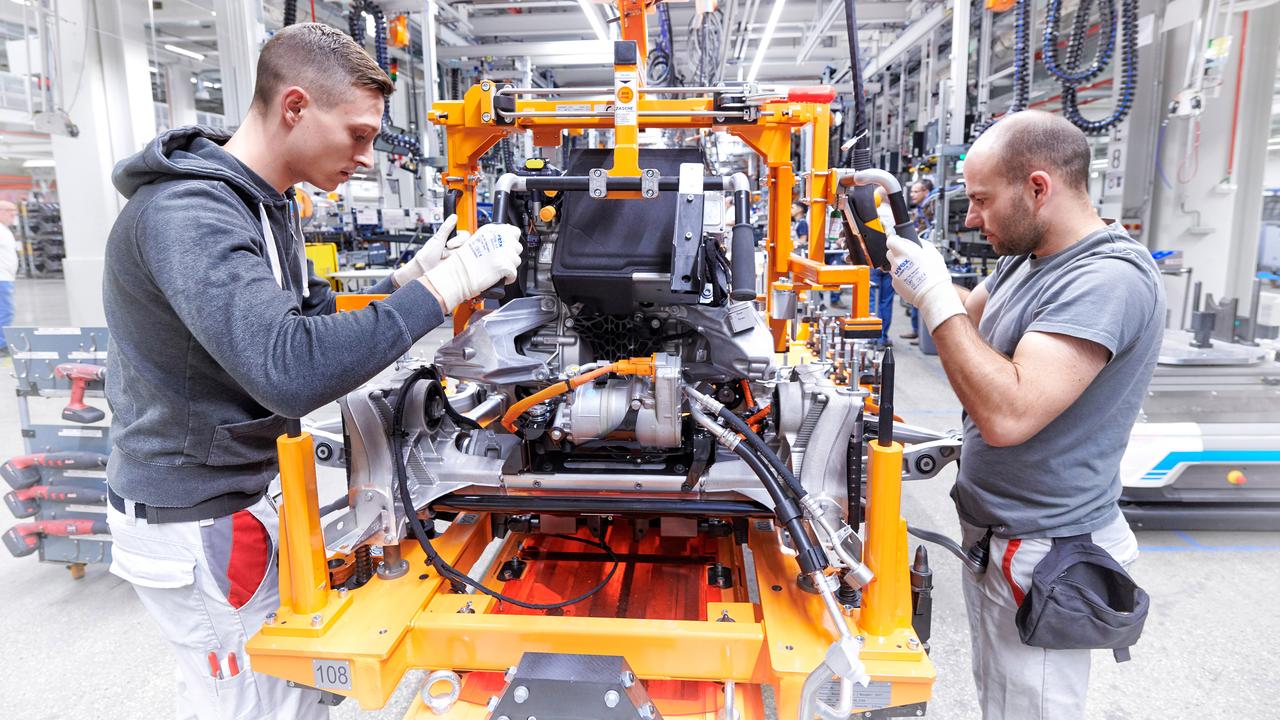 The effectiveness of an engine can only be determined by looking at its degree of efficiency.

Then it turns out that the electric motor is unbeatable, also compared to diesel engines and electric motors that are powered by a hydrogen fuel cell.

Whether it is a petrol or diesel engine, a car with an electric motor or a car with a hydrogen powertrain, the same applies to all drive systems: part of the energy stored in the fuel cannot be used for propulsion, but is lost .

Anyone who has paid attention in physics classes knows that energy cannot be lost.

However, most of it is converted into unwanted components.

For example, in frictional heat in bearings.

And a lot of heat is lost through the exhaust gases and the cooling.

Conventional combustion engines in particular are at a disadvantage here.

Reason: When a fuel mixture is ignited in the combustion chamber, a lot of heat is generated.

Much more than the engine can thermally handle.

Thus, the engine must be cooled.

The heat therefore flows away more or less unused through the cooling water and the exhaust system.

Ultimately, a gasoline engine has an efficiency of about 29 percent;

for a diesel engine this is slightly higher, namely 32 percent.

An electric motor powered by a hydrogen fuel cell gets to about 40 percent.

These are all values ​​that are much lower than those of electric cars with a battery pack.

If the electricity comes from batteries, the efficiency rate is about 80 percent.

All the above values ​​are approximate by the way.

The actual return ultimately depends on many factors.

For example, a petrol engine can achieve an efficiency of between 25 and 40 percent in the part-load and full-load range.

Then the efficiency level drops to just 10 percent.

However, so far we've only talked about in-car efficiency.

The experts call this

If you want to look at it as a whole, you have to take it a step further - and look at the efficiency from the energy source to the use in the car.

Oil extraction and refining releases a lot of CO2

Oil extraction and refining releases a lot of CO2

Hydrogen in particular is complex to produce, which worsens the balance.

According to calculations by the German Ministry of the Environment, which investigated how much power must be generated in the chain to allow a car to travel 100 kilometres, it turned out that a fully electric car needs 18 kWh and 54 kWh for a hydrogen car.

Germany is also experimenting with the development of synthetic fuels.

According to Porsche, this can reduce CO2 emissions from fuel engines by 85 percent.

However, the production process also costs a lot of energy, even if green energy is used.

As a result, according to the same calculation by the ministry, 115 kWh is needed to drive a car on synthetic fuel 100 kilometers.

All in all, the fuel cell achieves an efficiency of 27 percent, with the petrol engine this is 20 percent and with the fully electric car about 64 percent.

Last year, however, a study by the international and independent NGO Transport & Environment (TE) showed that the efficiency of the fuel cell has the most room for improvement, up to 10 percent.

Green power as a condition

As far as the CO2 balance is concerned, the different energy sources perform about the same.

The lowest CO2 emissions, if we look at the entire supply chain up to in-car use, comes from fully electric cars.

The condition is that green energy is used.

When looking at the entire lifespan of the car, there are studies that show that even in a country like Poland, where many coal-fired power stations are still in use, the CO2 emissions of a fully electric car are 29 percent lower over the lifespan. than that of a petrol or diesel car.

The electric motor is simply unbeatable in terms of efficiency, as it turned out.

If you use green energy to charge the batteries, the performance in terms of CO2 emissions is also unsurpassed.

For example, the battery-electric car does something good for the environment.

In terms of green image, the battery pack is not undisputed, but the figures speak in favor of the electric car

In terms of green image, the battery pack is not undisputed, but the figures speak in favor of the electric car

This story was featured in AutoWeek 28.