"Shrouded in mystery": why the Inca fortress Machu Picchu still remains a mystery to scientists

110 years ago, the American archaeologist Hiram Bingham discovered in the Andes an Inca fortress, known today as Machu Picchu, and the former, presumably, one of the residences of the Inca rulers. Historians still argue about when the fortress was built and under what circumstances the inhabitants left it. Due to the fact that the Spanish conquistadors never reached Machu Picchu, the fortress is well preserved and serves as an excellent example of the original Inca architecture. According to experts, science today is not able to answer many questions related to the history of Machu Picchu. 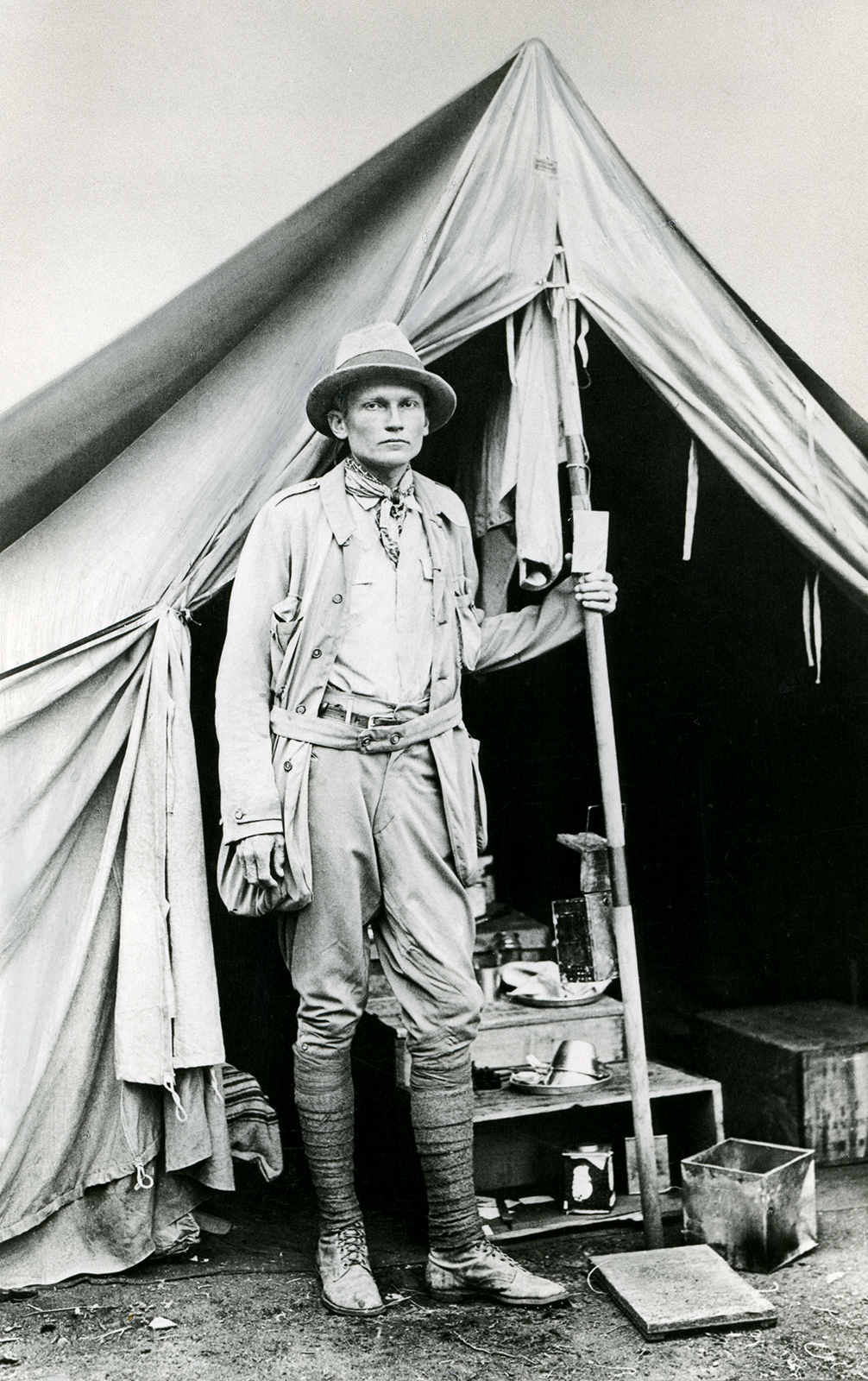 On July 24, 1911, the American explorer Hiram Bingham, who headed the Yale University expedition, discovered an abandoned Inca fortress in Peru, later named after one of the nearest mountains Machu Picchu (its ancient name is not reliably known to science). Bingham was looking for the lost cities of the Incas and in one of his conversations with the Indians he learned about the ruins located less than a hundred kilometers from the city of Cuzco in the Cordillera de Vilcabamba mountain range, between the Machu Picchu and Huayna Picchu mountains.

When Bingham arrived in the area, the locals confirmed that the remains of ancient structures did exist. But due to bad weather, the other members of the expedition did not want to go to the mountains, and Bingham moved to the Inca settlement only with a bodyguard and a local boy guide. According to historians, the results of the campaign exceeded all his expectations. He discovered a fortress, untouched by the Spanish conquerors, built several centuries earlier.

The fortified settlement was located at an altitude of about 2.4 thousand meters above sea level.

According to experts, it was not completely abandoned: on the mountain terraces erected by the Incas, local Indians continued to engage in agriculture, and in the 19th century, presumably, European adventurers visited the fortress.

However, it was not known to official science and had never been previously studied by scientists.

“An important advantage of Machu Picchu was that it was not subjected to any artificial destruction.

Thatched and wooden elements of buildings have rotted away, and everything else was untouched, "said Andrei Shchelchkov, editor of the Latin American Historical Almanac, in an interview with RT.

In 1912 and 1915, Bingham conducted archaeological excavations in and around the fortress, discovering other Inca settlements and taking a collection of Inca artifacts to the United States.

However, after returning to the United States, the archaeologist after a while left science and went into politics.

He was the governor of Connecticut and a senator, and under President Harry Truman participated in investigations of "subversive activities" in the US Department of State.

According to some researchers, Bingham is considered one of the prototypes of the fictional archaeologist Indiana Jones.

Following Bingham, other scientists began to come to Machu Picchu.

The study of the fortress continues to this day.

In the 21st century, specialists in laser scanning and the use of georadars came to the aid of archaeologists.

But, despite the good preservation of the buildings of Machu Picchu, scientists still cannot answer many questions about the history of the settlement.

According to the doctor of historical sciences, head of the department of America of the Museum of Anthropology and Ethnography of the Russian Academy of Sciences Yuri Berezkin, today it is believed that the Machu Picchu fortress was founded around the middle of the 15th century by the creator of the Inca empire Pachacutec Yupanqui and was one of his residences.

“Strictly speaking, we do not know for sure whether Pachacutec Yupanqui personally visited Machu Picchu, but everything in the residences had to be constantly in readiness for his arrival,” Berezkin said.

At the same time, as the General Director of the Latin American Cultural Center named after Hugo Chavez Yegor Lidovskaya notes, everything connected with the founding of Machu Picchu is largely based on assumptions.

“Machu Picchu is a fortress shrouded in mystery.

We have common versions regarding its history, but we do not know the details, ”the expert emphasized.

As the famous Russian art critic Sergei Kurasov writes in one of his articles, recently, during research in Machu Picchu, objects dating from the first half of the 14th century were discovered.

It is possible that the fortress (or at least the settlement in its place) is older than previously thought.

According to Victor Kheifets, Doctor of Historical Sciences, the population of Machu Picchu was small, including by the standards of the Inca Empire.

“Apparently, more than 1200-1500 people have never lived there,” the historian explained.

Machu Picchu was linked to other Inca centers by a road about 1.5 m wide paved with granite slabs.

Construction on the territory of the fortified settlement continued until the 16th century, when the Spanish conquistadors arrived in South America.

“The settlement of Machu Picchu was isolated.

Most likely, even most of the Incas did not know about him.

Therefore, after the arrival of the Spaniards, there was even no one to tell the conquistadors about him, ”Andrei Shchelchkov suggested.

In turn, Yuri Berezkin doubts that the Machu Picchu fortress could have been one of the key public or cult centers of the Inca Empire, but he emphasizes that there are no analogues to it today.

Scientists have discovered about a hundred residential buildings in Machu Picchu and about the same number of public and religious buildings.

All types of buildings typical for Inca centers are represented in the settlement: temples, an observatory for determining the day of the solstice, houses of the nobility, premises for the residence of "chosen virgins" - a special social group that participated in religious rituals and was, according to a number of assumptions, the tacit wives of the ruler.

A characteristic feature of Machu Picchu, scientists call the abundance of stairs and terraces intended for agriculture with an effective drainage system.

"For the construction of Machu Picchu, the space in the mountain range of granite deposits was used in such a way that the sanctuary was ideally inscribed in the relief between the most important natural objects for the Incas," writes Sergey Kurasov.

According to him, the natural landscape and architecture of Machu Picchu are inseparable from each other and form a single harmonious space.

Huge boulders for the construction of buildings in Machu Picchu were delivered from quarries located at a considerable distance from the village itself, using muscular strength, logs and devices resembling sledges.

The stones were processed, polished and carefully fitted to each other so that even a knife blade could not be inserted into the gap between them.

No cementing solutions were used.

“A miracle made of stone,” wrote the Czech ethnographer and researcher of Indian history Miloslav Stingl about Machu Picchu.

According to him, Machu Picchu consists of three main parts: the “Royal” and “Sacred” quarters, as well as an area consisting of simple houses, in which servants and builders apparently lived.

The fortress also had a prison and a special room that housed judges, warders and executioners.

The fortifications of the settlement included walls, towers and ramparts.

A number of Inca burials have also been discovered in Machu Picchu.

According to Yegor Lidovsky, an analysis of the bone remains of the inhabitants of the fortress indicates that they were not local residents, but came from various regions of the Inca Empire.

According to scientists, only part of the population of Machu Picchu lived permanently in the fortress.

Most of its inhabitants were in it for only two or three months a year.

The reasons for the desolation of the fortress, to which the Spanish conquistadors never reached, are unknown to science.

Miloslav Stingle suggested that Machu Picchu became a place where part of the Inca elite tried to “mothball” the old way of life.

But the soldiers went to the partisan war against the Spanish invaders and did not return, the priests grew old, and the "chosen virgins" no longer gave birth to children.

Perhaps the city gradually emptied by itself.

However, some researchers believe that the population left Machu Picchu on purpose - for example, due to lack of water.

This happened, presumably, in the 16th century.

“We will never really know more about the Incas than we know now.

Archeology cannot answer such questions, but there are no written sources, ”Yuri Berezkin expressed his opinion.

According to Yegor Lidovsky, Machu Picchu is a vivid evidence of how high the level of development was achieved by the civilizations of the Western Hemisphere before the arrival of the Europeans.

“The study of Machu Picchu clearly demonstrates to us that the Indians at some points were even ahead of the Europeans, and if they were not touched, they could create a completely unique civilization, different from everything that we know today.