19 places where ceviches are addicted

Refreshing, with just the right point of acidity and, above all, marine. This is how a ceviche should be, that dish where fish and shellfish shine, diced and marinated on ice, l 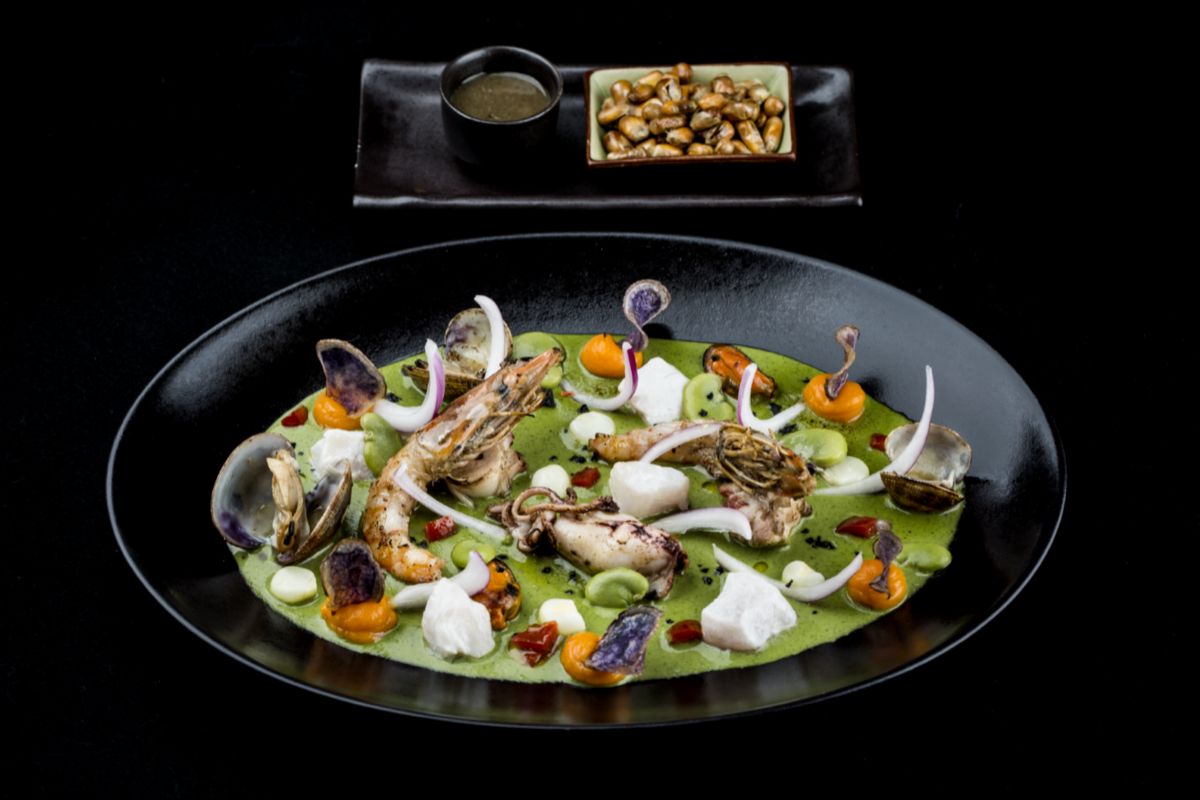 Refreshing, with just the right point of acidity and, above all, marine. This is how a

, that dish where fish and shellfish shine, diced and marinated in ice, lime, chili, salt and red onion and, often, coriander and other herbs. A recipe that few knew 20 years ago and that today is common in the letters of almost

. Its origin is located in Peru, although it is also claimed by Mexicans and has influences from Spanish pickling. The truth is that it is already

(who has not heard of tiger milk, often a faithful escort of this dish?) And if not, take a look at the

of the capital, where we find versions

classic, fusion, author and even hooligans

We start with the modern and creative Peruvian cuisine of

. Something that is also

the four ceviches that this restaurant offers right now, which, since 2016, is located in the Las Salesas neighborhood.

the secret history of the lobster and the truffle

with zarandajas, avocado and onion; served on its shell with the head sautéed and smoked in the wok and sliced ​​fresh seasonal truffle; all accompanied by some

, inspired by a meat dish that is replaced here by

wok seafood with a touch of smoke

It is accompanied by potatoes, sweet potatoes, corn, corn, beans, huacatay and chili peppers and, at the end, it is mixed with a corvina ceviche.

, of corvina, prepared with tiger's milk made with charapita chili pepper and fresh turmeric (key cooking ingredients of the

) and accompanied by plantain patacón stuffed with avocado and green mango.

: corvina, onion, coriander and lime juice with cancha, sweet potato and corn and tiger milk (prices: from 22 to 40 euros).

If something characterizes the restaurant of chef Jhosef Arias -

of ceviches (or cebiches, a spelling that the Peruvian chef prefers, because it derives from "encebollado, and the Peruvian cebiche it comes from the influence of the Spanish pickle ", explains Arias).

Thus, you can start with some oysters in oriental tiger milk with ají limo and continue with the three

of the house: the

(fish, squid, octopus, prawn and tiger's milk) or the

, with the same ingredients as the previous one to which coriander is added (prices: from 4 to 18.50 euros).

that brought ceviches to Madrid long before they became

, is one of the essentials on any route featuring Peruvian cuisine, its lesser-known recipes and also this refreshing dish.

He is barely a year old and

(Tellez, 20) is already one of the leading Peruvians in the capital.

Ceviches have great weight in their proposal of traditional cuisine of the Andean country.

Up to 12 offer this dining room in the Pacific neighborhood.

(a tribute to the Peruvian Amazon, with fish marinated and cooked with lime juice and a

, accompanied by patacón, corn, avocado and purple onion) to

(with fish and seafood marinated in lime juice and ají amarillo), through the

And from a new place to a classic in the capital,

Eight proposals are currently on the letter.

Here is a trio as a sample: corvina in lime juice with a

with cancha land and crispy sweet potato (prices: from 10 to 17 euros).

, in addition to one of the most popular surnames in Peru, is the name of this restaurant in the Salamanca district (Orellana, 1). Its offer includes four proposals:

, with cubes of wild sea bass marinated with tiger milk;

, cockles, corvina, squid and prawns with rocoto tiger's milk, and

, which has corvina and battered tiger's milk and pieces of avocado (prices: from 22 to 24 euros). Also his little brother,

(Almirante, 20), bets on ceviche. Located in the Las Salesas neighborhood, this restaurant with

(Valenzuela, 7), the new Mexican house with a touch of the Pacific that

opened a few months ago just a step away from Retiro, the chilango opts for

to add subtle touches of spice and acidity.

An example of this is the

with roasted green tomatillo, a show of flavor that you can try if you are one of the lucky ones who has managed to get a table in this dining room for which everyone sighs.

And we do not leave the

Although it is sometimes difficult to get a place in

, that place that Roberto Martínez Foronda opened four years ago in the Vallehermoso Market (Vallehermoso, 36), do not despair and join the waiting list, there is usually luck.

And, if you prefer to take it at home, a version of the sea bass ceviche with yellow pepper is also available at Triperito, the

reflects the life experience of this Peruvian chef: he trained in Lima, did

in Spanish Michelin stars and fell in love with Asturias.

The result of all this are

(General Oráa, 25), where he mixes the Peruvian, the Chifa and the Nikkei with the Asturian, and

(Don Ramón de la Cruz, 83), a commitment to Creole cuisine, in which Andean and Asturian are combined.

In the first, Céspedes proposes a

in the second, do not miss the

green with huacatay and mango

and the ceviche with hot pepper and avocado cream (prices: 15.90 euros).

los Arces, 11) Sergio and Roberto Hernández bet on the

, which they make with their own tiger milk with ginger, celery, garlic, purple onion, lime and fish stock. To

, they are served with roasted sweet potato puree, fried cancha corn, fried plantain and creole, a julienne onion with salt, lime and coriander. In addition, they make the yellow chili paste themselves (prices: 16.95 euros).

The ceviche is also present in the Mexican

(Jorge Juan, 27), the traditional-oceanic and more

of the Zoko Group

in the capital, is a ceviche of sea bass, octopus and cockles (price: 16 euros).

And not far from there, in

(Plaza de la Independencia, 4), a gastronomic and leisure reference in the capital for almost two decades, they sign up for the classic corvina al ají amarillo (price: 22 euros).

(Modesto Lafuente, 64), the brothers Julián and Luis Miguel Gil have a good hand to merge the gastronomies of Latin America and the easternmost part of Asia and, as a result of that union, proposals such as

, which opened a little more than a year ago and which now has three stores (Princesa, 79 and in the La Paz and Vallehermoso markets).

(octopus, prawns and squid with tiger's milk and yellow pepper) and

ReopeningFirst day of the 'new' Zalacaín: goodbye to the jacket, many classics on the menu and some promising tripe

GastronomyForno de Lugo, the Galician bakery that has gone from selling at fairs to opening seven stores in Madrid