A man in his 30s was arrested while driving under the influence of alcohol while crossing lanes in the middle of the night. I ran over 20km away from the police, but it was a citizen who stopped it. 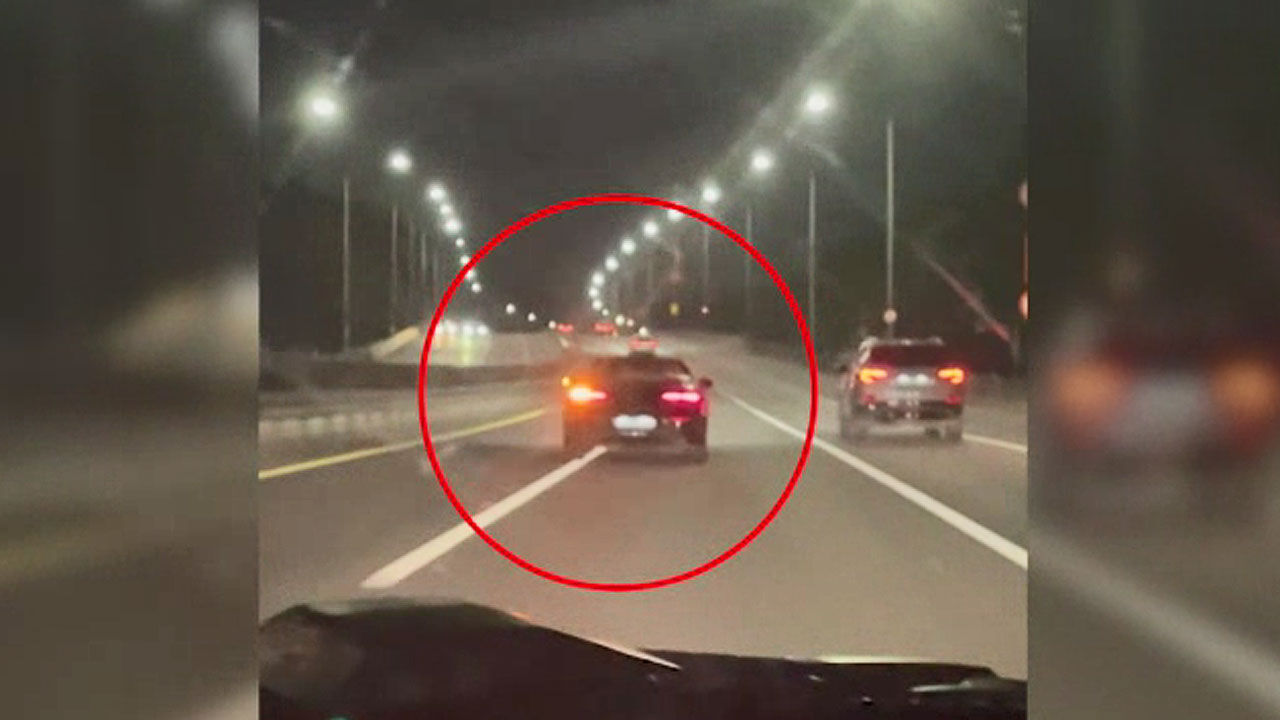 man in his 30s was caught driving drunk while crossing lanes in the middle of the night. I ran over 20km away from the police, but it was a citizen who stopped it.

Incheon section of Yeongdong Expressway on the night of the 17th.

A black car performs acrobatic driving while turning the left and right blinkers on and off.

Hee-seok Jung, ignoring the drunken crackdown, witnessed a vehicle running away and started chasing him.

[Police (reported situation at the time): This is the police on the move. Did you report drunk driving, but the police caught him and said he was running away?]

[Jeong Hee-seok/Informant (reported situation at the time): He was caught and suddenly ran very fast.]

Drunk vehicles continue to run dangerously on the underpass.

[Vehicle passenger: It's too dangerous. I think I'm going to drive it (in the wall) now.]

I sound the horn to warn, but several times I ignore the red light and run away.

Even in a narrow alleyway, it keeps turning in the same direction without slowing down.

[Vehicle passenger (reported situation at the time): The drunk driving vehicle is running around and running away, because it is Sangdong Market in Bucheon.]

The 30-minute chase ended as Jung predicted the direction he was going to get out of and blocked the vehicle.

[Park Il-Nam / Witness: It went two or three laps very fast like racing. When I got out of the car, I stumbled a bit and fled to the inside of the villa.] The

police who followed caught the driver in his 30s and measured his breathing, and his blood alcohol level was at the level of license revocation.

He fled after being instructed to stop by the police in Siheung, and was caught in Bucheon, so he was driving under the influence of alcohol for more than 20 km.

[Jeonghuiseok / informant: rewards and "Is not should not have in the first place. So drink 'at the time' once annya not also got your 'virus, hasimyeonseo talk]