After Richard Bronson 9 days ago, the second stage of the billionaires' race in space begins. This Tuesday at 3 p.m. Paris time, Jeff Bezos, the founder of Amazon, will take off aboard the… 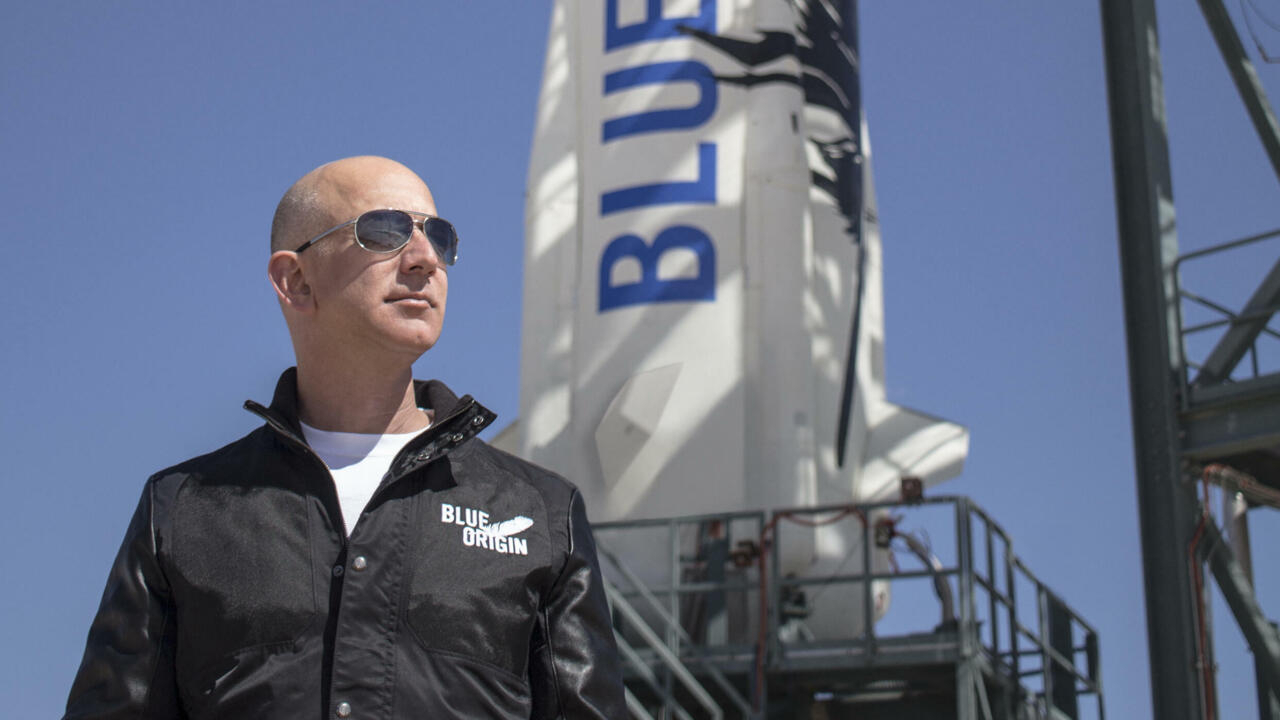 This Tuesday at 3 p.m. Paris time, Jeff Bezos, the founder of Amazon, will take off aboard the rocket of his company Blue Origin, a flight to the limit of space which carries four people in total.

After Richard Bronson 9 days ago, the second stage of the billionaires' race in space begins.

This Tuesday at 3 p.m. Paris time, Jeff Bezos, the founder of Amazon, will take off aboard the rocket of his company Blue Origin, a flight to the limit of space which carries four people in total.

He wanted to be the first, Richard Bronson stole the show nine days ago.

The founder of Amazon and Blue Origin will board his space company's New Shepard rocket, a flight that will culminate at an altitude of 106 km, just above the official limit between atmosphere and vacuum;

a little higher than his rival Bronson.

However, as for the boss of Virgin Galactic, it will not be an orbital flight: the craft and its crew will caress the space, enjoy it for a few minutes then descend to the earth around which they will therefore not turn. not.

The sight and the sensations will still be out of the ordinary for Jeff Bezos who embarks with his brother as well as Wally Funk, pioneer of American aviation and aerospace.

At 82, she had never been able to realize her dream of weightlessness until today.

After this flight, she will also hold the record for the oldest person to have been in space.

Next to him will be the youngest astronaut, 4th and last member of this crew: Oliver Daemen is 18 years old and dreams of working later in the space sector.

To read also: Billionaire Richard Branson landed after his flight in space

Our first human flight on Tuesday will be the 16th flight in # NewShepard's history.

Learn about the meticulous & rigorous launch program that brought us to this first step.

Jeff Bezos is quietly advancing in the space race.

Little by little, he made the pieces of a puzzle that is finally emerging.

Blue Origin is his start-up, his pillar for developing this space tourism that the billionaire has dreamed of for more than 20 years.

After years of tests and empty flights, this Tuesday, there will be four in the New Shepard capsule. Among them the very first paying customer of Blue Origin. The Dutchman Oliver Daimeune is the replacement for an anonymous client who had paid 28 million dollars for this trip into space. Two additional flights are planned this year. And while remaining unclear, the company explains that the goal is to have "much more" in 2022.

But Jeff Bezos sees even further.

It is not only the issue of space tourism that matters to him.

Among the stars, there are people to compete with.

SpaceX and Ariane Espace for example.

Today Blue Origin is developing a high thrust orbital rocket called New Glenn, but also a moon landing module in the hope of securing a contract with NASA.