Captain Kim Hong-bin, famous for 'the climber without ten fingers', disappeared while descending the Himalayas after climbing to the top of Broad Peak. The search is said to be difficult due to bad weather conditions. 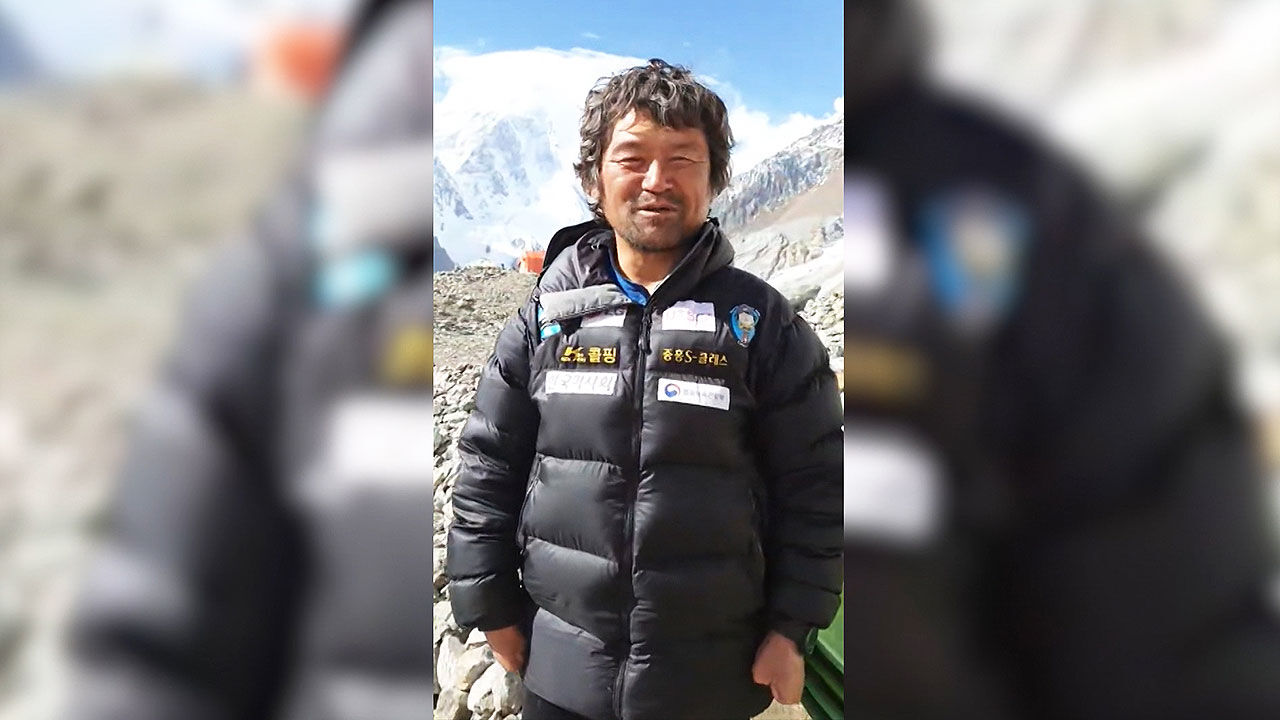 Captain Hong-bin Kim, famous for 'a climber without ten fingers', disappeared while descending after climbing to the top of the Himalayan Broad Peak. The search is said to be difficult due to bad weather conditions.

Captain Hong-bin Kim, the 'ten fingerless climber' who was the first person with a disability to climb to 14 positions in the Himalayas, went missing while going down the mountain.

[Captain Hongbin Kim: There is a difference in temperature between day and night in many ways, but I will overcome this and climb to the top. Thank you.]

Captain Kim climbed to the top of Broad Peak, the third highest peak in the Karakoram Mountains in the northeastern part of Pakistani Kashmir, around 5 pm local time the day before (18th).

However, after climbing to the summit, Captain Kim was in distress while descending.

General Kim, who was in distress while passing through crevasses at an altitude of 7,900 meters above sea level at around 0 AM local time yesterday, sent a rescue request.

After that, Russian climbers arrived at the distress site and started rescue operations, but it is said to have failed.

It is known that Captain Kim fell down while climbing the cliff because the rope loosened.

The Pakistani embassy said it would use a Pakistani military helicopter to search for Kim, but it is said that the search is having difficulties due to bad weather conditions.

[Lee In-jeong/Chairman of the Asian Mountain Federation: Because the search does not take off (helicopter) immediately, the helicopter cannot go up to 7,900m, and it is facing a very difficult difficulty... .]

Captain Kim lost ten fingers to frostbite while going solo climbing McKinley, the highest peak in North America in 1991, but overcame obstacles and climbed all seven continents for the first time in the world with disabilities.