Pontevedra, Pamplona, ​​Torrent ... these are the best cities to ride a bike

Riding a bike in the city is an activity that has more and more followers in our country, a trend that has also been driven by the pandemic. In the last year, more than 700. 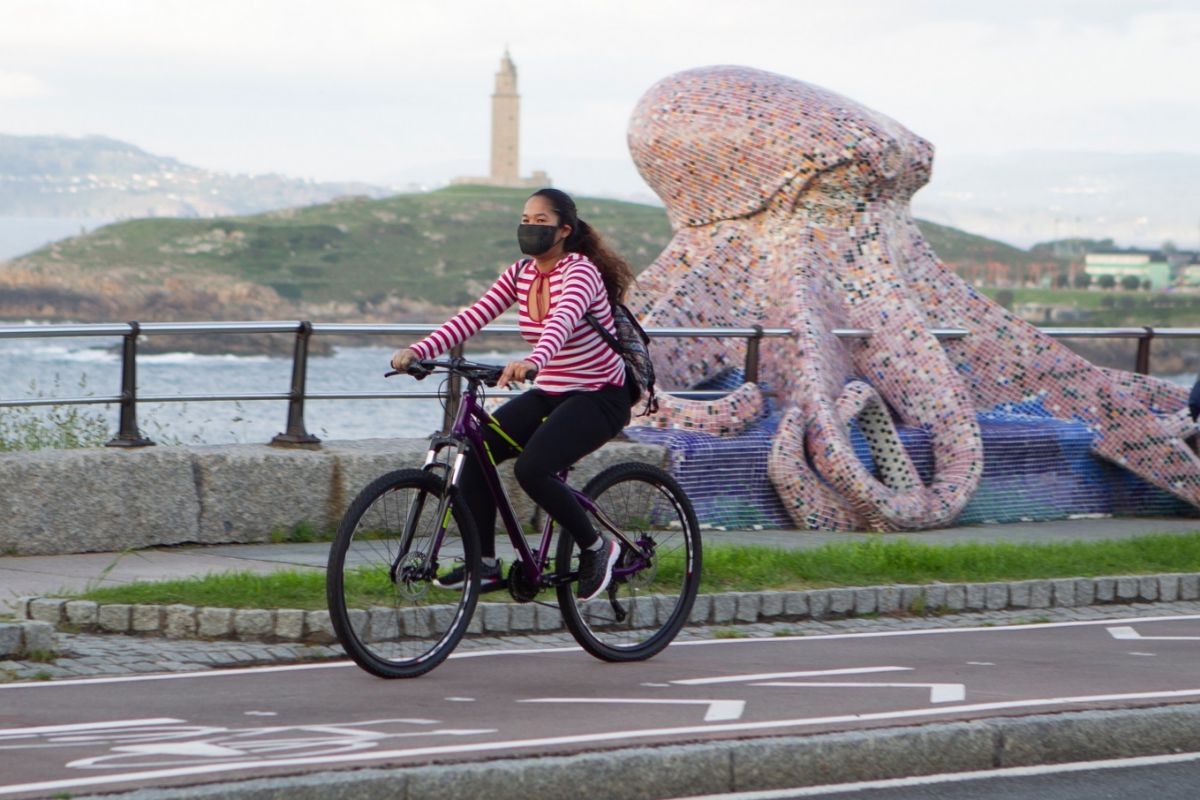 Riding a bike in the city is an activity that has more and more followers in our country, a

that has also been driven by the pandemic. In the last year,

more than 700,000 people from all over Spain have joined the use of the bicycle

and about 370,000 have started with the scooter, in what is considered as a great bet for the change of habits towards sustainable means of mobility and individual. The data come from the study

, carried out by the Network of Cities for Bicycle (RCxB). The report also reveals a potential of 3.5 million potential new users of these vehicles for next year.

Are the big cities prepared for this avalanche? Is there room for everyone? As a warning, another piece of information: in 2020, more than 1.5 million bicycles were sold in Spain; Of all the models, those with the greatest increase in sales compared to the previous year were electric (48.9%) and urban (+ 46.4%), according to a study by AMBE (Association of Brands and Bicycles of Spain ) and Cofidis.

Promoted by the Bicycle Cities Network (RCxB), the

, aimed at recognizing the efforts of the Spanish public entities attached to said institution to promote projects, initiatives and / or actions aimed at promoting and facilitating daily use. of the bicycle.

The second edition of this initiative, in which cities such as

have already been awarded

These are all the winners of this year, out of a total of 43 nominations:

thanks to its efforts for the design and development of instruments aimed at promoting, coordinating and evaluating actions aimed at promoting the use of bicycles in their territories. It has been chosen for its involvement in the Ágora project, a network whose objective is to substantially increase the space reserved for people, pedestrian and cycle routes.

A clear example of this is

the city of Vigo

, with a population of about 300,000 inhabitants, many of them bike enthusiasts.

Despite being a city with hills, there are numerous quiet, adapted and accessible walks for cyclists, such as in the neighborhoods of Bouzas or Coia, with Avenida de Castelao.

for having designed and promoted new infrastructures and services to guarantee a faster, safer, more comfortable, coherent and intuitive bicycle circulation.

, classified as a milestone in engineering at the service of sustainable mobility.

It is a 2.1-kilometer section of cycling and pedestrian use within the greenway that connects the towns of Eibar and Elgóibar (12 km), with a route that overcomes the difficult terrain while respecting the environment.

For this reason, it has become one of the most highly valued itineraries by citizens.

, for its commitment to cycling mobility through actions aimed at combating the barriers that hinder the daily use of this vehicle through education, encouragement and communication to the public.

Among the various actions are practical training, guided walks and communication campaigns, mainly through the

In addition to the bike lanes throughout the city, there is a

of about 12 km that surrounds all of Pamplona, ​​and it is a great attraction for bike and nature lovers.

, for having promoted economic activities related to the bicycle sector that affect local economic development, including the

, which guarantees access to a bicycle to all the people who need it. The city has a bike path of about 11 kilometers that connects with neighboring Valencia.

In addition to these four,

has also been recognized

for taking advantage of the works or actions in the modification of traffic for the execution and increase of the cycling infrastructure;

and the rapid implementation of the Sustainable Corridors Network;

, for his involvement in the dissemination and promotion of the

to promote commuting by bicycle.

Getaway On foot, by 4x4, by bike ... the best routes to enjoy the Moncayo Natural Park