No drinking at night... Still drinking alcohol in the Han River

As the number of confirmed COVID-19 cases has increased significantly, drinking after 10 p.m. in major parks, including Seoul's Han River Park, has been banned. Yesterday was the first day of the crackdown, and hundreds of cases were caught. 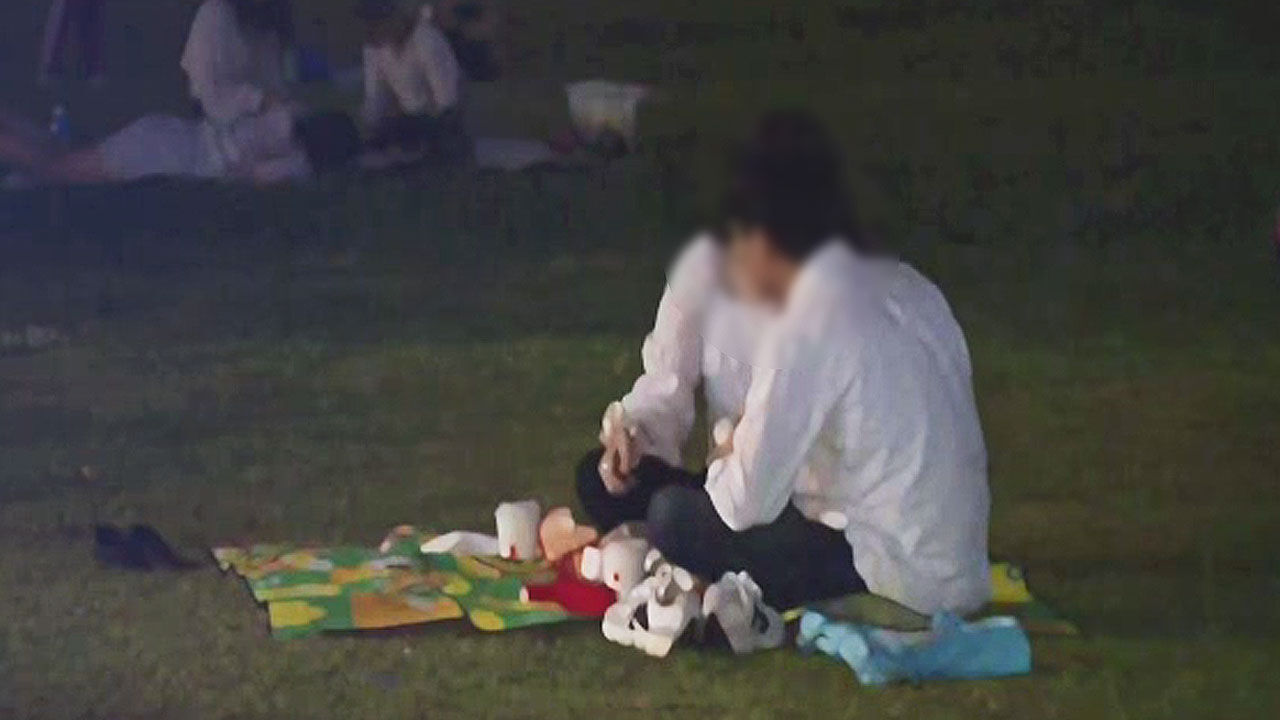 <Anchor> As the number of

confirmed COVID-19 cases has increased significantly, drinking after 10 p.m. in major parks, including Seoul's Hangang Park, has been banned. Yesterday (6th) was the first day of the crackdown, and hundreds of cases were caught.

It is crowded with citizens who sit on the stairs or spread their mats by the river.

[(Did you know that drinking is prohibited after 10 pm in the Han River Park?) I didn't know. (Did you not know?) Yes.] If

While getting angry at the crackdown team,

[Drunk Customer: Take off your hat! take it off! Take it off!] Some

say it was drunk before 10 o'clock.

enforcement area is limited to the inside of the park, drinking parties outside right next to it cannot even be organized.

[Seoul City Enforcement Team: That's not possible. What if they aren't even a park? If you do, we can't do it.]

There is also a reaction that people do not understand the logic that drinks are allowed but not alcohol when people are not gathered.

[Kim Woo-joo/Professor of Infectious Diseases, Korea University Guro Hospital: It's called the balloon effect, so people who enjoy it somewhere else have no choice but to enjoy it. It's just a show administration.] The

Seoul Metropolitan Government, which cracked down on 251 cases overnight in the Han River Park alone, emphasizes voluntary cooperation, but plans to consider expanding the nighttime drinking ban zone if the situation worsens.