Died after being hit by a 130kg structure... Safety agreement in six days

A tower crane structure fell at a construction site in Busan, killing a worker in his 30s working below. This happened six days after the government and the construction union agreed on measures to prevent tower crane accidents. 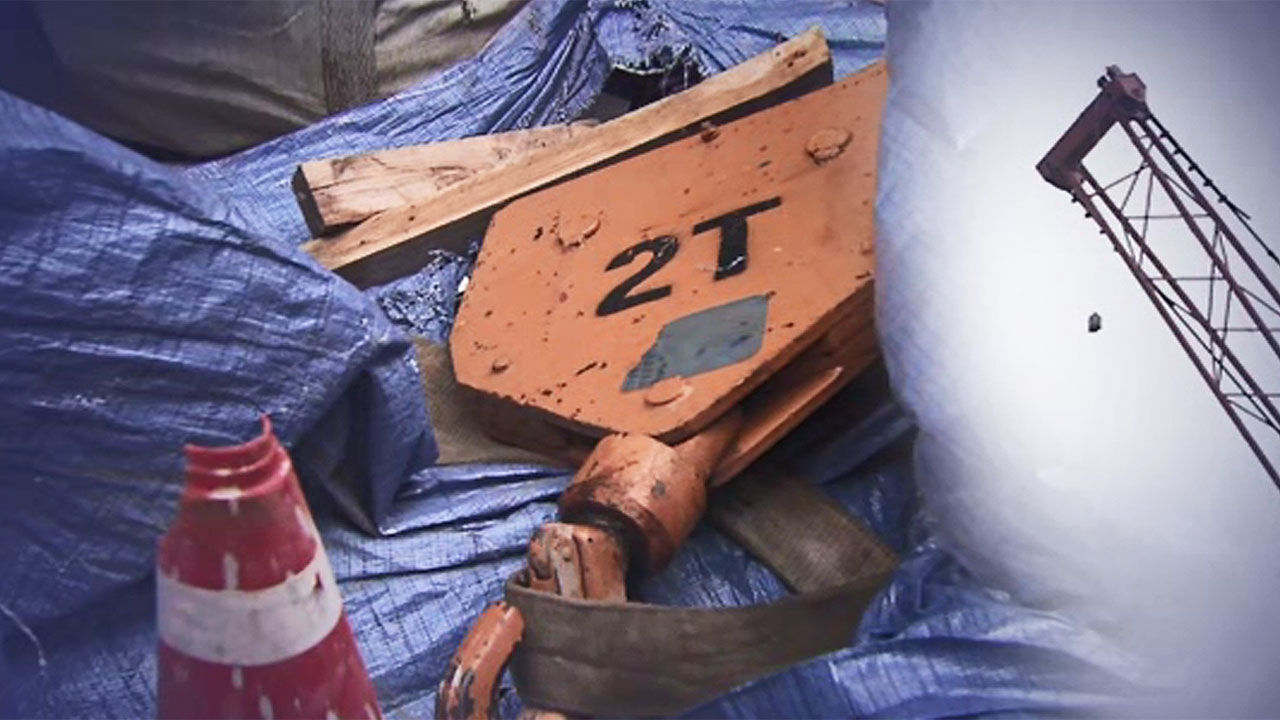 a construction site in Busan, a tower crane structure fell and a worker in his 30s working below died. This happened six days after the government and the construction union agreed on measures to prevent tower crane accidents.

tower crane steel structure has fallen on the floor on one side of the construction site.

Today (17th) around 2:30 pm, at an officetel construction site in Jung-gu, Busan, a 130 kg hook-shaped steel structure that was attached to a tower crane fell down 25 meters.

The structure struck a crane driver in his 30s who was working below, and Mr. A, who suffered serious head and leg injuries, was transported to the hospital, but eventually died.

Crane driver A suffered a bowel movement while putting a plastic cover on the rebar there.

[Busan Jungbu Police Station official: The hook was on the floor separately, and the rope hanging from the hook was hung on the telegraph line. The hook fell and he died.] In

this accident, a part of a nearby electric pole was damaged, and the authorities concerned urgently repaired it.

The tower crane where the accident occurred is a 2-ton unmanned small tower crane, and safety issues have been continuously raised.

Earlier, on the 8th, the construction union of the KCTU went on a strike demanding safety measures, saying that these small tower cranes had structural defects.

On the 11th, three days after the strike, the government and the union agreed to come up with countermeasures such as defect investigation, but the death occurred within six days.

[Lim Doo-seong/KCTU Construction Union Tower Crank Unit: Usually, the probability that the hook can fall is almost non-existent in the field. I was overweight or because I couldn't manage old equipment... .] The

police are investigating the exact circumstances of the accident against the construction company and site officials.