The Tetouan bakery where the Chinese are going to take photos

To Begoña San Pedro (37) the bread thing came a bit by chance. "The parents of an ex-boyfriend had a bakery, he was a free clerk job and I got involved." Then he left 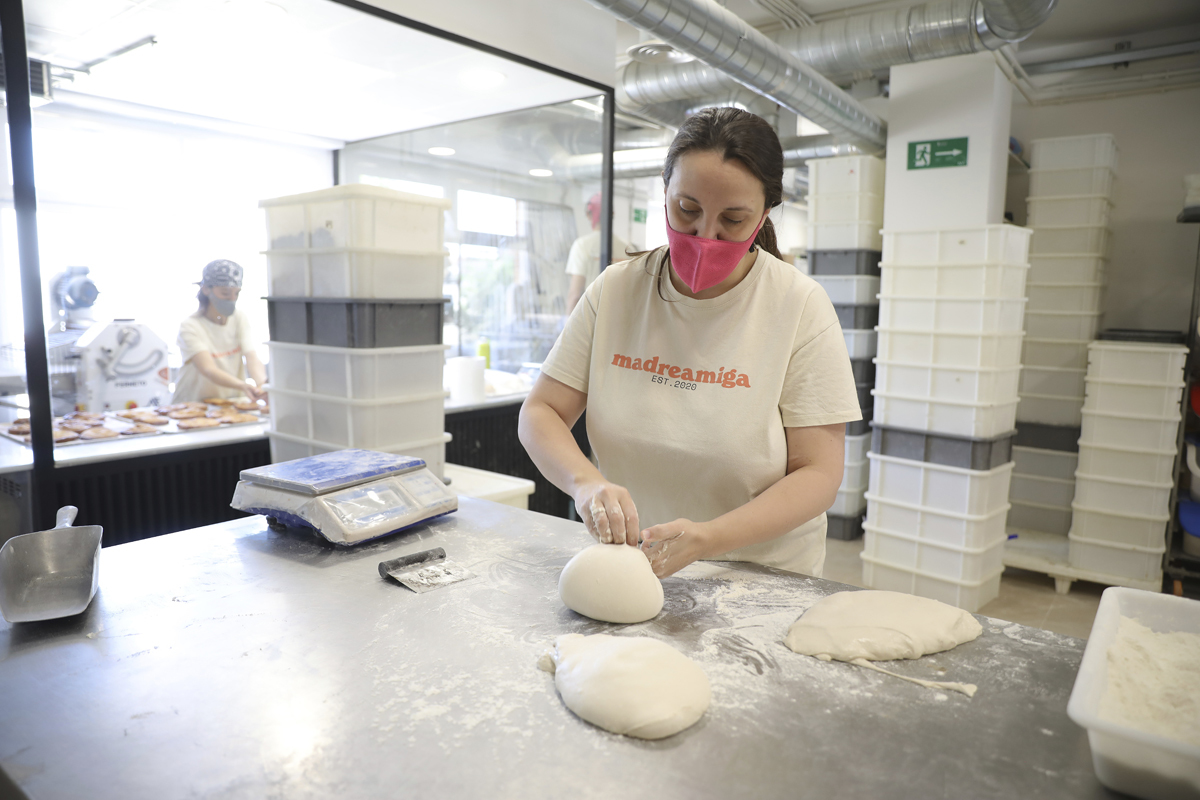 To Begoña San Pedro (37) the bread thing came a bit by chance. "The parents of an ex-boyfriend had a bakery, he was a free clerk job and I got involved." Then the baker left and decided to give it a try. "I started taking courses and training ...". And the bars in that store on Jorge Juán Street began to fly. "She

," she recalls sitting in her shop in the Tetuán neighborhood.

That was 20 years ago and he is still on the same page. "

Then the amounts of the ingredients were not measured. There was no recipe

." Good work and work were the only guarantees. "One day I left the faucet running and I ran out of water. I did not throw the dough and I tried to see what came out. I had an incredible bread," she remembers excitedly. From here, his curiosity grew. He started working with sourdough more than eight years ago, when it was still a term alien to common mortals.

Throughout these years, it

has experienced crises, various fashions and a

. "In 2008 the consumption of bread dropped a lot," he says. "Suddenly we took it out of the diet because it was said to gain weight. People put consumption aside and we noticed it." The current good moment, he enjoys it to the fullest. "Madrid is a benchmark when it comes to good bread." The public returns to value this basic of the diet and she has a lot to do with that reality.

Six years ago, Begoña opened with a partner La Miguiña, a bakery on the street of Teruel that soon sighed. "People have always come to us from other areas of Madrid, and we are not in a transit area or easy to get to." Artisan bread, long-fermented, sourdough ... "

. We had to adjust to lower the acidity and, at the same time, educate the customers' palate". Then only they, "Panic and El Horno de Babette" bet on this philosophy.

A little less than a year ago, in the midst of a pandemic, the company grew in every sense:

-among them Hugo Rodríguez de Prada, co-founder of the chain of artisan Neapolitan pizzerias Grosso Napoletano-,

new challenges and a new name

: Madreamiga La Miguiña. Teruel Street remains the center of operations. Workroom and shop with a small corner where you can have -excellent- coffee and a croissant with almonds, a hit of its rich pastries, which includes chocolate palm trees made with French butter and Valrhona chocolate, cinnamon rolls and pistachio croissant. Their roscón de Reyes and torrijas deserve a separate chapter.

At this point, Bego's project, as they call it, is a bit out of the ordinary.

"At first I was hesitant; I didn't know if people were going to understand it," he says.

He got carried away and admits that he liked the idea.

"It's something different, and customers appreciate that. After all, they are our treasures."

Mainly national flours are used, without additives and ground to stone.

The workshop seen allows to contemplate part of the process.

"Many Chinese come to take photos," he laughs.

"I don't know if they want to copy something," he says sarcastically.

The hospitality industry has been a fundamental part of the growth of the business since its inception. "

Every day they make more than 500 loaves and more than 3,000 hamburger buns

. Most have come looking for it by word of mouth. With the pandemic and confinement, this client portfolio was reduced to a minimum. "I kept all the bread and started to distribute it around Madrid." Store sales skyrocketed and after a week he was able to get people out of the Erte. "We had queues every day." The cupcakes were the undisputed stars of the moment. "It was ten times more than before the Covid."

When her mother sees her on television, she says, she gets emotional.

"I never dreamed that I would get to live on this. And, above all, I never thought that I would enjoy it so much."

Born in Vallecas, she has worked a lot and with hours that not everyone would put up with.

"From 2 in the morning to one in the afternoon, from Monday to Saturday for a long time," he says naturally.

"I don't want my people - there are 9 in the workshop - to go through that. It only takes one week a month at night. It rotates."

It is difficult for her to disconnect and beyond opening more bakeries in Madrid, the next challenge on the agenda,

she aspires to "enhance the work of the baker

Politics Pedro Sánchez suggests that he will pardon the prisoners of 1-O: "Revenge is not in the constitutional values"