A man in his 30s who voluntarily reported that he had smoked marijuana and drove away when the police arrived, was arrested. He ran more than 30 km in a hallucination state, but the escape drama ended only after he hit the wall of the house. 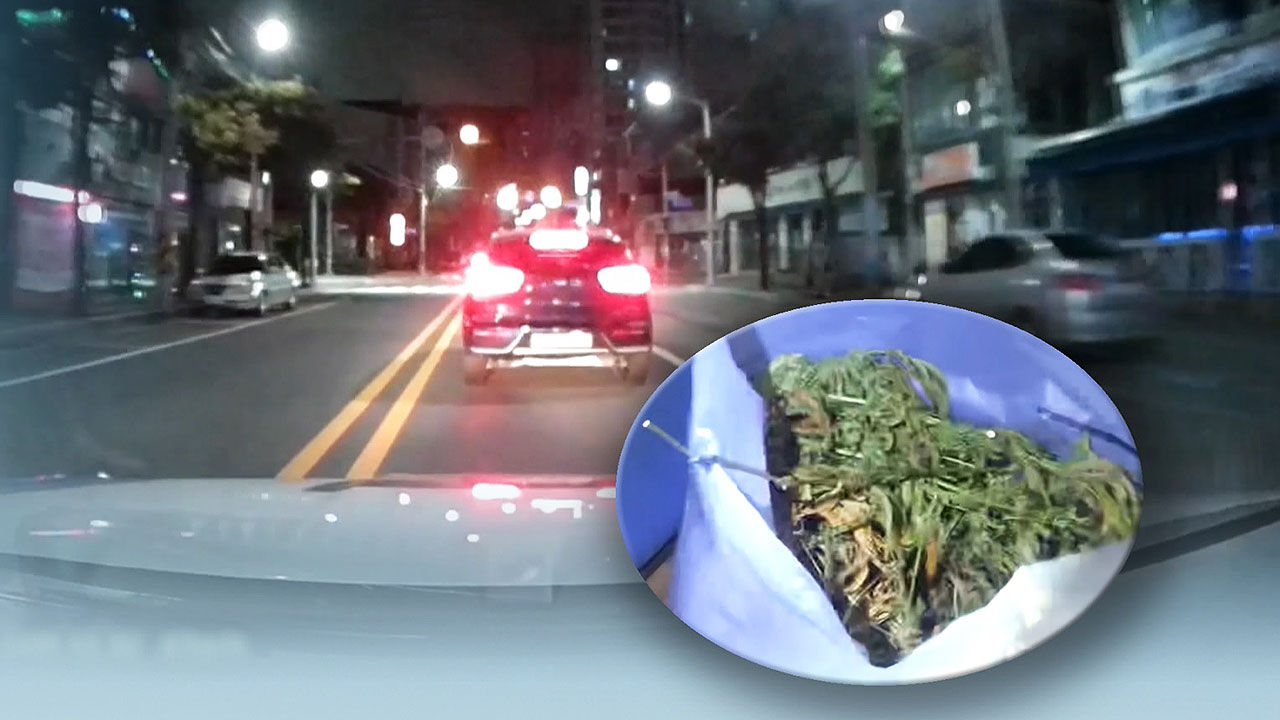 man in his thirties who voluntarily reported that he had smoked marijuana was arrested when the police arrived and drove away. He ran more than 30 km in a hallucination state, but the escape drama ended only after he hit the wall of the house.

This is KNN reporter Choi Hansol.

is a road in Geoje-si, Gyeongnam at dawn.

A patrol car blocks a vehicle.

However, the vehicle ignores this and drives down the road.

They even make illegal U-turns and evade patrol cars.

After driving 33km, it stops at a road in Tongyeong, Gyeongnam, and gets off calmly.

This is a strange person, 30-year-old Mr. A, who smoked marijuana and ran down the road.

He voluntarily reported to the police that he had smoked marijuana in his house, but ran away when the police arrived.

A lot of cannabis was found in Mr. A's house.

[Sea of ​​search and seizure: (What is this?) This is what I cultivated this time, but I threw it away. He surrendered himself while throwing it away.] After coming to his

senses, Mr. A admitted to all the crimes and said he had bought hemp through Telegram in January and grown it himself at home.

The police believe that Mr. A did this because his judgment was blurred.

The police are planning to apply for an arrest warrant for A on charges of violating the Narcotics Control Act.