The Portuguese international Cristiano Ronaldo has assured that his team "is young but thinks big", and that for this reason he has "the certainty" what will they do ... 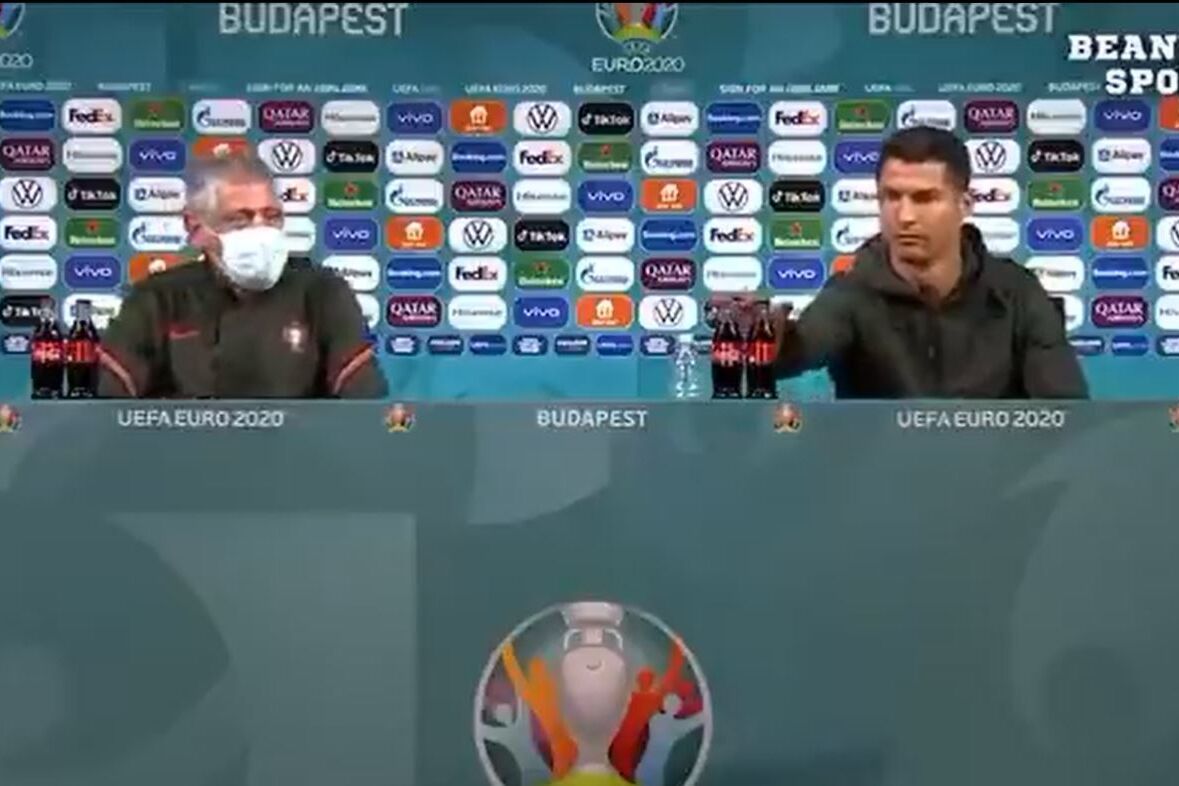 The Portuguese international Cristiano Ronaldo has assured that his team "is young but thinks big", and that for this reason he has "the certainty" that they will make "a good Euro Cup", starting with the "crucial" match on Tuesday against Hungary. besides not revealing anything about his future, limiting himself to affirming that "whatever comes, will be for the better."

"I've been playing at a high level for 18 years, it doesn't even tickle me. If I were starting now, at 18 or 19, maybe I wouldn't sleep thinking about my future. But how will you understand, now, at 36 ... Come on, it will be for the better, regardless of staying or leaving, that is not the most important thing now, "he declared at a press conference on Monday.

However, it was not his statements that attracted the most attention, but the gesture he made as soon as he sat down.

"Water. Not Coke," he said, and pushed the two bottles of the tournament sponsor's drink off the table.

respond to the gesture that they supply "drinks for all tastes and needs".

"It would be nice to win twice in a row"

thinks it would be "nice" to win the tournament "twice in a row" and is convinced that it is possible.

"The team is doing well, we have been working well since the 27th. It is ready, I want to start on the right foot. Winning the first game is crucial, Hungary is a good team with the public in their favor, but the most important thing it is having people in the stadium, "he said.

"It is always important to start winning, it gives confidence, but if they tell me that tomorrow we will start losing and then we will win the Euro ... obviously I opt for that. But I think the team is ready for a great competition, the squad is young but think about great, it has great horizons, I am sure that we are going to have a good Eurocup, "he continued.

Regarding the national team, the former Madridista assured that it is a different group from the one that was proclaimed champion in 2016, "younger" but "with enormous potential".

"Only the competition will tell if we are better or worse than in 2016. On a personal level, of course I am not the same as 18 years ago, 10 years ago or 5 years ago, I adapt. I think that the intelligence of a player is knowing adapt to a different reality, the game itself is different, but our skills and maturity are different, "he said.

"An intelligent player with longevity is the one who adapts to the moment of football and if you analyze the numbers I have adapted from 18 to 36 because every year for me are positive times, whether I win trophies or I don't work to achieve something personal and collective" he continued.

was happy to be able to see the public in the stadiums.

"I think everyone should be full, it's nice for football, for the fans, also there at home. But, unfortunately, the players do not decide and the pandemic has ruined things. But I love to see the stadiums full, I wish they were always there full, "he concluded.

The details of Luis Enrique's no to Ramos: "Luis doesn't care about the noise"

Eurocup Sergio Ramos' reaction after staying out of the Eurocup: "It hurts, but you have to be honest and sincere"