Yesterday around lunchtime, a car reversing into a restaurant in Eunpyeong-gu, Seoul rushed. Six diners were injured in the accident. Reporter Lee Hyun-young on the sidewalk. 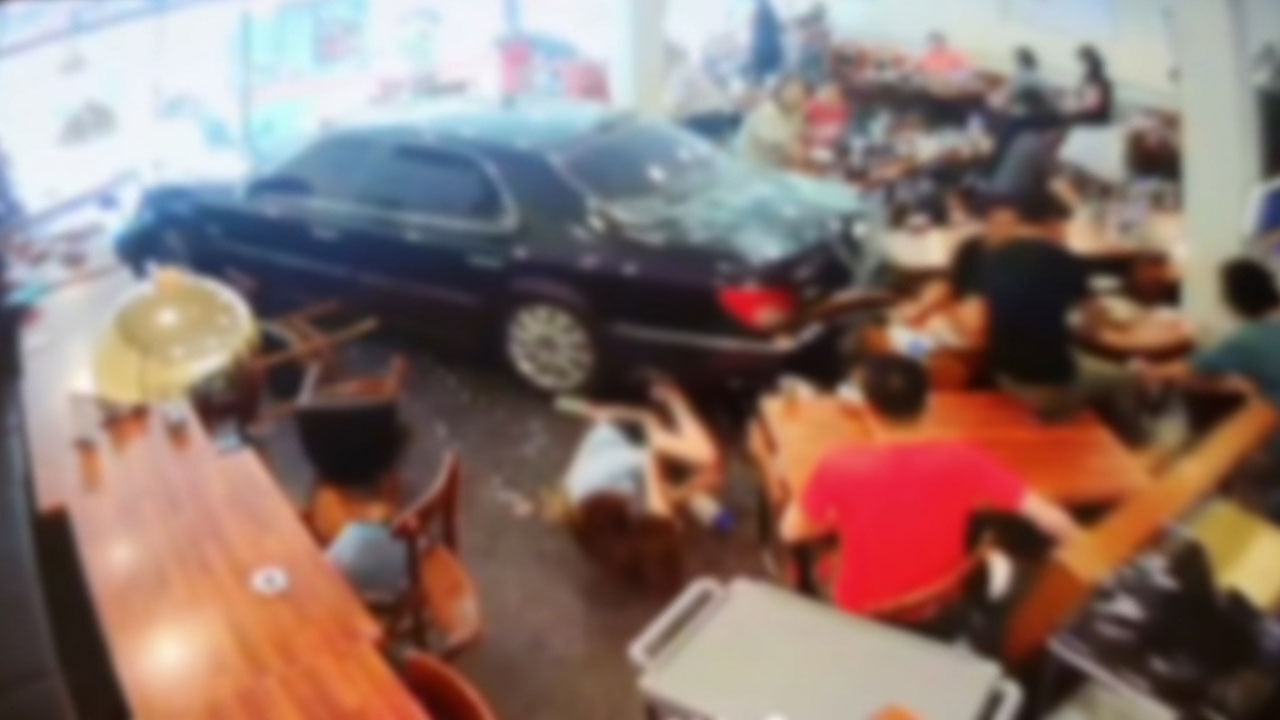 Yesterday (14th) around lunchtime, a car rushed into a restaurant in Eunpyeong-gu, Seoul. Six diners were injured in the accident.

Reporter Lee Hyun-young on the sidewalk.

car in the parking lot quickly backed up and ran over a sill and crashed into the dining room window.

A female customer who was eating at the window was struck by a rushing car, and other customers were also caught between the car and the table, and the restaurant quickly became a mess.

Yesterday, around 1:30 PM, a car driven by a man in his 50s rushed into a restaurant in Eunpyeong-gu, Seoul.

[Restaurant Employee: It must be the nearest table customer. You flew all the way over there. We were all so surprised that we all jumped out... .] It is known that

Mr. A and his party had an accident while trying to pull out a parked car after having lunch at this restaurant.

There were many people who were injured because the inside of the store was crowded with customers who came for lunch.

A woman in her 30s suffered serious leg injuries and 6 customers were taken to the hospital, and 5 others received first aid at the scene.

As a result of the police investigation, it was confirmed that Mr. A and the passenger were not under the influence of alcohol.

Immediately after the accident, Mr. A claimed the possibility of a sudden acceleration, saying, "The car moved as soon as I put in reverse gear."