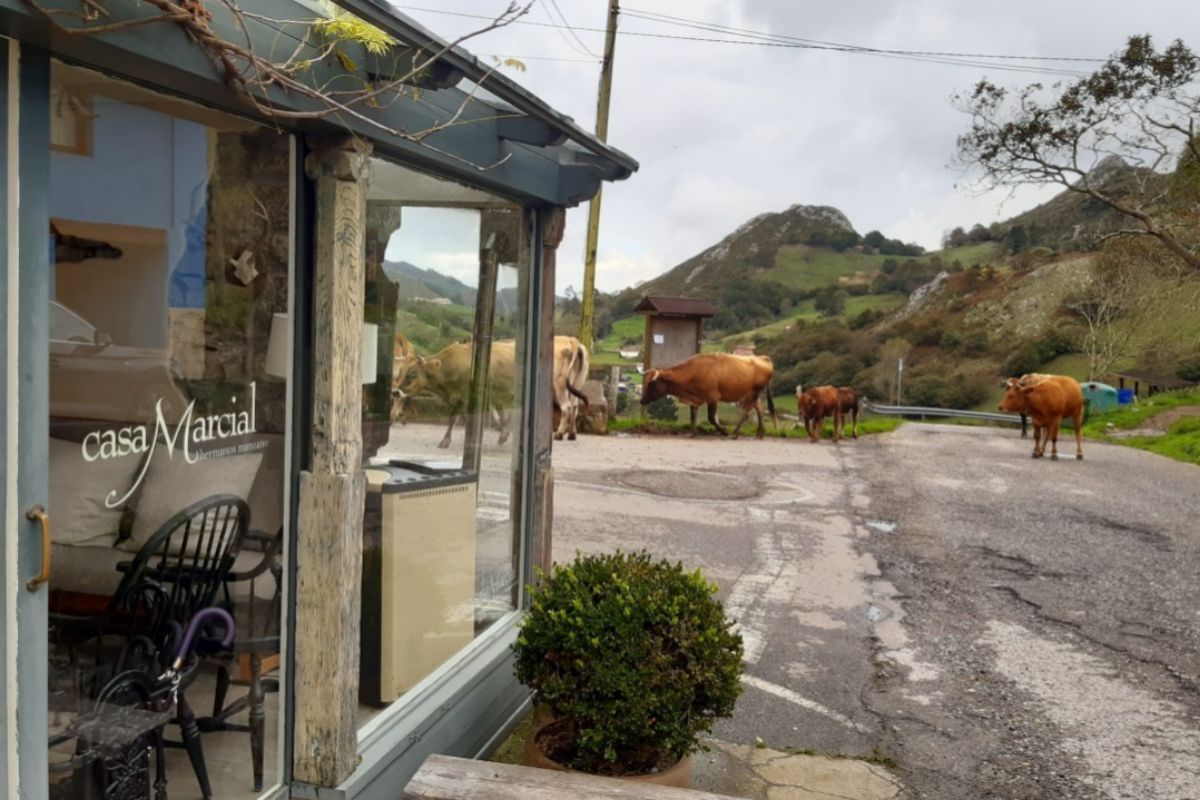 There are thousands of charming towns that deserve a visit in Spain.

But charming towns that, in addition, offer the gastronomic traveler the incentive of being able to enjoy a restaurant with a Michelin star, there are not so many.

Here we present seven of them.

(Passeig Marítim, 7. Tlf .: 972 380 132), as its name suggests located in front of the sea, by the Andalusian chef who has lived in Catalonia for many years. Paco Pérez, one of the most illustrious exponents of the avant-garde.

With the Mediterranean pantry as the flag, the chef demonstrates an outstanding mastery of technique in dishes brimming with originality and personality.

It also has a charming little hotel.

In the middle of the mountain, Arriondas is a haven of peace, serenity and greenery.

There he works in the family dining room

(Carretera AS-342,, Norte 4 km. Tlf .: 985 840 991) Nacho Manzano, who has given a twist to the traditional cuisine of the Principality to adapt it to the needs and tastes of the 21st century, with their personal versions of the

that is a tribute to the cows that roam around the restaurants.

The exceptional ham croquette is worth the trip by itself.

The beach of La Lanzada, the island of La Toja or the beautiful Ermita de las Conchas make the O Grove peninsula one of the most charming places in Galicia.

This charm also contributes, and in what way, the restaurant of Javi Olleros and Amaranta Rodríguez

(Reboredo, 73. Tlf .: 986 732 275), dedicated to claiming their territory with a policy of Kilometer 0 in which they play a fundamental role is small producers with first and last names, in addition to their own garden.

A beautiful seaport, with a perfectly preserved old town and the birthplace of the navigator Juan Sebastián Elkano.

pays tribute to his figure

, which has been embroidering the fish that are caught daily in the waters of the Cantabrian Sea for more than half a century.

Their turbot is almost unanimously considered the best in the world.

Also essential is the salpicón of lobster.

An idyllic landscape, with the majestic Cantabrian mountains and the sanctuary of the Bien Aparecida, patron saint of the region, is what Ampuero gives you in sight.

The palate is taken care of by the family restaurant

, run by the fourth generation of the family that gives it its name and which opened it at the end of the 1930s, with Ignacio in charge of the kitchen and Inmaculada in charge of the dining room. .

In its menu, a mixture of creative cuisine and traditional cuisine.

And pay attention to the croquettes, which were champions of Spain at the time.

Daimuz is a small municipality in the province of Valencia, with just over 3,000 inhabitants, which offers visitors some fantastic fine sand beaches, on which

Born more than 30 years ago as an illustrated beach bar, today it has three spaces in which you can choose one of the best rice dishes on the Levantine coast or a vegetarian menu or the very sensible creative revision of the Mediterranean cookbook. practiced by Manuel Alonso.

In the midst of a landscape declared a World Heritage Site by Unesco and with breathtaking sunsets, Sóller is one of those towns that you have to visit, gaping and eyed, at least once in your life.

Located on a cliff and with dramatic views of the sea (which some irreducible cheesy would say), in

(Urbanización Costa de Deiá. Tlf .: 971 632 381) are practiced by Benet and Jaume Vicens (father and son), who interact in the process of updating Mallorcan cuisine.

The terrace is priceless.

Education The most unequal Selectivity begins: nine autonomies allow to be examined with failures and eight demand to have everything approved