Pepe Rodríguez Rey, a great star ... in the kitchen

After the comprehensive reform undertaken before the outbreak of the damn coronavirus, little or nothing resembles El Bohío the roadside inn inaugurated halfway between Madrid 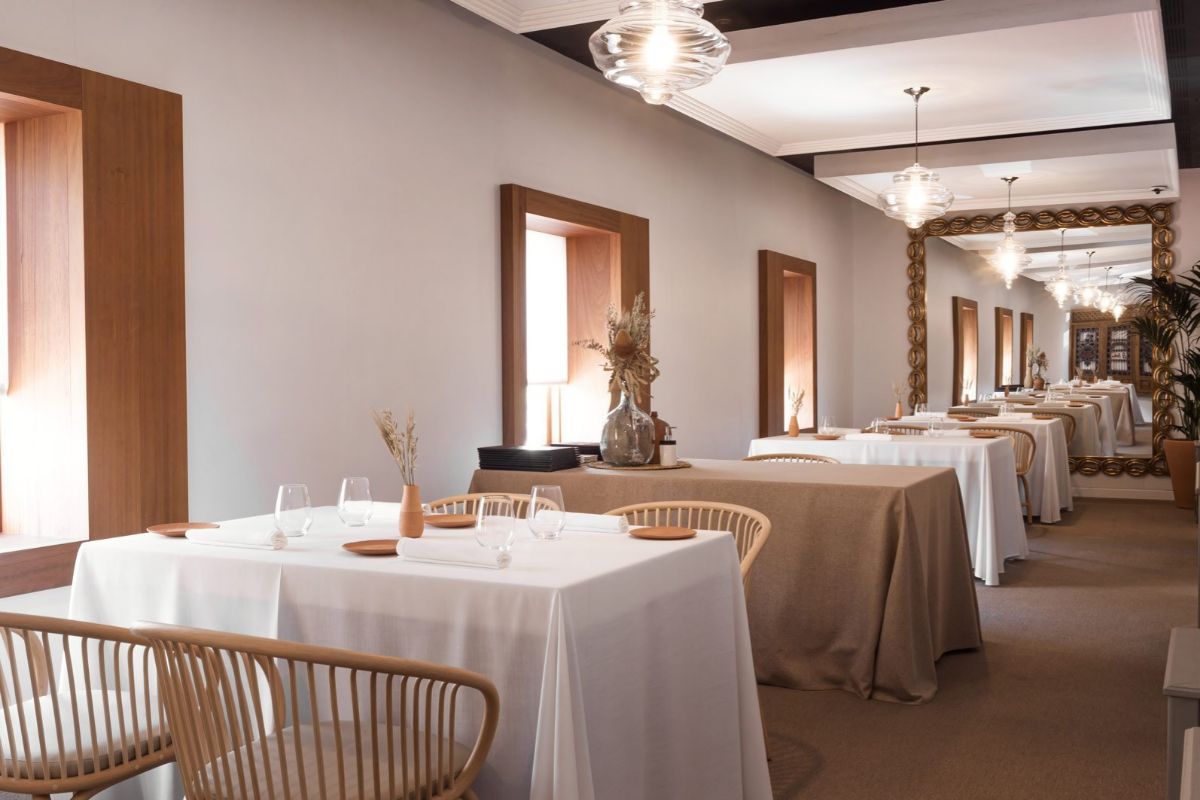 After the comprehensive reform undertaken before the outbreak of the damn coronavirus, little or nothing resembles

roadside inn inaugurated halfway between Madrid and Toledo in 1934

by Valentina, grandmother of the current owner, Pepe Rodríguez Rey, third generation in front of it, which was baptized

in homage to its Cuba of origin and which achieved notoriety thanks to its pickled partridges.

due to sanitary restrictions, the place appears extremely minimalist, with white as the dominant color, open rooms and almost bare walls.

And with a large and enormous open kitchen where the team commanded by a chef officiates that already in 2010, when no one could imagine that he would end up becoming a cathode star thanks to the

, had received the National Gastronomy Award for Best Chef.

The living room on the first floor.

Those who have known Rodríguez Rey since that time (or even long before) can attest that he continues to be exactly the same,

close, affable and with a very plateau-like slyness

, whose main objective is none other than to be faithful to the spirit and the work of his elders and get customers to leave their home satisfied (and, in most cases, also with a photo with him, fame is what he has), with a cuisine more from La Mancha than Don Quixote, with flavors pristine and highly recognizable, filtered and lightened by the filter of the present and of the technique in terms of textures and presentations.

The cocido pringá, cabbage and its broth.

The tasting menu starts with an

assortment of snacks, to be eaten in one bite, which are already a declaration of intentions

From there, to the nine savory dishes (which in the end will be ten), the first of which is tripe with caviar in a fun game of contrasts.

Next, one of the emblems of the land, Manchego cheese, reinvented in textures, tuned with truffle ... and accompanied by a wedge of it.

Smoked sardine, cottage cheese and morteruelo broth, an unexpected delicacy. Pickled shrimp, stuffed turnip and black garlic, a blast. The cocido pringá (presented in a kind of raviol), collard greens and its addictive broth. Peas, atascaburras and black sausage, unimaginable subtlety. Behind a statement as traditional as my mother's chicken with tomato hides one of the best sauces with this vegetable that we have ever tasted. The finishing touch is the

, one of the few concessions to the exoticism of the menu.

It's time for the sweet section ... but

, which are nothing more than

those calluses that Pepe has been embroidering since time immemorial

and that, with its just spicy point and a collagen that makes it difficult to separate the lips After eating them, they crave an essential closure of the salty part (the cover is a separate fee, six euros that could not be better invested). Now yes, the desserts, lemon, vanilla and herbs and frozen sponge of coconut, sesame and coffee. Refreshing, clean, with a very pleasant acidity, not cloying at all.

, with the room master José Carlos de La Fuente and the sommelier Mario García, and a

, presented in several volumes, in which you can find jewels at more than reasonable prices, complete the proposal of one of the great restaurants of Spain.

Because Pepe Rodríguez Rey is, before a television star, a star of the kitchen.