Working on the excavator pile of dirt... "There was no pre-examination" 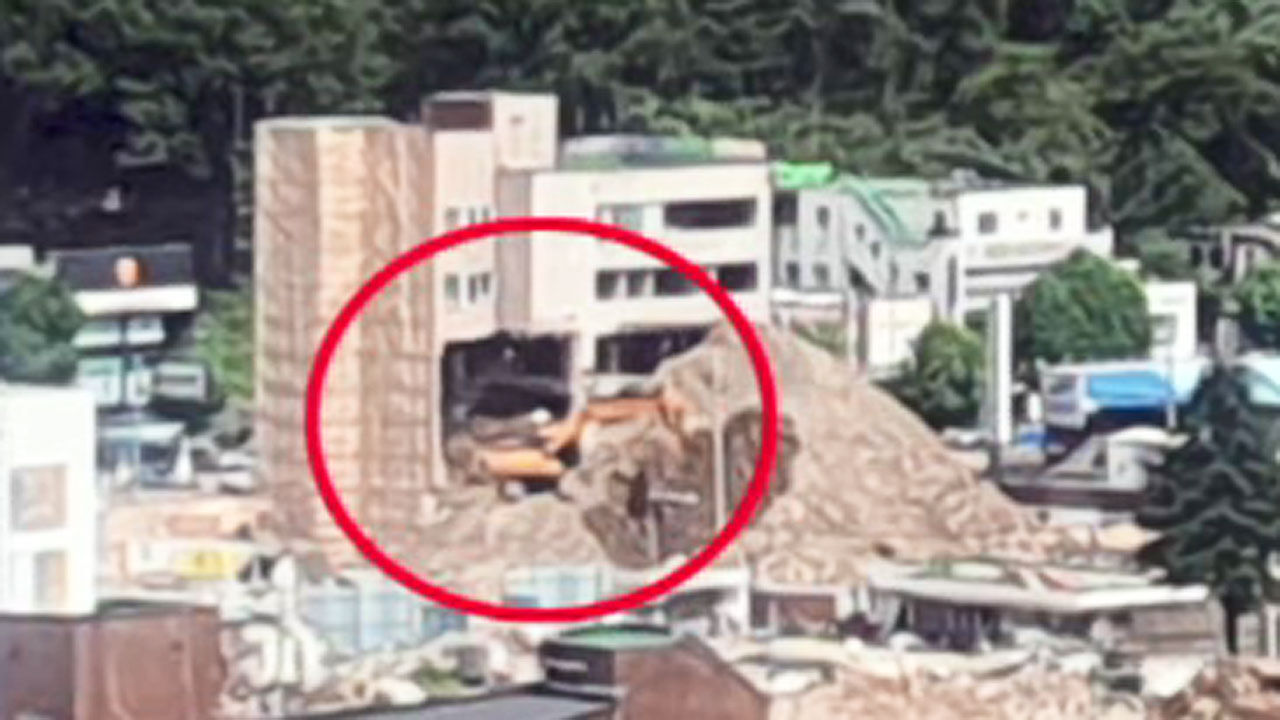 building where the accident occurred this time, the excavator was placed on top of the pile of dirt next to the building, rather than the building. The piles of dirt have no choice but to put pressure on the building, and this demolition method is not subject to a safety review in advance.

We asked if reporter Jeong Ban-seok was okay.

July of last year, a building that was being dismantled collapsed, killing one person and injuring three others in an accident in Jamwon-dong, Seoul.

After that, the Ministry of Land, Infrastructure and Transport made regulations requiring the demolition work to undergo a preliminary examination by the Homeland Security Administration.

However, this did not apply to the Gwangju collapse.

This is because only the method of putting an excavator on top of a building and dismantling it is subject to review.

It is not the case that the excavator digs in from the side with a pile of dirt next to the building like this time.

[Homeland Safety Management Agency employee: It was not a target. What we are reviewing is when equipment of 10 tons or more is mounted (above the building)… .] For

this reason, it is pointed out that the method of piling up a pile of dirt was chosen forcibly in order to avoid a difficult examination.

[Lee Seok-jong / Civil Structural Engineer: If you pile up soil behind a building, the soil will push the building. It is safer to dismantle the crane by placing it on top of the building, but you can choose the method of stacking soil to avoid this because you need to get approval from the Homeland Security Administration.]

After destroying the two-story building first, a pile of dirt was piled up on the spot, but the still weakened five-story structure was pushed from the side by the pile of dirt, increasing the risk of collapse.

As prior safety screening is the minimum safety net in demolition work that destroys buildings, there is a need to expand the scope of the safety management inspection target for high-density areas such as residential areas or buildings adjacent to roads, regardless of demolition methods.

▶ 'Gwangju Collapse' in tears after 4 days... Investigation of illegal subcontracting