Even the incumbent chief judge came forward and criticized the court that effectively defeated the victims of forced labor in a lawsuit for damages against a Japanese company. Reporter Ahn Hee-jae reports what it is. 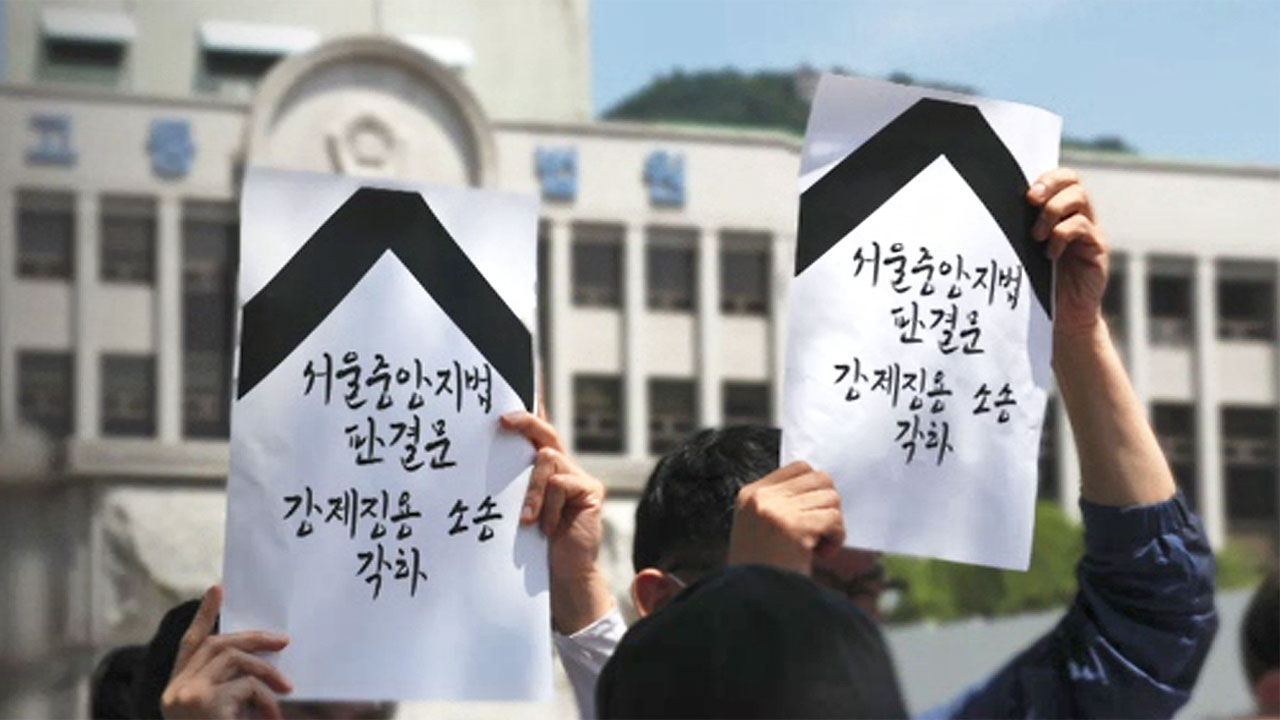 the incumbent chief judge came forward and criticized the court that effectively defeated the victims of forced labor in a lawsuit for damages against a Japanese company.

Reporter Ahn Hee-jae reports what it is.

Director Hwang pointed out, "No matter how much I searched international law textbooks, there is nothing that deals with how a powerful country colonizes a weak country by force."

He emphasized that the issue of compensation for damages caused by forced labor during the Japanese colonial era must be in accordance with domestic law.

It is a criticism of the logic of the first trial that it cannot be the subject of trial itself according to international law and the Korea-Japan Claims Agreement.

However, I did not write that I should have supported the victims of forced labor.

Regarding this, a judge of the court explained, "It should have been based on domestic legal judgment, but it is interpreted to mean that it is wrong to dismiss the judgment that the court cannot even decide on the merits."

Criticism continued today (10th) in front of the court.

[Byeok-rin / Heungdan Deputy Director of Policy Planning Bureau: We strongly condemn the court for ignoring the recovery of the human rights of victims of forced labor and issuing an anti-historical and unconstitutional ruling.

In particular, it is pointed out that the judgment itself caused controversy by adding unnecessary expressions such as 'miracle on the Han River', 'deterioration of Korea-Japan relations', and 'fatal damage to national dignity and national interest'.

More than 270,000 people signed a petition to the Blue House for the impeachment of the judge who made the dismissal decision in just two days.