Five not-so-good series that will hook you

There are few members of the guild of producers, directors or actors who want to do, knowingly a bad series. Another thing is that different factors limit their field of 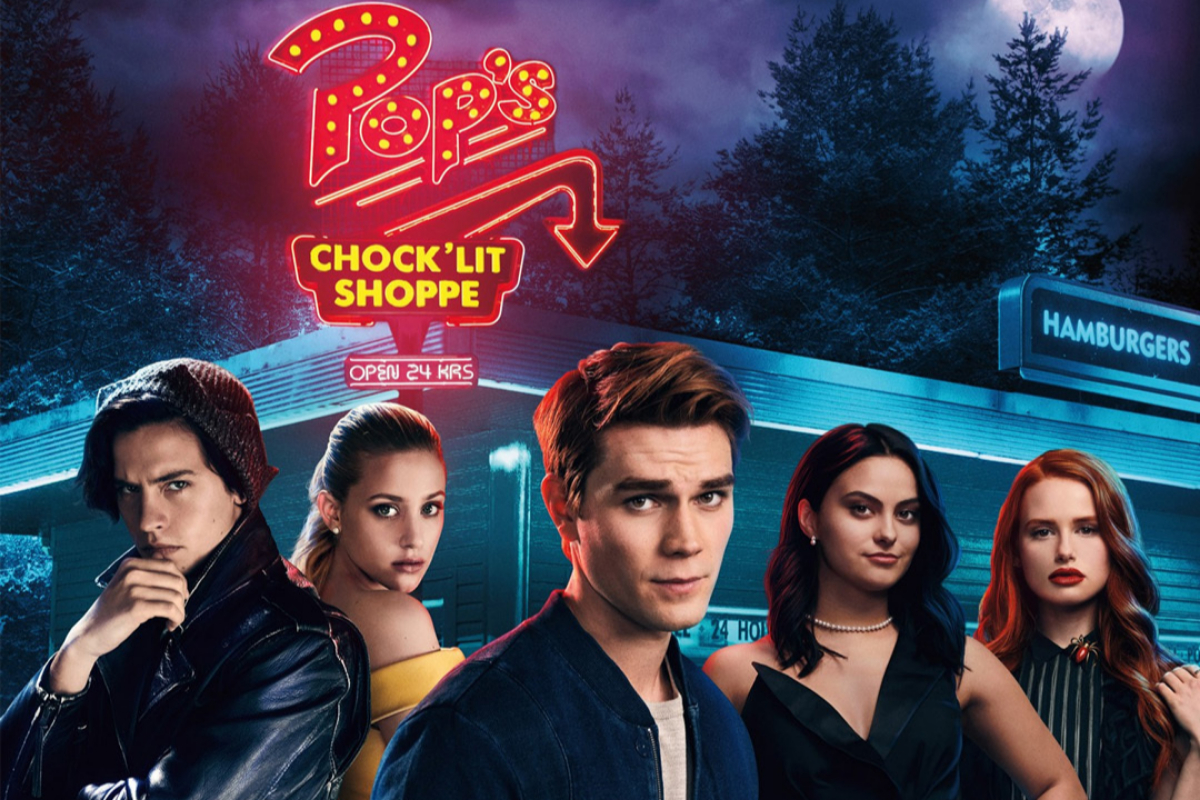 There are few members of the guild of producers, directors or actors who want to do, knowingly a bad series.

Another thing is that different factors limit their field of action: low budget, a complicated subject, little shooting time ... However,

some fictions are capable of overcoming difficulties

and manage to hook the public thanks to a series of added values ​​that It makes them stand out, whether it's a vampire series, teenagers, or ... teenage vampires.

And then there are those who have everything to succeed and end up derailing in one way or another, but who, even so, end up winning the affection of the respectable.

Archie Comics stories have something to reformulate and stand the test of time. Not for nothing have they become a classic of American popular culture. Archi made his debut in 1941, in number 22 of Pep Comics (at the insistence of the editor

, some say; by the mastery of the cartoonist

, others maintain) but the young redhead soon had his own series barely a year later. Through her, her particular group of friends and numerous secondary ones who would end up taking their own paths (the witch Sabrina, Josie and her

until they formed their own universe that was

Then continuity and adolescent dramas entered her.

, hardened in a thousand battles in comics, theater and television, ready to squeeze the most out of the love triangle between Archie, his eternal friend Betty (

) and the dazzling rich girl Verónica (

), not to mention his unclassifiable friend Jughead (

It is difficult to write about

without hurting sensibilities. But there will also be those who say that the series hurt the most with an outcome that many wish had never existed. The departure of

in the first four seasons, was the trigger for how a series praised and awarded by critics and the public ended up vilified after a more than controversial ending. Not to mention the shocks suffered by the cast of a fiction focused on a forensic specialist who specializes in the analysis of blood spatters who is himself a serial murderer: its protagonist,

suffered from cancer; he married his fictional half-sister,

then they divorced although they continued to share a filming set ... To round off, a return is now being announced that will be a kind of "second final", which serves as a tray the option to revisit or see this particular fiction for the first time.

We continue with the series that have caused us to speak in and out of the spotlight, both at the time of filming and today. In 2002, its cast was shocked by the overdose of

, one of its charismatic characters. Today, it has been remembered again for the fall from Olympus to Hell by

, the main promoter of this

centered on the figure of Angel, the vampire with a soul who made

. Through its five seasons, several characters from the mother series passed, some in the form of special appearances, such as Buffy (

), and others in order to stay a good time, in the case of Wesley (

), who recently accused Whedon of abuse of power during the recording of the series.

Some executive of the apple company would be disappointed to see in this list a fiction that was forged thinking of capturing all eyes: that of the public, critics, academics ... But it is to be hoped that they will be most upset about it. would give the rosters of the protagonists, none other than

(the Green sisters from

A good example that the series has gone much more unnoticed than anyone expected is the surprise that Aniston's physical condition has caused in the reunion of the regulars of Central Perk, when it is practically the same as in this production centered on a long-lived program television that is shaken by the imminent dismissal of one of its presenters after being denounced for sexual harassment.

Two weeks before its premiere, it was announced that there would be a second season, but little has been known about it.

And another adolescent drama sneaks in, spiced in turn by other bloodsuckers. But if series capable of engaging are cited even though they are aware that their quality is what it is, the creation based on the

book saga could not be missed

, passed through the sieve of

, who was a star scriptwriter in the 90 after taking care of the scripts for the first two installments of

what you did last summer

, real milestones for teenagers of the time. The series follows the life of Elena Gilbert (

), who have the good idea of ​​falling in love with the vampire Stefan Salvatore (

), but it doesn't take long for her to realize that she finds herself caught in a love triangle between Stefan and her older brother, Damon (

To add interest to the matter, Elena is identical to Katherine, the woman who turned them into vampires and who played without compassion on the love they both felt for her.

To try HBO Spain for free for seven days you have to enter here.