A five-story building hit by a bus in an instant... 9 passengers killed, 8 rescued

Yesterday afternoon, a building that was under demolition in Gwangju suddenly collapsed and crashed into a city bus parked at a road stop right next door. Nine passengers were killed and eight were injured. 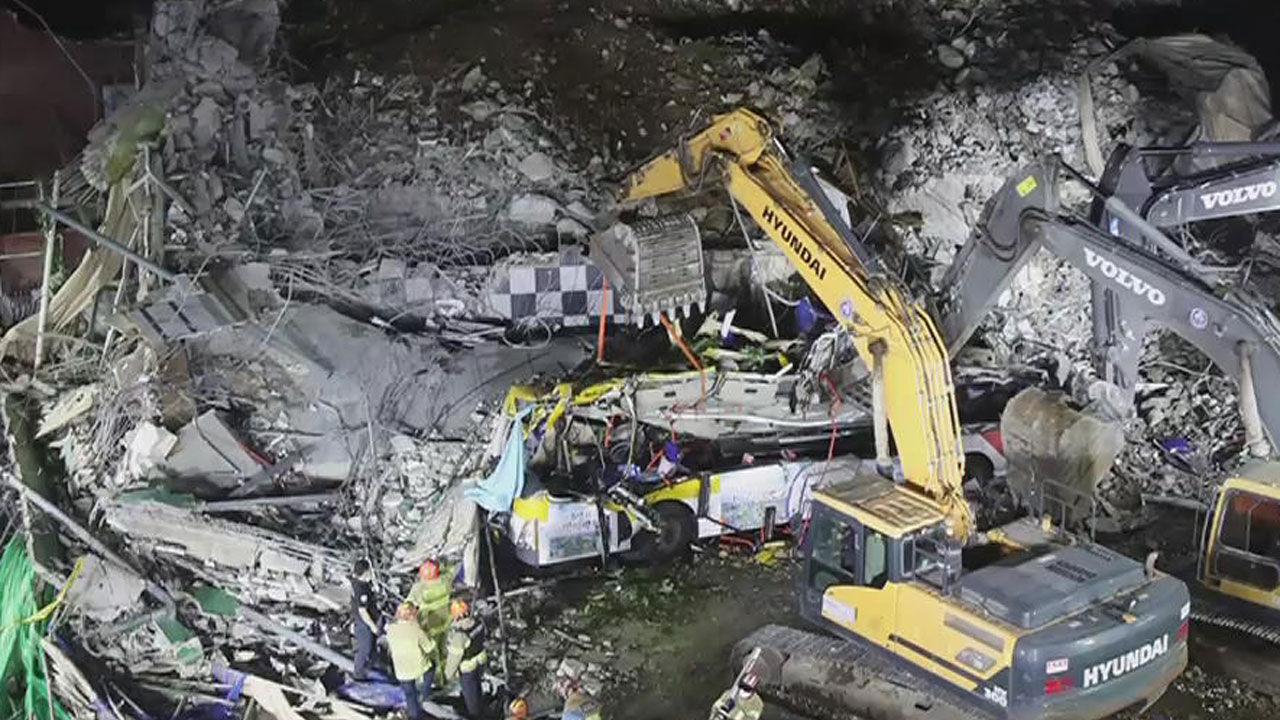 Yesterday (9th) afternoon in Gwangju, a building under demolition suddenly collapsed and crashed into a city bus that was stopped at a road stop right next to it. Nine passengers were killed and eight were injured.

First of all, KBC reporter Kim Jae-hyun will tell you about the accident situation.

After a while, the building in front of the bus stop collapses in an instant with hazy smoke.

The city bus that was stopped was crushed by the rubble of the building and disappeared without a trace.

At around 4:20 pm yesterday, the five-story building collapsed at the site of the demolition of the reconstruction building in Hak-dong, Gwangju.

The building collapsed in the direction of the road and hit a city bus that was stopped at the bus stop right in front of it.

The car behind them backs up with emergency lights, and the workers next to the building turn back in confusion.

[Witness: It's an instant. In an instant, the bus was really buried outside. It just hit the bus.] As the

As you can see, immediately after the accident, massive amounts of building debris poured down and covered the entire eight-lane road.

The number of passengers on the bus, initially estimated to have 12 people on it, continued to increase as rescue operations progressed.

Eight people were initially rescued, but no more survivors have emerged since then.

After more than four hours of search and rescue operations, nine people were found dead, all presumed to be bus passengers.

[Kim Seok-soon / Gwangju Eastern Fire Station Disaster Response Team: It has been confirmed that there are no claimants buried in the bus (no longer). However, when removing the debris from the collapsed building, we plan to conduct a human search with the possibility of additional

At the time of the collapse, it was found that the workers at the demolition site felt abnormal signs such as a sudden shaking of the building and evacuated just before the accident.

Police and fire departments are investigating the exact cause of the accident against construction company officials and others.