A Trojan horse, built from scratch. If the technique is far from being new, its scope is this time out of the ordinary. On Tuesday June 8, 2021, police forces from 16 different countries carried out a ... 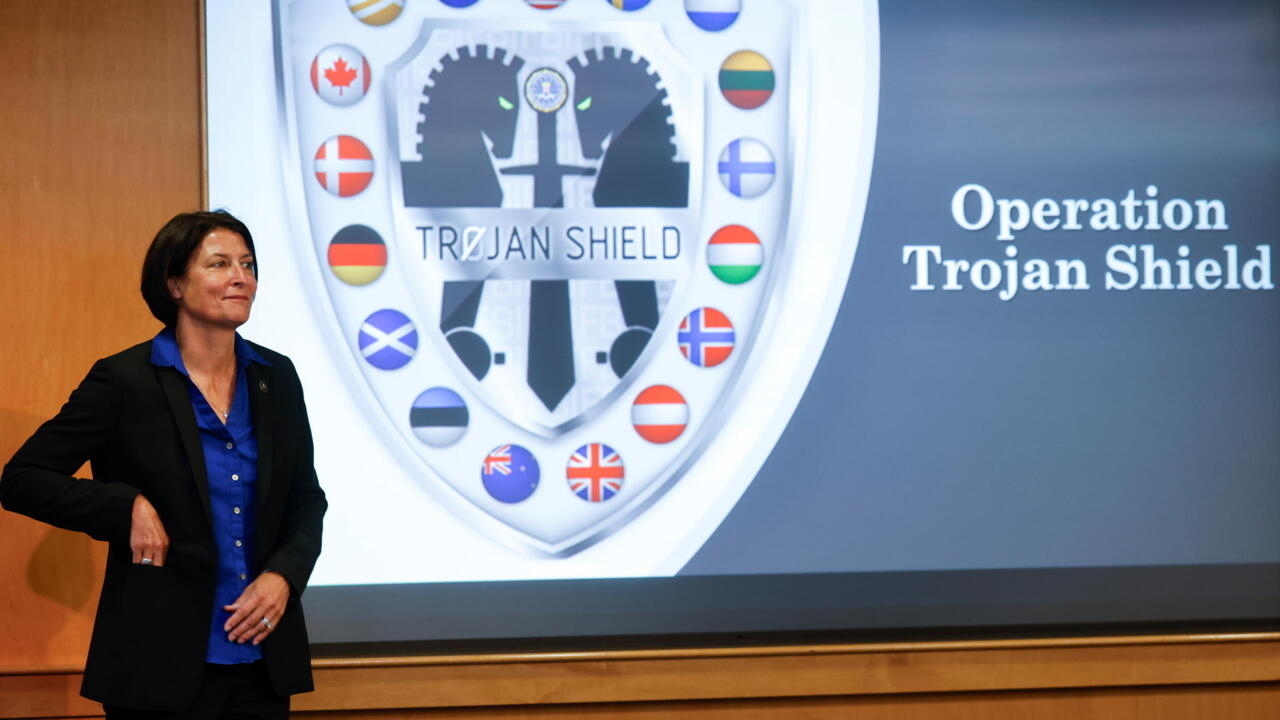 The FBI praised the success of the operation, carried out jointly with 16 countries, at a press conference on June 8, 2021, in San Diego, United States.

A Trojan horse, built from scratch.

If the technique is far from being new, its scope is this time out of the ordinary.

On Tuesday, June 8, 2021, police forces from 16 different countries carried out a joint operation against organized crime.

Led by the FBI and Australian Federal Police, the operation, called Trojan Shield in the United States, Iron Side in Australia and Green Light by Europol, has led to 800 arrests.

Behind this success, an unprecedented infiltration operation of global criminal networks. Used to penetrating the secure exchange platforms used by criminals, the police have this time moved up a gear. For a year and a half, 300 criminal organizations had quietly exchanged on a secure messaging system… entirely developed and controlled by the FBI. “ANoM” has thus enabled the police to collect nearly 27 million messages sent by delinquents from around a hundred different countries.

Automatically decrypted using software developed by the Dutch police, they revealed photos of tons of cocaine concealed in shipments of fruit, weapons, money movements or even plans for thefts and assassinations… A hundred of murders have thus been thwarted around the world, and that is just the beginning.

Read also: Hundreds of arrests in global organized crime thanks to the infiltration of a messenger

An application fully controlled by the FBI

Criminals were unsuspecting to use this

. Everything in appearance let him presume. The cost, first of all: a phone with ANoM was worth around 2,000 euros. Operation, then: ANoM only allowed messages to be sent to phones that were also equipped with the application. Better yet: to join the network, you had to be co-opted.

A huge success for the FBI and for the police departments involved.

We did not distribute them, these are the people who came to us to look for the devices

," said Calvin Shivers, a deputy director of the FBI, during a press conference at the headquarters of Europol. , in The Hague, the Netherlands.

A success accelerated by the police operations carried out in parallel

At the origin of the operation, the arrest in 2018 of Vincent Ramos, the leader of the Canadian company Phantom Secure, accused of having sold ultra-secure phones to criminal groups. To obtain a reduction in sentence, one of its distributors offers the FBI its brand new encrypted communication platform. ANoM was born, immediately placed in the hands of the police. As soon as it is launched, the services have access to the master "key", making it possible to decrypt the exchanges. About fifty phones equipped with the application are discreetly put into service in Australia.

The development of the application is accelerating while the French, Belgian and Dutch police forces methodically dynamise competing platforms.

was thus infiltrated and dismantled in 2020, followed

by the Sky ECC network

in March 2021. Deprived of their favorite communication services, the networks then turned to ANoM, renowned for its reliability and used by great figures banditry.

A drug lord on the run in Turkey despite himself is promoting it.

And ANoM users are tripling in no time.

A godsend for the police services of the sixteen countries involved in the operation.

The importance of transnational cooperation

Described by the New Zealand police as one of the most "

" operations carried out to date, its record indeed impressive, and it is only provisional.

Eight hundred arrests, 700 searches, 8 tons of cocaine, 22 tons of cannabis, 2 tons of methamphetamine, and the equivalent of 148 million dollars were seized.

Proof, for the police services involved in the operation, of the importance of transnational cooperation in the fight against organized crime.