“Global” corporate tax: why Amazon could get away with it

The G7 Finances proposed, on Saturday, better taxation of multinationals by suggesting the creation of a global floor rate of 15% for corporate tax. But a provision aimed at ... 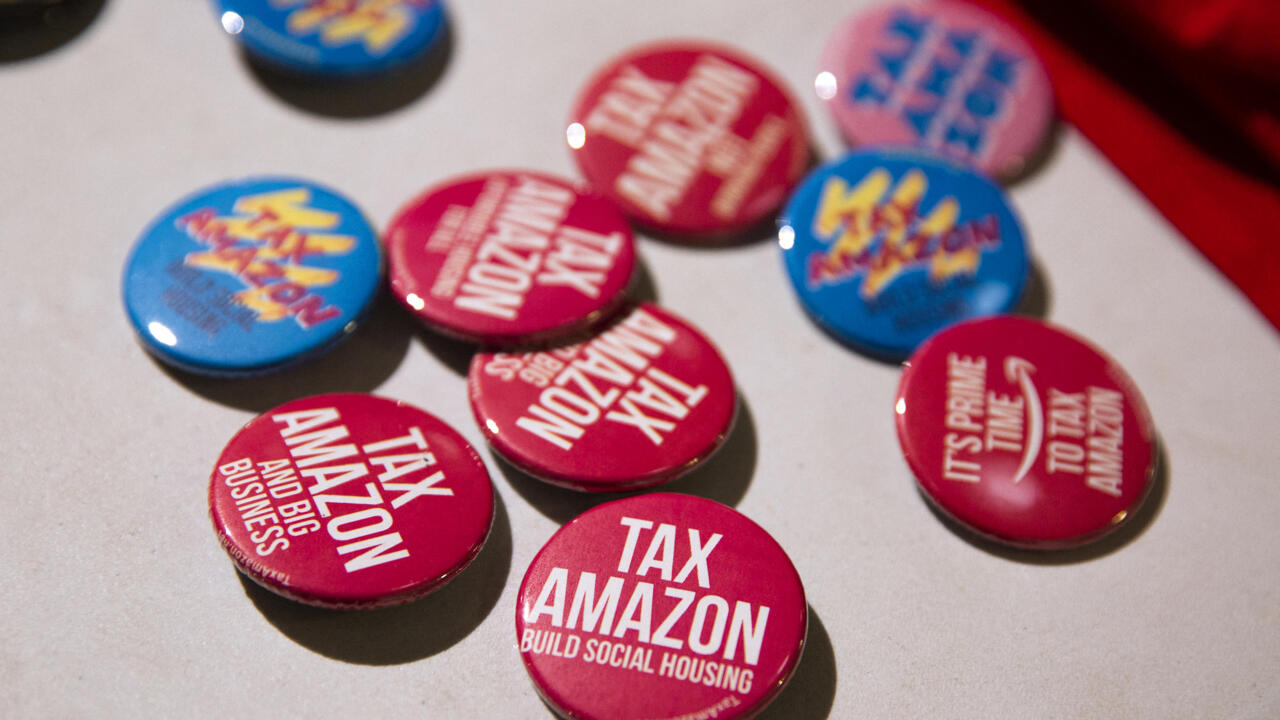 This is the figure that everyone has been putting forward since the agreement described as historic for a new global corporate tax, found on Saturday, June 5, by the G7 countries.

The minimum tax rate of 15% should make it possible to “put an end to the race for the lowest tax rate for companies,” said Janet Yellen, the US Secretary of the Treasury, in particular.

It is, in fact, barely higher than the corporate tax applied in Ireland (13%), a country notoriously accommodating for the tech giants from a tax standpoint, and well below the rate of 21% proposed by the president. American Joe Biden, at the origin of the movement for a global taxation of multinationals.

To read: The United States relaunches the global battle against tax optimization

“We could have expected a floor of around 20%, which would have been close to the average tax rate for OECD countries,” summarizes Richard Murphy, associate professor of accounting at the school of management of the University of Sheffield and specialist in international taxation, contacted by France 24.

But this rate of 15% is not the only disappointment of some experts since the announcement of the G7 Finances.

Another figure, much less publicized, has just as attracted the attention of NGOs such as Taxe Justice Network or the Fair Tax Foundation, because it seems to offer an escape route to one of the champions of tax optimization: Amazon.

In their final communiqué, the members of the G7 finance add a rule that should only apply to large groups whose profit margin exceeds 10%. Part of the profits of these multinationals may be taxed in the countries where they carry out a real activity, even if they do not have a “physical” presence there in the form of a head office, for example.

It seems to cover the case of these very profitable multinationals which have established, for example, their European headquarters in Luxembourg to repatriate the major part of their turnover there and benefit from the very advantageous tax rate of the Grand Duchy.

Tax optimization: why is Luxembourg so attractive

It is in this way that the European subsidiary of Amazon was able to escape tax in Luxembourg on the 44 billion euros of income derived from its sales throughout the Old Continent in 2020. An assembly pointed out like this 'one of the most glaring examples of what should be taken into account in the fight against tax optimization, recalls the British daily The Guardian.

Except that, thanks to the 10% profit margin rule, Amazon would go through an entire section of the new global taxation rules proposed by the G7 Finances.

The e-commerce giant indeed has a peculiarity compared to other behemoths of the Net: “Its aggressive pricing policy to gain market share and its economic model closer to mass distribution than to the digital economy means that Amazon has a lower profit margin, ”recalls Markus Meinzer, analyst for the NGO Tax Justice Network, contacted by France 24. A margin that stands at around 6%.

In other words, Amazon would, of course, be subject to the new “global” corporate tax of at least 15%, like all other large multinationals, but the rule specifically designed for the Internet giants most fond of tax optimization could not be applied to it. “It would be a shame when Amazon was still one of the main targets of this effort to fight against these practices”, regrets Richard Murphy.

Mass has not yet been said, however. The G7 Finance proposal will still be the subject of many negotiations and "it is possible to improve what is on the table", assures Richard Murphy. One of the most obvious solutions would be to tax separate Amazon's two main core businesses. The group is not only a large Internet supermarket, it also has “a web services activity (like its hosting offers in the“ cloud ”, Editor's note) very profitable and growing, whose profit margin is largely greater than 20% ”, points out Markus Meinzer. By targeting this specific activity, the new international taxation rules on the distribution of tax revenues could affect a significant portion of Amazon's profits.

For Tax Justice Network, it is all the more important not to let the group take advantage of this loophole because otherwise “other giants of the Net could try to do the same”, underlines Alex Cobham, director of the NGO, questioned by The Guardian.

But Markus Meinzer is not the most optimistic.

“The G7 Finance proposal is already less ambitious than the initial idea of ​​US President Joe Biden, who had campaigned for a 21% corporate tax rate, and the fact that this clause exists with regard to the profit margin shows that we will have to pay attention to every detail.

The lobbies of the large groups will seek to add more and more exceptions to their advantage, ”he concludes.

The analyst fears that at each step of the process - validation of the rules by the G20 this summer, then negotiations between the OECD countries - new sticks will be put in the wheels of greater tax justice.