A petition titled 'I demand the impeachment of Judge Yang-ho Kim, who made an anti-state and anti-national judgment' came up yesterday, and as of 11 am today, it has surpassed 200,000 people. 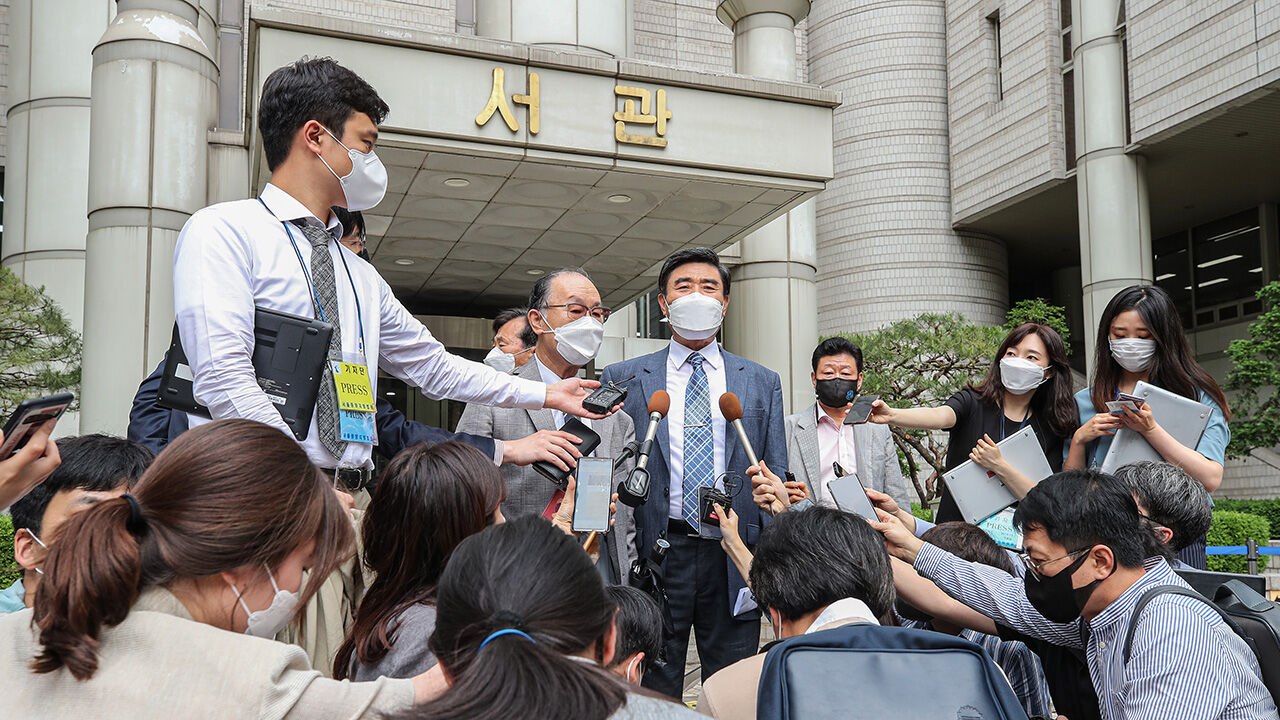 ▲ Lim Cheol-ho (left), the bereaved family who gives an appeal after the ruling on the 7th, and Jang Deok-hwan, representative of the Civil Claims Litigation Team

A petition from the Blue House to the impeachment of Chief Justice Kim Yang-ho, who dismissed a lawsuit for compensation for damages from victims of forced labor during the Japanese occupation, received more than 200,000 signatures and became the subject of an official answer by the government.

A petition titled 'I demand the impeachment of Judge Yang-ho Kim, who made an anti-state and anti-national judgment' was posted yesterday (8th), and as of 11 am today, it has surpassed 200,000 people.

The petitioner argued that Judge Kim's ruling should be impeached immediately, saying, "It is filled with anti-state and anti-historical content to the extent that it is questionable whether this person is really a Korean citizen."

If more than 200,000 signatures are obtained, the Blue House will give an official response through a secretary or minister or vice minister.

The 34th Civil Settlement Division of the Seoul Central District Court, which was presided over by Chief Judge Kim, dismissed a claim for damages filed by about 80 victims of forced labor against 16 Japanese companies.

The court made a ruling to the contrary of the Supreme Court, adding political judgments such as that the money received from the Korea-Japan Claims Agreement contributed to the 'miracle on the Han River', adding to the controversy.