Electric Ford with controversial name: that's how the Mach-E drives

Ford's choice to name its first electric SUV 'Mustang' has drawn criticism. But the Mustang Mach-E also turns out to be quite stubborn in other respects. 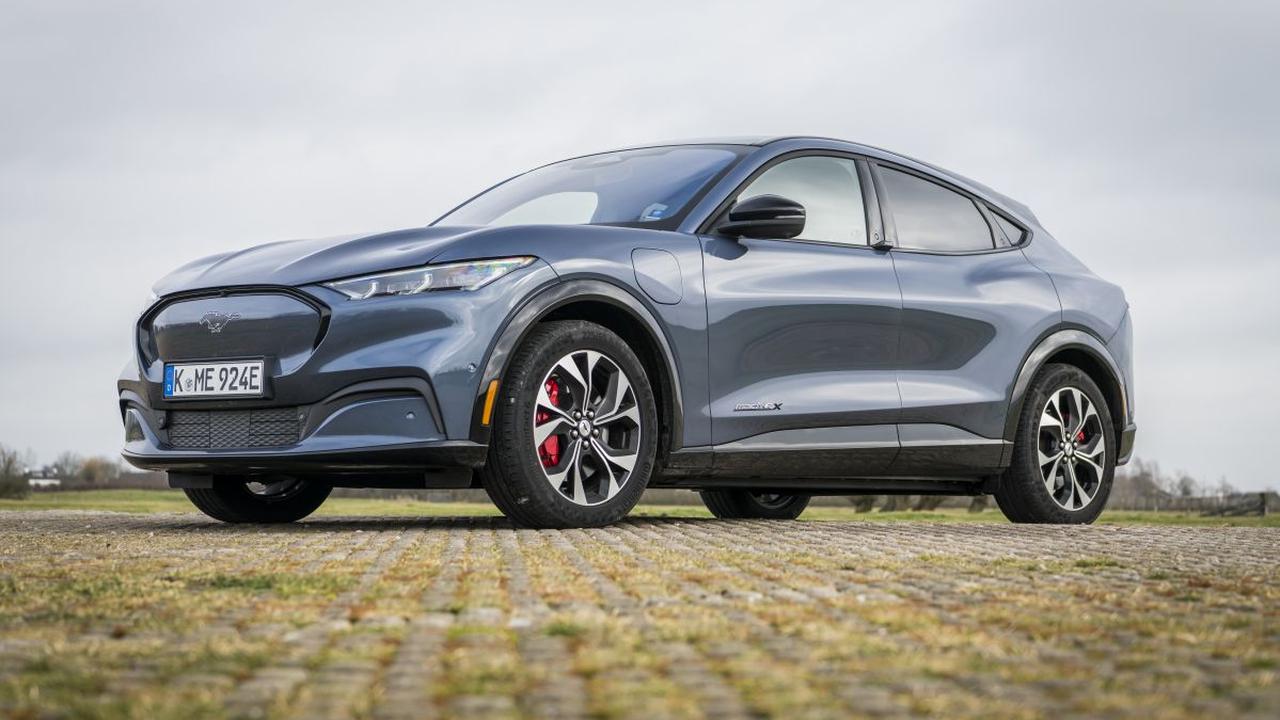 But the Mustang Mach-E also turns out to be quite stubborn in other respects.

That is why Volkswagen opted for ID and Mercedes for EQ.

Ford chooses Mustang, and that is a name that refers to the past.

But then to a car with which Ford has mainly attracted sports car enthusiasts since the 1960s.

The classic sports car of course has nothing to do with this electric car and Ford recognizes that not all enthusiasts will be happy with this.

But at the same time there is a much larger group that, according to the marketers, is attracted by the name and the external characteristics of the Mach-E, which is in the price list from 49,925 euros.

Those who have never been able to drive a Mustang for practical or financial reasons may be able to do so now, says Ford.

The Mustang Mach-E is an SUV, but it looks elongated and a bit like a coupé.

The sloping roofline is partly the result of a clever design trick, because in unobtrusive black the actual roof continues further back than the side window suggests.

As a result, the headroom for people up to about 1.85 meters appears to be good, while the legroom is quite ample.

The car also offers a handy storage space for loose items under the loading floor and an extra luggage space in the nose of 82 liters.

System 'learns' habits from the user

On the outside, the Ford is laced with Mustang elements, but on the inside that is limited to a logo on the steering wheel.

Finish and use of materials are fine, but do not exceed the usual Ford level.

The huge touchscreen is unmissable at 15.5 inches. The screen is not placed in 'widescreen', but in portrait mode. So vertically, as a loose element against an otherwise pretty sleek and tidy dashboard. On the main screen you will find six tiles with the most recently used apps, which are displayed after one tap on the large field at the top. The system in the test car was not yet completely free of minor annoyances, but it was already impressively expanded.

The instrumentation is very complete and always shows mileage, battery percentage and range.

The Mustang is in any case nice and up to date.

For example, Ford works with easily adjustable personal profiles that store all kinds of settings in the memory.

Furthermore, the system 'learns' the habits of the user and there is a - somewhat unclear - app that can take over the function of the key.

He is certainly tough, but does this electric Ford deserve to bear the Mustang name?

He is certainly tough, but does this electric Ford deserve to bear the Mustang name?

This electric Ford has a fairly large battery with 99 kWh and shows acceptable consumption on the on-board computer.

In practice, it gives the impression of being less prone to higher speeds and lower temperatures than other EVs and is therefore well suited for longer journeys.

In theory you can get 540 kilometers with charged batteries.

runs the provisional top version for this test, which combines the largest battery with two electric motors.

Together they are good for 351 horsepower, with which the Mustang is more than well served.

We do not get the promised 5.1 count from 0 to 100, but with well under 6 seconds, the Mustang is still above average fast.

Get off the gas and the car will come to a complete stop, at least if it is turned on via the menu.

More striking than its speed is that the Mach-E clearly has a playful character.

The Ford reacts quickly to steering wheel movements, can be placed precisely and leans hardly.

And that for an SUV weighing almost 2,200 kilos.

The downside is that the chassis is on the sturdy side.

The Mustang in AWD Extended Range trim must cost a minimum of $ 67,140.

If desired, you can take a smaller battery pack or omit one electric motor, making the car about 10 grand cheaper than in the configuration tested here.

More information about the Ford Mustang Mach-E can be found on this AutoWeek overview page.