Rediscover El Rastro and its bars and taverns

With more than 300 years of history, El Rastro is a Madrid institution. However, given the irruption in our lives of the health crisis caused by the coronavirus, the po 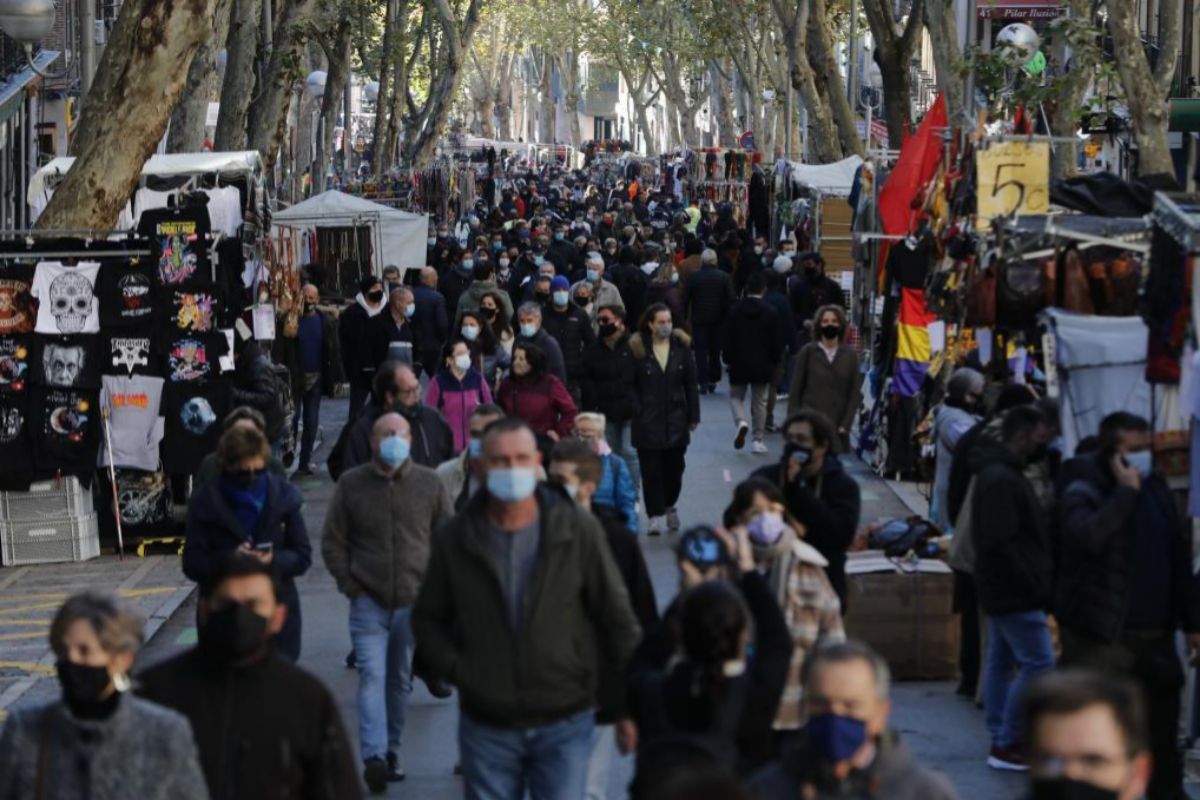 With more than 300 years of history,

is a Madrid institution.

However, given the irruption in our lives of the health crisis caused by the coronavirus, the popular market was forced to interrupt its activity.

After months without deploying its innumerable posts, on November 22 it came back to life.

To begin with, the sales area is delimited (the stalls can only be located in the squares of Cascorro, General Vara del Rey and Campillo del Nuevo Mundo or in the streets Ribera de Curtidores, Carlos Arniches and Mira el Río Baja) and, for therefore, also the movement of passersby.

half of the authorized positions will be found

, which will alternate on different Sundays of each month, waiting to suspend the crisis and return to normal activity.

What cannot fail is

: there is no visit to the Rastro without a good snack (or a couple of them) before lunch. Two classic directions, very close to each other, help us to start this route. First, the

; Maldonadas, 1). It opened its doors in 1970 and is named after the family's grandmother, María Cruz Calvo. Their specialty is grilled razor clams, they are washed by hand one by one and served with oil, garlic and parsley. Second,

(Plaza de Cascorro, 18), the most traditional snail bar in Madrid. They are served in a clay pot, in a stew with chorizo ​​and its spicy touch. Today this tavern is run by one of Amadeo's grandsons, but the patriarch stops by from time to time to chat with the patrons.

Very close to these two bars, another recently opened pair.

For lovers of natural wines,

in which restaurant, tavern and winery mix.

To eat there are oysters, Russian salad, Iberian rillete,

(with butter, garlic and parsley) or artisan raw milk cheeses.

Another option is the Mexican proposal of

(Plaza de Cascorro, 2), where to give a good account of dishes such as prawns a la diabla, guacamole with tortilla chips, cochinita tacos or meat al pastor ... All in a place decorated with reminiscences Aztecs but fleeing from ethnic clichés.

Strategically located between the beginning of the Rastro and the Mercado de la Cebada, on this road it is possible to find several very appetizing places. Essential

(number 5), one of the most recommended addresses to have a good stew in Madrid. It also has a tapas menu, with proposals such as Iberian ham, old stew clothes or tomato salad with tuna vents. At number 14,

, a dining room specialized in mushrooms: boneless trotters with boletus, perrechicos with salted bacon, morels with tuna and watercress ...

Already on the corner with Calle Toledo, it is worth stopping at

(Toledo, 73), the conversion into a modern bar of the mythical Onis cafeteria.

Its owners are the same who run the Pavón Bar (Embajadores, 9) and its name is a tribute to one of Madrid's most beloved mayors, Enrique Tierno-Galván.

The fried cobs, the pickled leeks with torreznos or the steak tartare with marrow triumph.

(Calatrava, 3), much more so these days when San Isidro is celebrated in the capital. This corner bar, halfway between the classic cafeteria and the traditional tavern, is famous for its vermouth, much better when accompanied by a portion of pickled anchovies. If you prefer to go first thing in the morning, don't forget to try the churros or porras, made right there.

(San Millán, 3), a classic La Movida bar reopened some time ago as an Asturian cider house.

Famous for appearing in the film

by Pedro Almodóvar, it has a small and secluded terrace ideal for letting the hours go by.

The best thing is to ask to share: some choricitos with cider, some squid croquettes in their ink, some corn cakes with fried eggs and minced meat ... To pass the drink, cider sangria.

MadridZúccaru, the Sicilian corner where ice cream is also eaten in bites