Battery cells for the battery packs of electric cars currently mainly come from Asia. Because the European car industry wants to produce many more electric cars in the coming years, there is a threat of even greater dependence on Asian suppliers. Numerous new, large battery factories have to solve the problem. 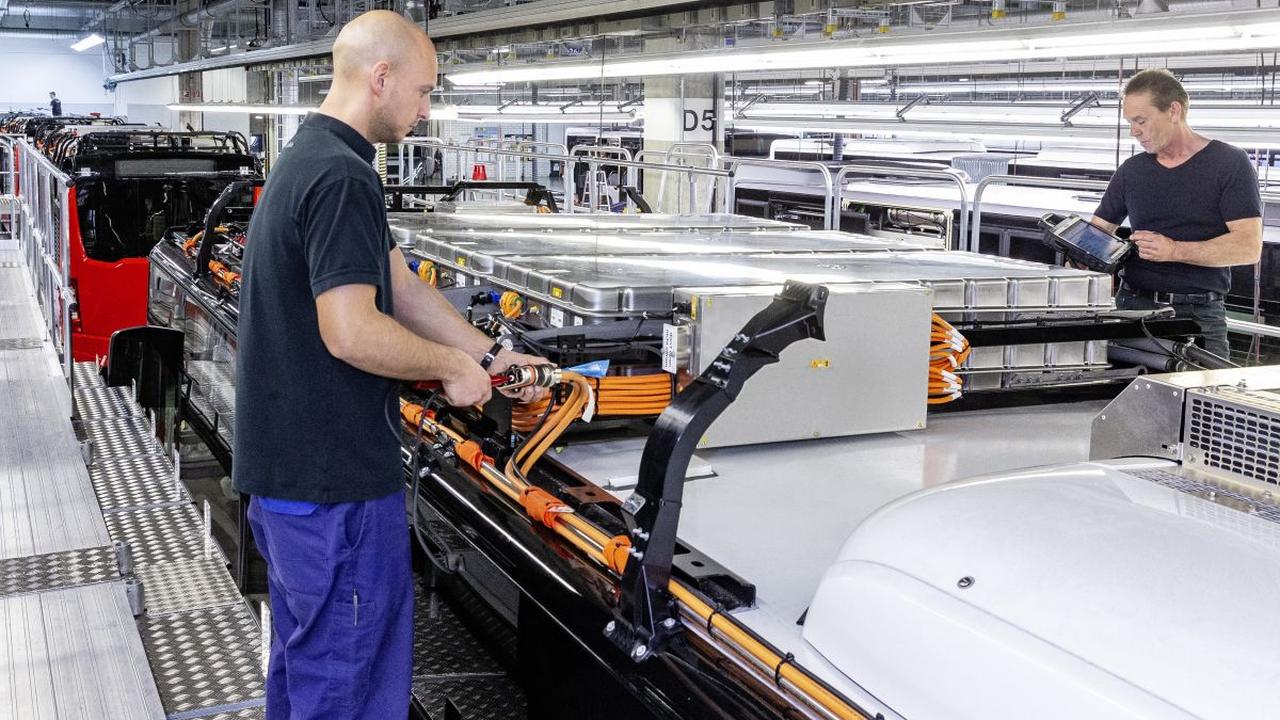 Because the European car industry wants to produce many more electric cars in the coming years, there is a threat of even greater dependence on Asian suppliers.

Numerous new, large battery factories have to solve the problem.

Electric cars are the future.

Not only because many countries are going to ban fuel cars, but also because more and more manufacturers themselves decide to build only electric cars in the near future.

In order to be less dependent on Asian suppliers, the production capacity for batteries in Europe is therefore being significantly increased.

"China has by far the largest operational battery production capacity, about 2.5 times that of Europe and about 70 percent of the global capacity," said Rico Luman, economist at the ING Economics Department.

"Europe and the rest of the world are still very dependent on China for the supply of batteries."

There are risks to this for several reasons, says Luman.

He points to the current chip shortages as a fear image.

"If the expected growth results in a shortage of batteries in the coming years and if parties also build up extra stocks during that strong growth phase, this can lead to supply problems."

In addition, battery packs are immediately too important to remain dependent on others.

"Given the critical role of batteries in the energy transition and advances in innovation, it is also strategically important for Europe to increase production on its own continent," adds Luman.

Europe would do well to have more production take place on its own continent.

Europe would do well to have more production take place on its own continent.

For that reason, many car manufacturers are working with their suppliers to secure production capacity for themselves.

For example, the car company Stellantis (Citroën, DS, Opel, Peugeot, Fiat, Jeep) has set up the Automotive Cells Company (ACC) together with Saft Batteries, a subsidiary of energy giant Total.

ACC will build two battery factories: one in France and one in Germany.

For 2023, ACC is aiming for a production capacity of 16 GWh on an annual basis, which must then be increased to 64 GWh.

The Volkswagen concern has done something similar, but with the Swedish Northvolt.

By 2021, 32 GWh of capacity must already be installed, with an expansion to 40 GWh as the next step.

A second factory is to be completed in 2024.

Before the end of the decade, Volkswagen wants to insure itself of 240 GWh on an annual basis.

In total, almost 850 GWh of battery capacity is planned in Europe.

Although not all plans have yet been set in stone, many concrete projects are already underway.

The Chinese companies BYD, CATL and SVOLT also have plans for European factories, although the latter two are more concrete in this regard.

CATL, which works with Mercedes and Volkswagen, among others, wants to start production in Germany in 2023, SVOLT a year later.

LG has been active in Europe for some time and supplies battery cells for Audi and Jaguar, among other things.

In Poland, the production capacity has to be increased from 15 GWh to 65 GWh.

Samsung and SK, who work with Volkswagen, among others, want to reach 30 and 23.5 GWh per year respectively.

Tesla has more than enough space for its own battery factory on its brand-new factory site just outside Berlin.

The American brand hopes to hit the first pile soon and to scale up to 100 GWh on an annual basis in the coming years.

"More production in Europe reduces the dependence on supply for manufacturers and can in any case provide more clarity for consumers about delivery times," says Luman of the advantages of local production capacity.

"Uncertainty does not disappear completely, because Europe remains dependent on supplies from other parts of the world for raw materials for batteries."

Incidentally, lithium, one of the most important raw materials, is possibly almost literally on the doorstep.

In southwest Germany, there is said to be enough lithium in the ground for 400 million electric cars.

The German lithium can be extracted from the hot underground brine water used by geothermal power stations.

A number of companies are currently investigating whether this is profitable.

Furthermore, the consumer does not have to immediately count on considerably cheaper electric cars as soon as there is more production capacity for batteries in Europe.

The prices of battery packs, despite the fact that they are gradually decreasing, are still too high for that.

Luman: "Because this is a global market, I do not think that the prices of electric cars will drop much, specifically through expansion in Europe. The transport costs of battery packs are lower, but they are limited as a share of the purchase value."