When the rain stops, the sky should be clear, but today it has become more cloudy and darker. As dense yellow dust from China covered the Korean Peninsula, urban buildings that were normally visible disappeared into the dust. 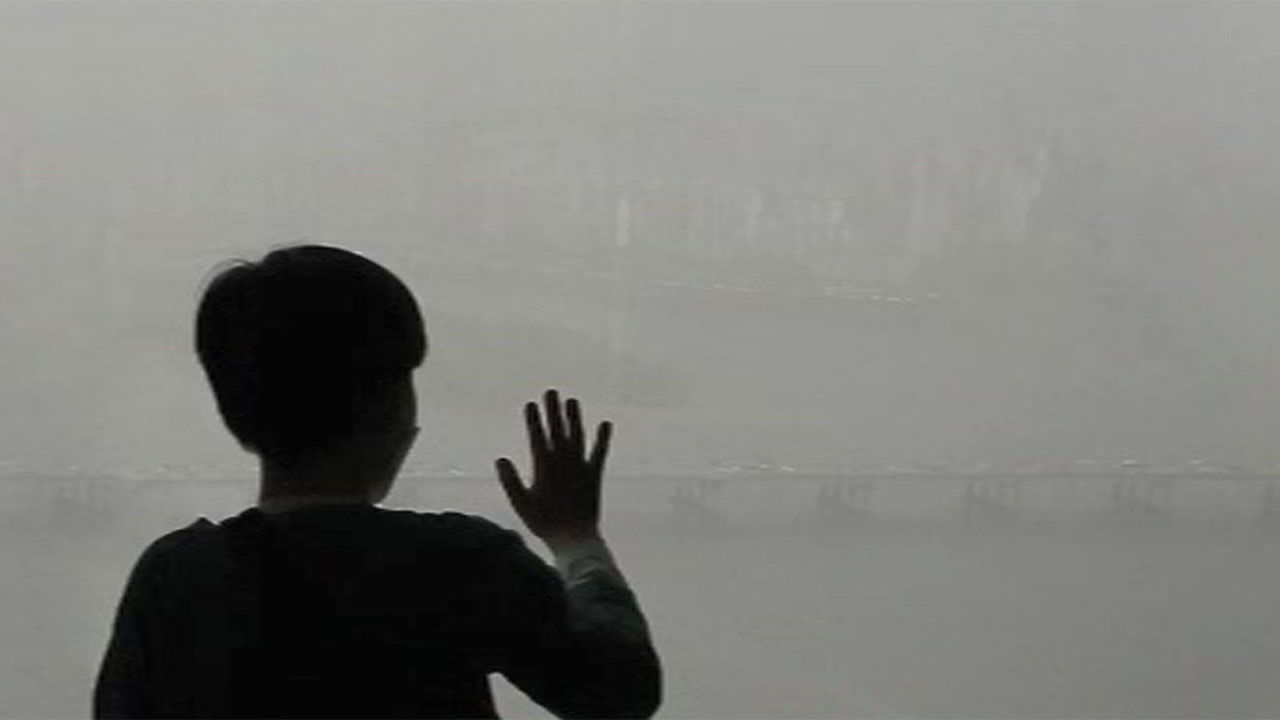 rain stops, the sky should be clear, but today (7th) it has become more cloudy and darker. As dense yellow dust from China covered the Korean Peninsula, urban buildings that were normally visible disappeared into the dust. The concentration of fine dust has soared more than 20 times as usual, but this yellow dust is expected to stay in Korea until the morning of the day after Sunday.

This morning, Baeknyeongdo Island in the West Sea.

The islands are hazy and the sea is covered with dirt, and there is no blue light.

Skyscrapers showed only faint shadows, and it is difficult to find where the Bukhansan peaks are also.

[Yang Jeong-wook/Daegu Suseong-gu: (I) I walked up to the top of Namsan Mountain to see it. However, it is very regrettable that I can not see the yellow sand.] It

is full of yellow sand dust from the ground up to 1km above the ground.

Yellow sand has also been observed in space, and a huge chunk of dust from China crossing the West Sea comes into view.

The rain clouds seen from the satellite merged with the yellow sand, leading to yellow sand rain in the morning.

In some places, hail the size of a bean fell.

The situation is particularly serious this year.

It is already the 10th time that yellow sand has come to Seoul.

This is because the Inner Mongolia Highlands and the Gobi Desert, which are the origins of yellow sand, are drier than usual.

In Seoul and Chungnam, the concentration of dust exceeded the usual 10 times, mainly in western regions such as 600 ㎍ and 520 ㎍ in Jeonbuk.

The Ministry of Environment also issued a warning stage for the yellow dust crisis in the metropolitan area and Chungnam, saying that disasters are a concern.

Four matches were canceled, Jamsil, Suwon, Munhak, and Gwangju, but in the regular season, this has been in 3 years.

As yellow dust continues to flow, it is expected that tomorrow the air will be cloudy and the concentration of fine dust will be'very bad'.

Yellow sand is expected to continue until the day after tomorrow, Sunday morning.