Fortnite vs. Apple: the trial that will define the future of apps

There is much more at stake than a simple war over the fees charged by Apple. A verdict in favor of Epic could alter the conditions for millions of developers ... 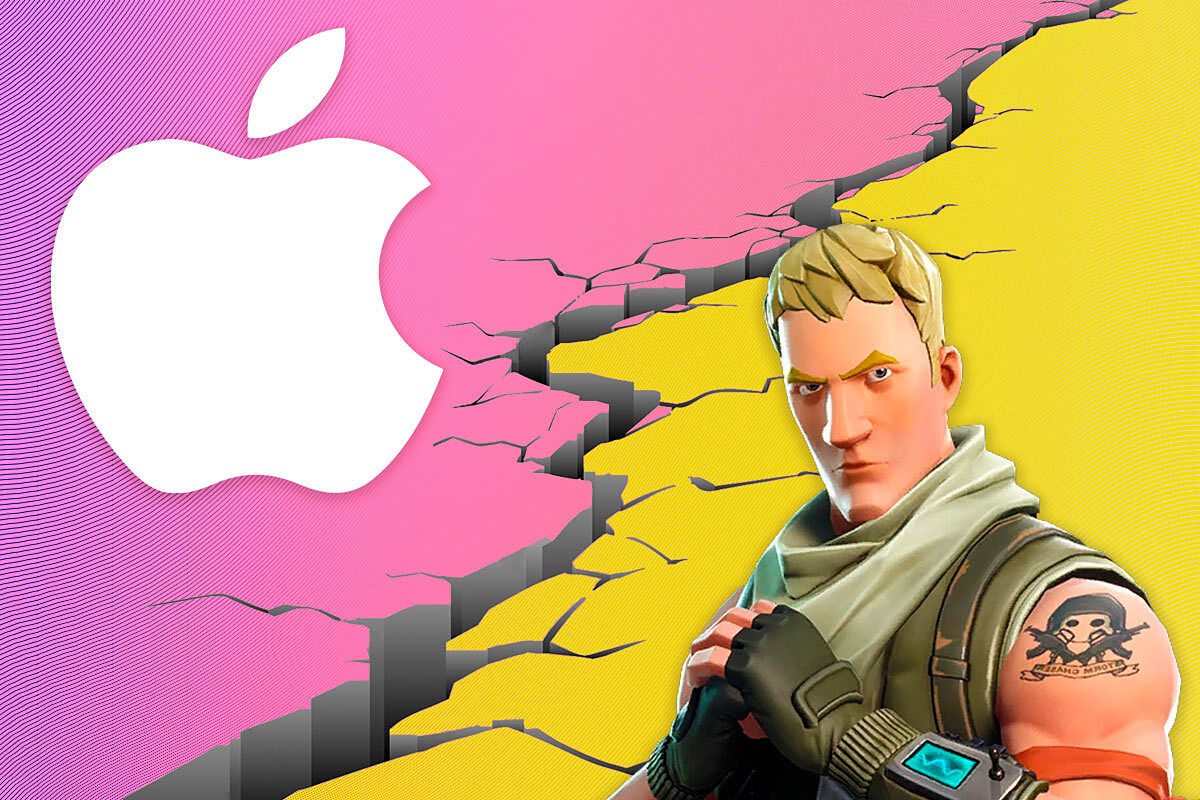 There is much more at stake than a simple war over the fees charged by Apple.

A verdict in favor of Epic could alter the conditions for the millions of developers who depend on this store to distribute their applications and games on iOS.

One that favors the apple company, ruining the future of the company behind the hit game of the moment: Fortnite.

In August 2020 this game disappeared from the AppStore because Epic decided to challenge Apple's rules by introducing its own payment system to buy "V-Bucks", the virtual currency that in the Fortnite universe is used to buy cosmetic improvements or "dances. "for the characters.

Until then, the terms of the AppStore required Epic to pay a 30% commission to Apple for each package of coins sold to iOS players.

Epic relied on the fame of the game, which then had more than 350 million players around the world, to force Apple's hand and try to negotiate more advantageous conditions.

Apple, abiding by its rules, simply removed it from the catalog.

The developer sued Apple in California courts for abusing its dominant position in the telephony market.

Several companies, including Microsoft and Spotify, have decided to publicly support Epic in their lawsuit, as their businesses are also affected by similar problems.

After several months of gathering evidence and testimonies that have brought to light some details of the internal politics of both companies, the trial began this week in a hearing closed to the public due to the precautionary measures imposed by the COVID-19 pandemic. , although with a telephone line enabled to listen to the process.

The strategy that both companies will follow during the trial is known.

Epic argues that Apple is abusing the market from a monopoly position by not allowing other app stores to exist on iOS or allowing the use of alternative payment systems to the official one in the AppStore.

Apple hides itself in that the conditions that Fortnite had in the AppStore are not different from those of other game stores, such as those that operate Xbox or Playstation.

In these stores the commission is

also 30% (typical in the industry) and yet Epic has not decided to break the rules on these other platforms.

Apple further argues that the fact that Fortnite can be enjoyed on all types of platforms, including rival Android phones, is proof that the AppStore is not a monopoly and that restrictions on third-party payment systems and app stores They benefit users due to the greater security offered by the AppStore.

It is important to remember that Epic decided at first not to be present in the Google application store, Google Play, and distribute Fortnite on that platform through other methods precisely to avoid paying 30% in commissions.

Epic finally had to give its arm to twist and reluctantly accept the conditions given the limited success of this strategy.

On the first day of the trial, Tim Sweeney, founder of Epic, acknowledged that he would have simply accepted a lower commission if Apple had been willing to negotiate in August of last year.

WHAT IS AT STAKE

For both companies this judgment is risky.

Fortnite is by far Epic's most successful product.

In the last two years, according to figures released at trial, this title generated $ 9 billion in revenue for the company.

He is responsible for most of Epic's profits as well.

Some divisions, such as the Epic Games Store, are at a loss and others, such as the Unreal game engine, are simply not as big of a business as selling "V-Bucks," even though they are very popular.

But the Fortnite phenomenon is not infinite and is already beginning to show signs of exhaustion.

To keep it fresh, Epic needs to add more and more content to the game, sign new deals with companies like Marvel and DC to create costumes for the characters, or attract big movie or music stars.

This growth strategy is very difficult to execute, giving up 30% of potential income up front.

But if Epic wins the lawsuit and gets Apple to be forced to accept not only alternative payment formulas but even other app stores within the iOS ecosystem, the door opens for the company to not only make more money with Fortnite, but also You can also bring the Epic Games Store to the iPhone, where it sells its own titles and those of third-party developers.

For Apple, on the other hand, a victory would be a respite from the growing pressure it faces from regulators in both the US and Europe for the practices it imposes on its app store.

Several commissions have been investigating the policies that are demanded from Cupertino for years because they believe that they could be harming some companies, such as Spotify, which have businesses that compete with Apple's own services (and that, obviously, do not pay commission).

The company closed the first quarter of 2021 with $ 15 billion in service revenue.

The figure includes subscriptions to products such as Apple Music, AppleCare or iCloud, but the bulk of that amount comes from the commissions generated by the AppStore and the success of purchases within third-party apps, especially games.

In an internal email released during the preliminary phase of the lawsuit, Phil Schiller, the company's former vice president of global marketing, was open in 2011 to have the 30% commission reduced once the store had significant revenue.

Over the years Apple has decreased this commission in some cases, such as subscriptions that are active for more than a year.

It has also created tailor-made exceptions for certain companies, such as Netflix or Amazon, that offer audiovisual content.

But for the vast majority of cases, including the sale of virtual objects and coins for games, the 30% figure remains.