Mission Alpha: the Crew Dragon capsule has docked to the International Space Station 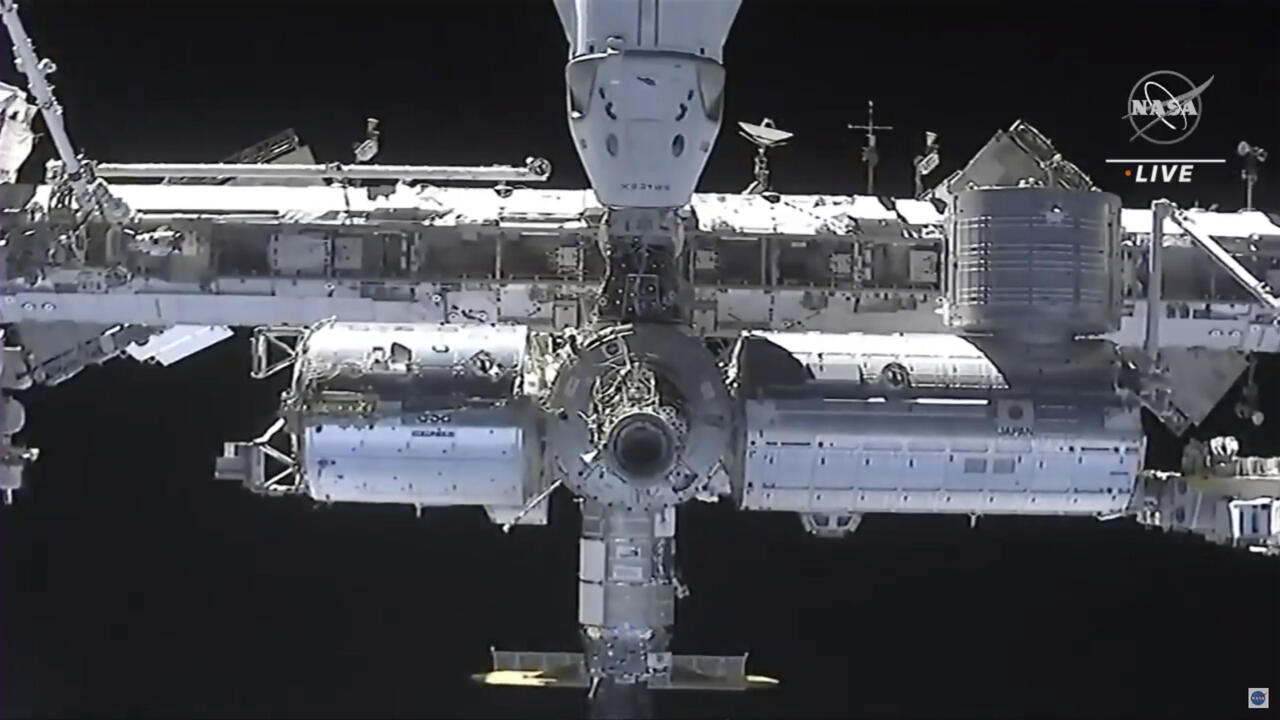 Mission Alpha: the Crew Dragon capsule has docked to the International Space Station

The International Space Station as seen from SpaceX's Crew Dragon capsule, which docked there on April 24, 2021. AP

took place about ten minutes later, with a mechanism locking the docking by a series of 12 latches between the ISS and the spacecraft.

Hard Capture over, welcome to Crew-2,

Thank you Shannon, we are happy to be here, we will see you all in a few minutes,

The vestibule between the capsule and the ISS is now under pressure so that the hatches on Endeavor and the space station can be opened within hours.

Congratulations to @ NASA's SpaceX Crew-2 for a successful docking with the International Space Station!

The Hubble team is thrilled that one of our servicing mission astronauts, @Astro_Megan (Crew-2's pilot), is part of this incredible mission.

To read also: Mission Alpha: docking to the ISS, a long and delicate operation

The takeoff took place this Friday, April 23 at dawn at the Kennedy Space Center, taking into space the four members of the Crew-2 mission: the French

for the European Space Agency (ESA), the Americans Shane Kimbrough and Megan McArthur and the Japanese Akihiko Hoshide.

With the success in May 2020 of its first manned test flight, Elon Musk's private company SpaceX broke the Russian monopoly on flights to the ISS and gave the Americans back the ability to accomplish this feat, after the end of the “Shuttle” space shuttles in 2011.

The space station is a privileged laboratory for science and research

Mission Alpha: Thomas Pesquet on his way to the ISS

Mission Alpha: docking to the ISS, a long and delicate operation

Mission Alpha: successful takeoff for Thomas Pesquet and his teammates